Vlambeer are dead. Almost, at least. The Dutch indie duo may have gone their separate ways, but they'll stick it out to release one last game, frenetic puzzle-shmup Ultrabugs. But it's their second-to-last game that may be most interesting, however, with an unfinished build of roguelite tower-defense FFFLOOD finding its way onto Itch earlier this week.

FFFLOOD was, in short, a Vlambeer'd take on tower defense that the devs had been messing with since Super Crate Box's launch in 2010. That meant it'd be "dumbed down and actioned up", replacing slow and careful tower placement with a hectic, constant onslaught of baddies you'd fight off by slamming turrets into the ground haphazardly.

"We wanted a game where you wouldn’t carefully consider your positioning, but instead hold down a button and drop a whole line of ten-ton turrets straight from orbit," JW Nijman writes on the FFFLOOD Itch page. "You didn’t shoot bullets, you shot guns. Cannons blazing, thousands of enemies active all at the same time."

Sure enough, that's what you get when you download the prototype off Itch right now. Okay, it's missing audio and is pretty damn rough around the edges, but the loop is there. Pick a loadout, slam down turrets, gather scrap and fend off hordes of vicious green peas. At the end of each wave, you've got a fairly Nuclear Throne-style upgrade selection - the first inklings of a roguelite loop that'd have you unlock more turrets and more classes with more unique abilities.

In the end, however, FFFLOOD never seemed to find its footing. Nijman writes that ideas shifted and grew faster than they could be implemented, and that a growing "pile of doubts and questions" kept the game from entering production proper. A big one of these was the messaging, surprisingly - there were early plans to really drive home themes of military fetishism and disaster capitalism, drawing heavily on Starship Troopers and the gun-porn of John Ringo's Posleen War books. 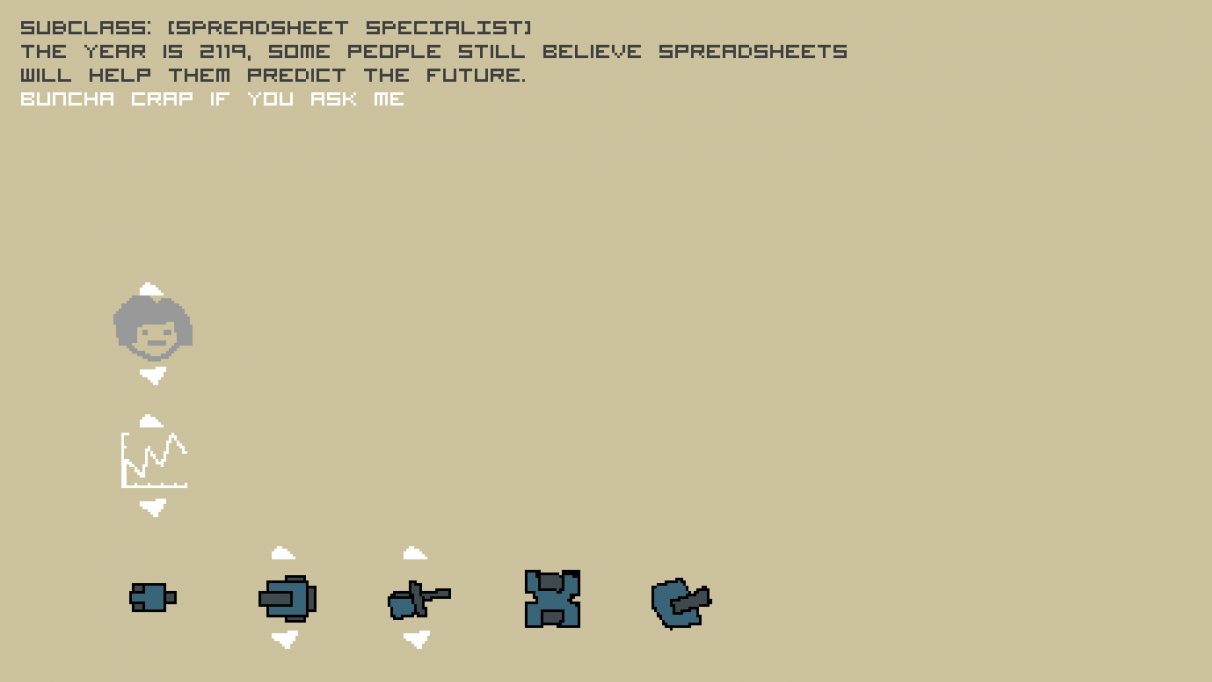 Unfortunately, Vlambeer's habit of making very quite fun gun games may have held back the tutting war condemnation: "There's a quote by filmmaker François Truffaut that goes 'There's no such thing as an anti-war film', and I felt like the same quote could be applied to games," Nijman explains. "In making a game that parodies military fetishism, we’d still be making it look really badass."

That doesn't mean the time spent on FFFLOOD was a waste, though. In releasing it, Vlambeer have given a peek into countless unfinished projects - a glimpse at one of the thousands of games from across the scene that, for whatever reason, just couldn't quite make the cut. It may never have wrapped, but that doesn't make its successes - or its failures - any less valuable.

"Not everything always needs to be completed: we're grateful for lessons we learnt and things we tried, and will take that knowledge forward in whatever we work on in the future."