The original Dungeon Keeper was one of the first sims to let you be a truly evil monster, but the kind of monster with farty demon underlings who helped you engage in all manner of hijinks. Bullfrog Entertainment's 1997 masterpiece spiritually lives on through War for the Overworld, which is probably something the good folks at Brightrock Games are tired of hearing. Before it's a helluva selling point and it's not an inappropriate comparison. The game got its final expansion this weekend, with a huge update for the original game to boot.

First off, if you're new to the game, check out Alec's review for our site. It is quite good. It also summarizes many of the issues with the game -- including a few that are seem to be resolved by these updates. 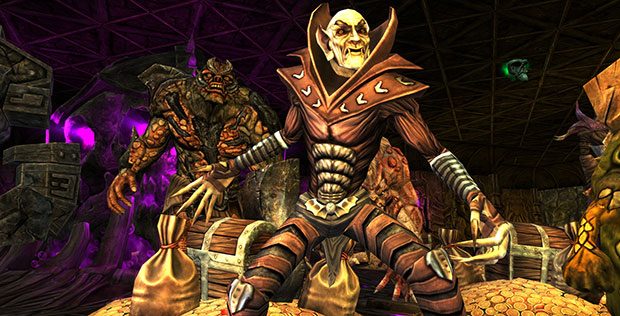 In The Under Games expansion, you compete with other Underlords in a tournament featuring a variety of scenarios. Those include the new King of the Underhill game mode, in which you capture key positions on the map and blast away at your opponent's dungeon core from the distance, as well as Core Shards, where you mount a more direct attack at the heart of your enemy's dungeon. Both new modes will also be available in the base game. The expansion also adds a cartload of new spells, potions, defenses, and map structures, including a teleportation shrine.

War for the Overworld is available on Steam and GOG now, as well as Humble.