If you click on a link and make a purchase we may receive a small commission. Read our editorial policy.
Developer: Funomena
Publisher: Annapurna Interactive
Release: Out now
On: Windows
From: Epic Games Store
For: £16/€20/$20

There's a certain degree of weirdness you'd expect from a Keita Takahashi game. Whether it's creating planets by rolling up the world's detritus (with the occasional screeching human and puzzled animal in tow) in Katamari Damacy, or using an LED controller to get naked while brushing your teeth in Tenya Wanya Teens, Takahashi's games have always baffled and bemused me in equal measure. They also tend to make me laugh a lot. I lost count of the times I sat there chuckling to myself playing Katamari Damacy ReRoll last year, and I was hoping Wattam, his latest game about a lonely green cube called Mayor who's in search of some friends, would put an equally big smile on my face.

Spoilers: it did not.

In its favour, Wattam definitely has that Takahashi weirdness. It's there in the childlike squeals and giggles, erupting from the sentient shapes, toys and assorted grocery items which gradually come to populate Mayor's strange, empty world. It's there in Mayor's signature party trick, where, with a lift of his black top hat, he sends himself - and anyone in his vicinity - shooting up into the air in a big, laugh-fuelled explosion. The rubber ducks, pencils and party candles of Wattam's world absolutely adore this sort of stuff, and I'll admit to a few grinning snorts myself - at least the first couple of times I was asked to do it.

The weirdness extends to other characters, too. My favourite is the jiggling, over-excited mouth called Beth, who just stops herself from devouring every last one of her food friends and turning them into big emoji swirls of multi-coloured poop. She also has a... toilet as a pal. She's called Emma, and can flush these stink-line-emitting poops (or indeed any other character you want) down the u-bend. Then they pop back out of her mate Alex (who is pipe), turned into golden versions of themselves.

It's a bit juvenile, sure, but it gets better. At one point, I had a bereft ice cream cone ask if I could help them out by finding an appropriate topping for them - and yes, it did involve smashing a dollop of gold-plated poop into their craterous noggin. But it was cheers all round from the newly united pair, and off they went, content that they were finally whole and complete.

There are many such moments to be found in Wattam. But after four hours of fetch quest after fetch quest, the joke does start to wear a bit thin. It's all a bit 'bring the sentient onion to the sentient, landlocked island so they can cry a sea's worth of tears to make themselves a proper island' and 'stack enough poops on top of each other to appease the golden bowling pin who's obsessed with being the same height as everyone else'. At no point are you ever in doubt as to what you need to do, since every objective is spelled out in big letters or glowing circles for you. Instead, all you're really left with is fitting quest objects of appropriate shape into corresponding quest holes.

I'm sure there will be plenty of people who will be absolutely down with that. Heck, Untitled Goose Game did practically exactly the same thing at the end of last year. And yet that horrible goose has so much more going for it than Wattam's cast of babbling doodads. I felt genuine sparks of creative genius when I managed to cross off one of my goals in the goose game, but Wattam's refusal to engage with its own weirdness leaves it feeling bland and uninspired by comparison. I'm sure kids will get a kick out of it, especially given there are farts, poops and explosions of giggles constantly on tap, but most of it left me cold.

So much of Wattam feels underutilised. As you gradually complete each island's objectives, for example, new buddies are bussed in on all manner of aircraft, from giant rubber ducks to beds, tables and even - yes - flying toilets. The aircraft are also people. Sadly, these larger buddies are only good for ferrying smaller objects/people between islands (yet another missed opportunity for silly mayhem, if you ask me), and even most of the passengers they bring to the party have no purpose whatsoever. They're just there, giggling and generally getting in the way. 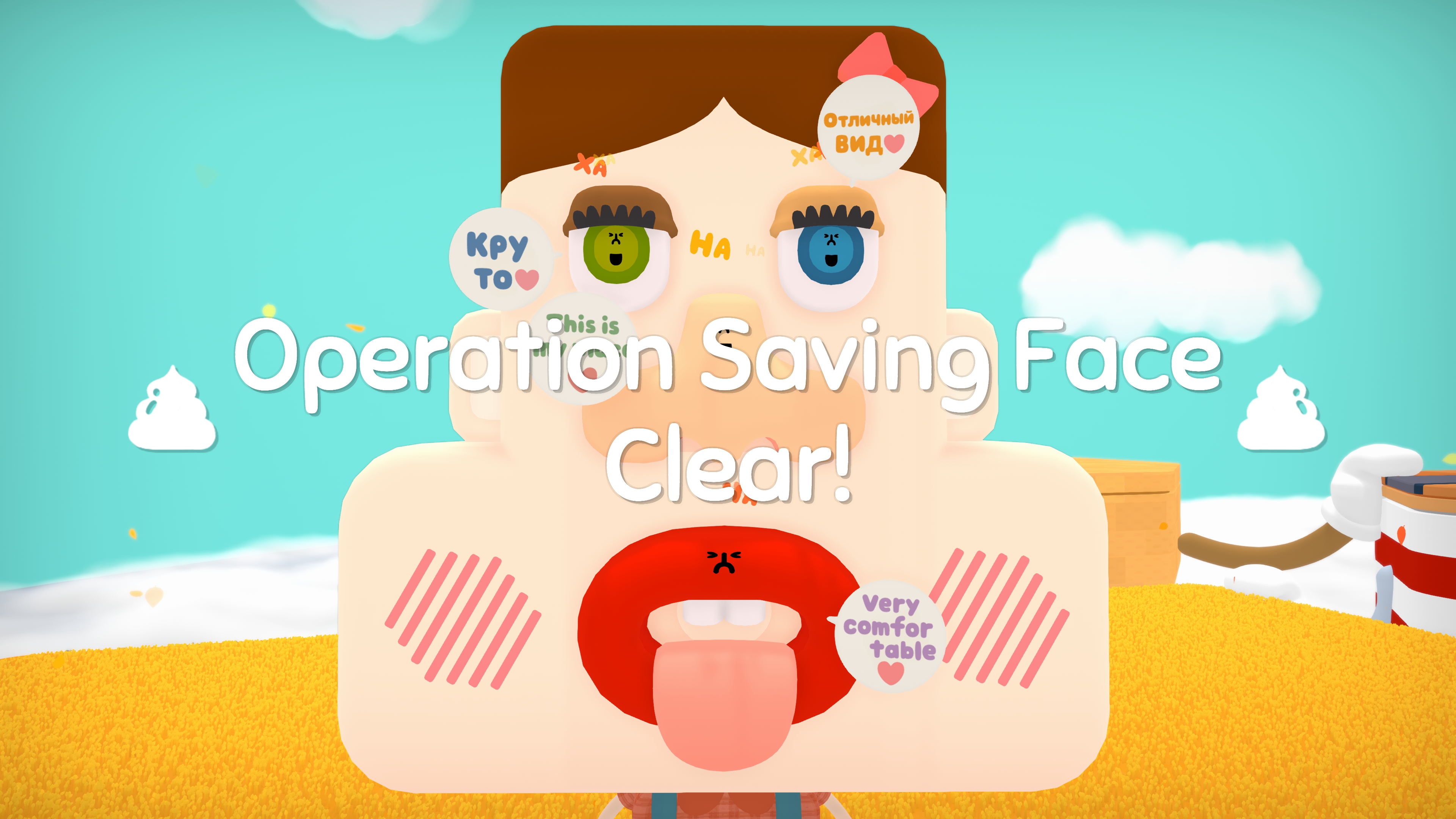 Wattam doesn't even really make you engage with the chain reactions that get set off over the course of its strange adventure, which just makes the characters involved feel all the more superfluous. Trees, for example, can gobble up practically every object available and burp them back out as fruits, vegetables, or even twinkling Christmas lights. The pillow can send things to sleep, while the onion forces everyone to break out in tears as soon as they get near it. There's even a cute ruler that can tell everyone how tall they are. But at no point will you ever need to call upon these special powers to help anyone out. Instead, it's just constant fart jokes and making things go 'kaboom' with Mayor's hat.

The controls are a bit of a pain as well, regardless of whether you're playing on mouse and keyboard, or a controller. The latter is slightly more intuitive, but with camera controls mapped to trigger buttons instead of the right analogue stick (which you'll need in order to switch between characters), it's still a bit of a mess. The controls became particularly frustrating during the game's single (and rather misjudged) "boss" battle, in which you have to chase after a giant, terrified (and terrifying) doll, pelting her with things, then reattaching its lost eyes, nose and mouth while she's stunned. It's fiddly work, made worse by having to navigate the hordes of cavorting bath toys and bits of sushi constantly trying to join in the fun.

Ultimately, I was just a bit bored by the time I finally got to Wattam's end credits, which is the last thing I wanted or expected to be, after having such a good time with Katamari Damacy Reroll last year. There is indeed plenty of Takahashi weirdness to be found in Wattam, but it's of limited value without the magic, the soul, or just the basic ingenuity required to connect the dots and make it all sing. Some folks will love it all the same, but if silly mayhem is what you're after, you'd be best off honking away to the goose game, rather than farting around with Wattam.