Distrust is just about the most John Carpenter-ish tribute game you could hope for. The indie title, which came out last year, was one of my favorite weirdo diamonds in the rough of 2017. The game's publisher ran a promotion based on in-game collectibles and a big cruise as reward. I'd never seen any follow-up on this, so I woke up this morning wondering: What happened to Distrust's Antarctic cruise?

Publisher Alawar Premium is perhaps better known for their bleak Orwellian surveillance simulator Behloder, but Distrust is the kind of project I spent a year looking forward to. It's basically the movie The Thing, with aliens and (you know) distrust among a group of scientists that are attempting to survive a frozen hellscape, sleep deprivation, and other fleshy weak human problems. The game also splits from the Carpenter jumping-off point by making the aliens really bizarre and adding layers of mechanics that make for fascinating science fiction adventure.

Here's the trailer if you've never seen the game in action:

The game underwent a number of almost immediate updates, as some of the randomization didn't sit right with players that thought it created an unreasonable level of difficulty. After that was patched, a co-op mode was added, that I'm still yet to try. But late last year, a special edition of the game was temporarily live on Steam called Distrust: Antarctic Cruise edition. For players that could find and collect the five torn pieces of a hidden ticket, a random player to have unlocked the achievement during this time would win a ten day Antarctic cruise. I'd just never heard what came from this and for such a clever promotion, someone should have made a bigger deal about it.

Well, we did a little digging and it turns out the rewards for travel (and some nice jackets!) were paid out earlier in 2018, via a live random number generator video as seen below.

So congrats to whomever took a very cold cruise and kudos to companies matching in-game collectibles with cute touches like this. Unless this was all just a plan to kidnap a gamer and replace them with a parasitic host. In that case, we welcome our new alien overlords.

You can check out Distrust on Steam. 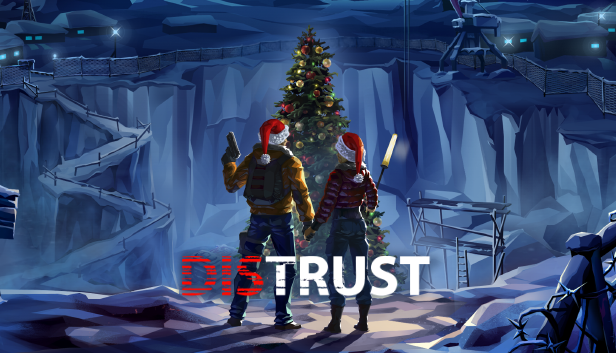