Right now, as I'm sure you're aware, none of us are allowed to touch anything with our hands, in case we spread viral loads from yesterday's grubby front door to today's gaping mouth hole. Many of us are adapting to this by instead using our feet to take on many everyday hand tasks; I am typing this with my long and dextrous toes. Feet: they're the new hands!

I assume this is the reason that publishers, scenting feet on the air, are increasingly partnering with shoe companies to make trainer tie-ins for their games. Either that or there has been some sort of consumer survey indicating that we all really want to showcase our favourite games with shoes, the one item of clothing that The Shawshank Redemption has taught me people do not look at. I do not understand this new merch trend, is what I'm saying. But the thing is, I would totally buy video game shoes if they weren't all embarrassing to wear.

As if some sort of Bat signal but for merch recently got switched on, the last month has seen Ubisoft, Bungie and CD Projekt all reveal shoestravaganzas (though the latter's Cyberpunk 2077 Adidas... Adidases? Adidasii? are only available in select Asian markets). I am a particular fan of the reveal video for the Assassin's Creed Valhalla Reeboks, where the blending of contemporary models with stuff like flaming arrows and Viking shields gives the whole thing the vibe of a 'modern girl in AC' self-insert fanfiction. 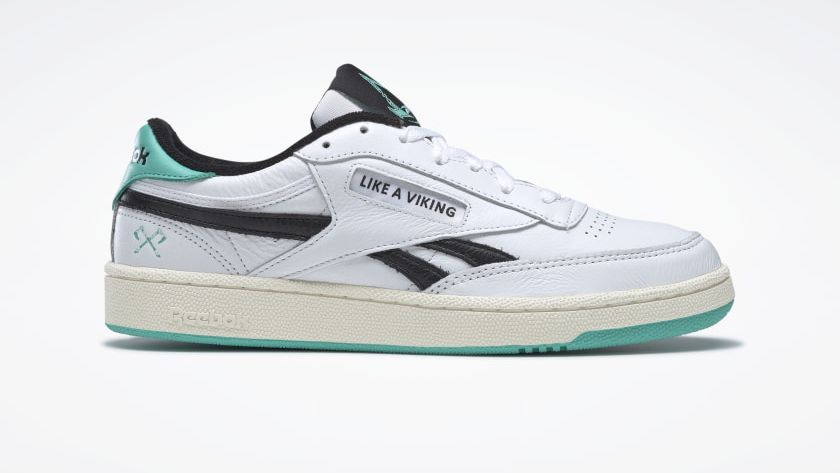 But like I said, I'm nothing if not an impressionable idiot, unlike the other Alice, who does not buy merch. I was totally up for the white AC trainers with blue and black accents - and then I noticed they all have LIKE A VIKING written on them.

I'm not like a Viking if I wear them. Vikings wouldn't have worn Reeboks, because they didn't exist back then.

Come on mate. You're having a laugh. I can't wear that. That's embarrassing. And I say that as someone who has a BioShock Infinite tattoo taking up one entire forearm. What does the phrase mean in the context of being embroidered on a £75 shoe? It can't be saying the shoes themselves are like a Viking. They don't do anything like a Viking; they're shoes. And I'm not like a Viking if I wear them, surely. Vikings wouldn't have worn Reeboks, because they didn't exist back then.

I quite like the £175 Destiny 2 booties too, but I am confused by the ones that have their own tiny seatbelts, implying that the act of wearing this boot is a fuckin' safety hazard for your feet. Strap yourself in, Guardian, because you're in for a wild ride with Destiny 2: Beyond Light! 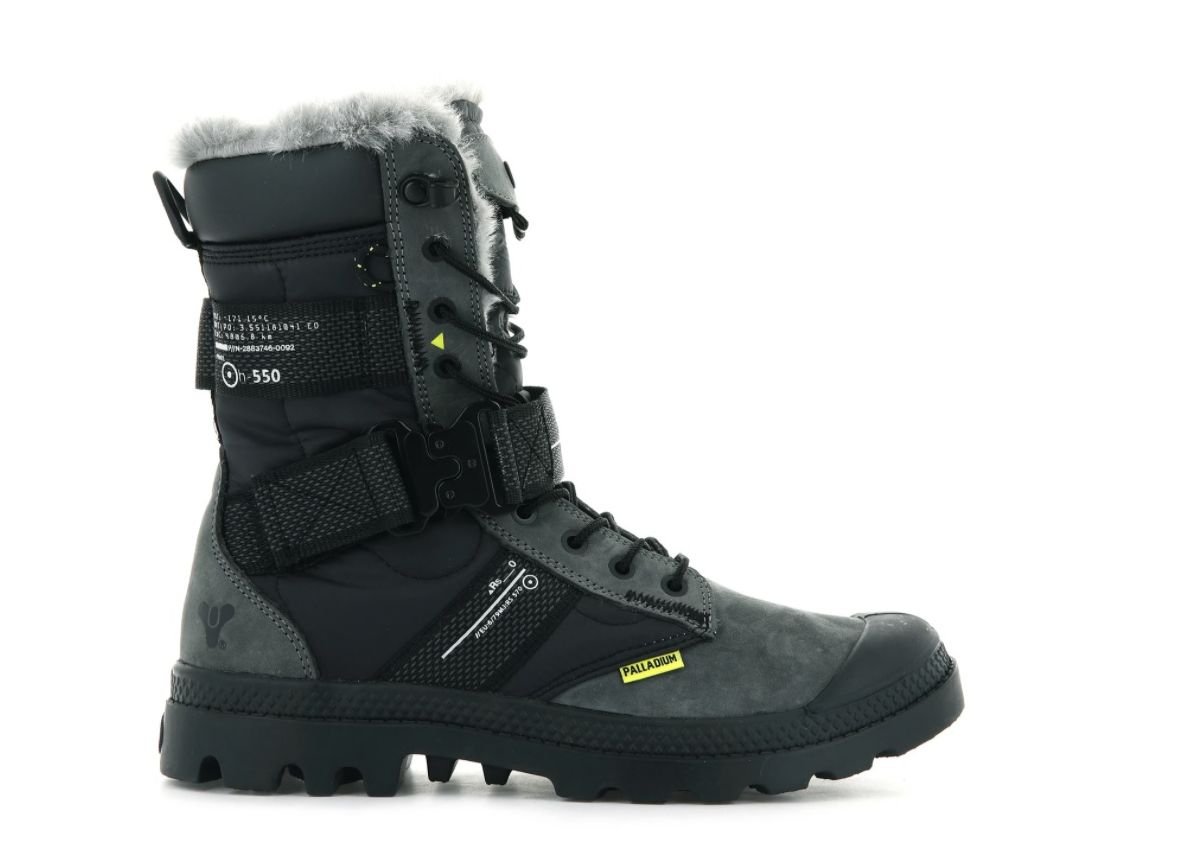 I do, however, want to give a shout out to the copywriter for Palladium Boots, who managed to come up with things like "in the depths of mystery lay the answers to progression, and it's these answers that are the motivation for exploration. Exploration has always been the ethos of Palladium as well as the beating heart of Destiny". (This is way better than "the squiggly tentacles of an alien's face reminded me of coleslaw", as discussed in one of our recent podcasts.)

The less said about those Cyberpunk shoes the better. 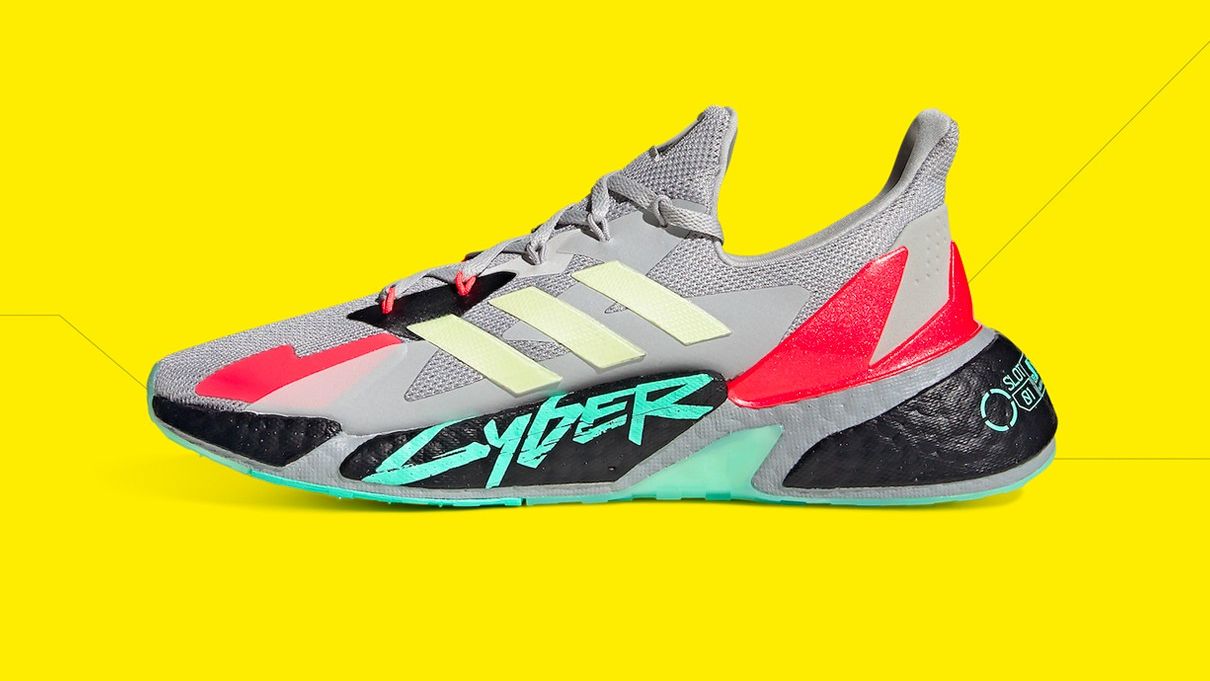 I'm not a shoe aficionado, I must admit, but up to $250 seems pretty steep for merch shoes that say CYBER on one and PUNK on the other, and resemble a SNES dressed up for a 90s rave.

Is this whole thing a reverse-psychology power play? The shoes are ugly, yet I am thinking and talking about the shoes. In which case, played to perfection, video games. You win this round.

Developers, I am not saying do not make high profile, big brand shoe merch. I am saying make them better.