By all accounts, changing gender in World Of Warcraf has always been simpler than doing it for real. No appointments, no faff, no convincing Bobby Kotick through two years "lived experience" - just pay Blizzard a small fee and they'd let you rebuild your digital persona from the ground up. With this year's World Of Warcraft: Shadowlands expansion, even that hurdle is getting the boot, as it becomes yet another option under Azeroth's increasingly-talented barbers.

Prior to the in-game barbershop, the only way to alter your character's hair, skin colour, facial features or gender was through a paid character customisation service. Popping to the hairdressers from Wrath Of The Lich King onwards soon made much of that redundant, but you'd still need to fork out £13 to change gender or skin colour.

Speaking to our pals at Eurogamer, however, executive producer John Hight explained that the cost of transition is being removed in World Of Warcraft: Shadowlands. "As we were adding things up in Shadowlands, we realised, 'Gosh the only way you can change your gender in World of Warcraft is to go through this paid service," Hight explains. "And we felt like that's not the right message."

While he admits it's something they "right now", expect this change to arrive when Shadowlands rolls around later this year. Granted, even 13 quid was still a damn sight cheaper and more timely than trying to achieve the same means via the UK's healthcare service. Damn, Nat, got 'em. 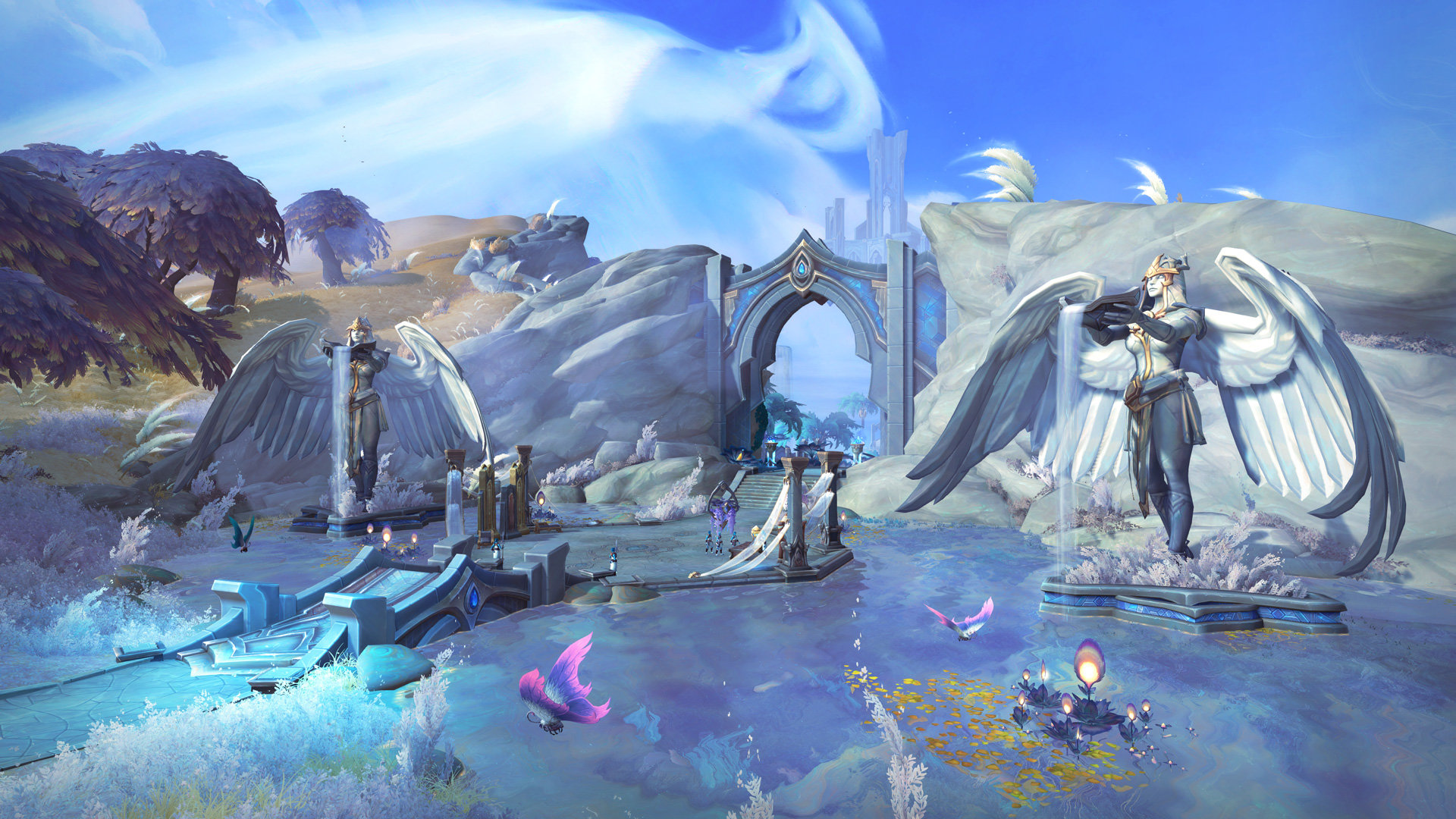 The conversation apparently came up after discussing a minor Shadowlands character named Pelagos, who - according to a forum post last week - many reckon may be the game's first openly trans character. As community manager Kaivax explained: "A key part of the Bastion storyline is that Aspirants are able to choose a physical form that represents their true self. Pelagos, who presented as a woman in his mortal life, chose to be a man in the Shadowlands".

Listen, though. As a queer person who's been in a love/hate relationship with World Of Warcraft for the better part of two decades, I'm hesitant. I wouldn't be the first to start messing with gender identity in Blizzard's monolithic MMO, and seeing that reflection by the fiction would be a welcome recognition of that. But the text of that game has deeply troubled politics. Limited customisation options mean player characters are split between hunky guys and busty women, while races like Trolls and Tauren struggle to escape their roots in real-world stereotypes. The studio's gender politics are also a bit weird, as critic Nico Deya wrote for Vice regarding Blizzard's uneasy, fearful approach to their female leads.

I'm not sure that I trust Blizzard with a trans narrative right now, even for as seemingly minor a character. Honestly, though, I'm not sure what them pulling one off would even look like. But hey, maybe they'll manage it. I'd not be averse to seeing more varied voices in that world, after all. It's just a shame your man had to die before transitioning - that's a damn sight more costly than a tenner-and-change.

Our on-call World Of Warcraft expert Christos Reid has been plugging away at Shadowlands for the last few weeks. With a massively revamped new player experience, the ageing MMO might finally be something you can recommend to pals without signing them up for a months-long trawl through decade-old questing. Nice, that.