The Room, as I once very wisely said, is the game Myst should have been. Astoundingly pretty graphics, impossible mechanisms and peculiar levers, switches and buttons, and so very many puzzles to solve, all set within a story so mysterious as to be close to impossible to fathom. Except in The Room's series of games there's a coherence, a delicacy of touch, and a far finer degree of craft, justifying why the four games have been such astonishing hits on mobile. And as with the first two games of the series, after an extremely long time The Room Three has made its way to PC. Almost three years this time. But it's a three years spent, they say, rebuilding the entire game from the ground up to be in a PC's super-hi-def graphicy magic.

Quite why they don't just build it to its max spec in the first place, and downgrade it for mobile, I've no idea. But then I've also no idea if that last sentence even made sense, so ignore me. However, stop ignoring me when I tell you that The Room Three is absolutely brilliant, and a significant step forward for an already superb series.

I have, I'll confess, never quite managed to follow what narrative there is in these games. So far as I can tell, the player is the victim of some unseen Machiavellian puzzle creator, who at the start of this game claims to be called The Craftsman. The previous two games were set in the house of one "A.S.", which was finally consumed by a malevolent black ooze called the Null, and things begin here as you make good your escape on a train. Except it all goes wrong when yet another puzzle box appears on your train table, and then passing through a tunnel sees you impossibly transported to Grey Holm, an island estate comprised of landmarks like a church, lighthouse, observatory, and so on. Here you're once more reading notes and solving everything that might look like a puzzle, in the hope of escape. 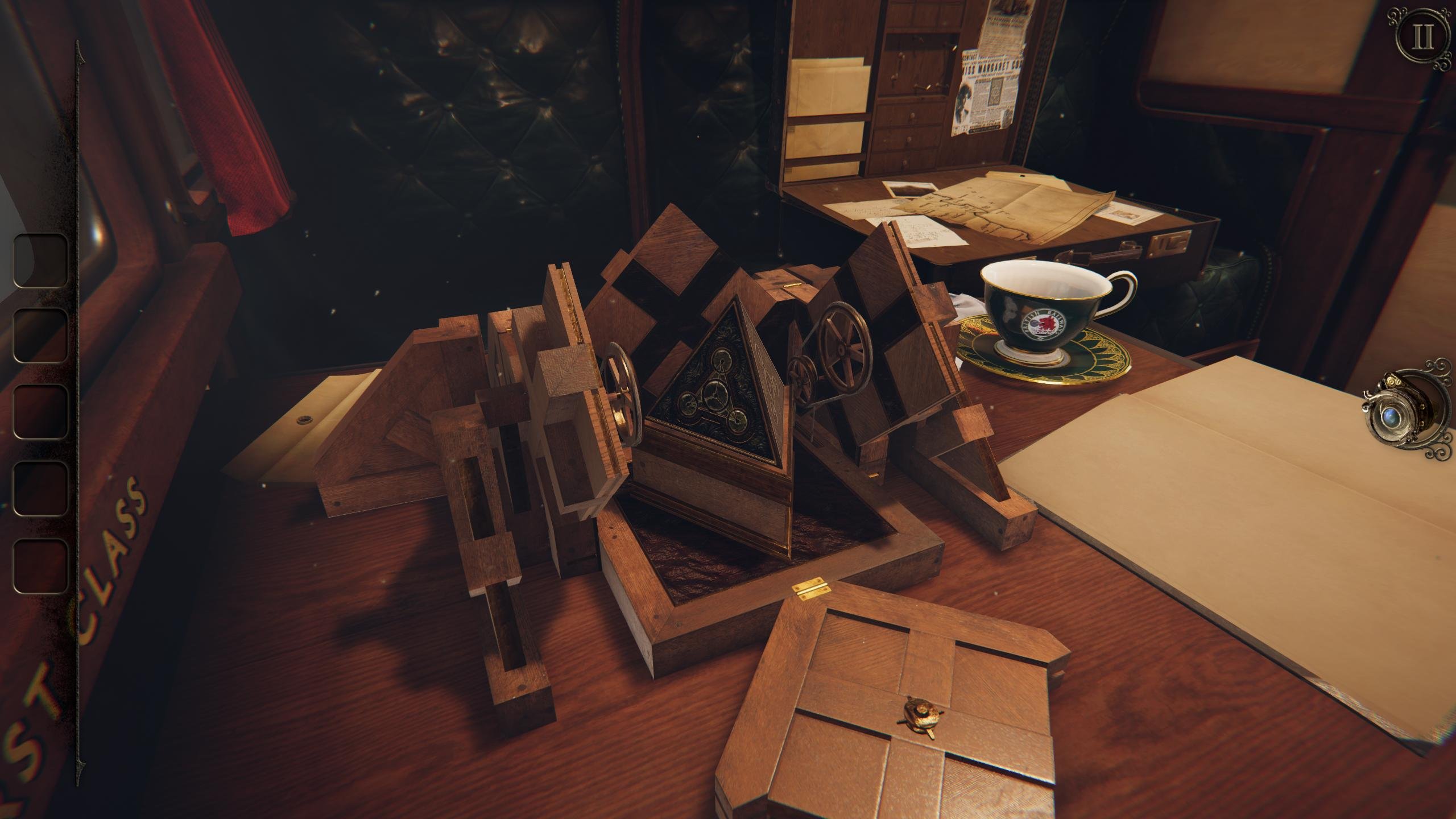 The Room has, of course, seen many imitators over the years. Hell, it's hard to imagine the current plague of Escape Rooms currently popping up in every town would have happened without The Room's popularising the genre so successfully. But of all I've played, and believe me I've played many, none comes close to being able to replicate Fireproof's combination of intricacy and coherence. (The amazing Cube Escape games of course aiming for neither.) And that's the case again here, in a four-hour game that feels so much more epic than the play-time suggests. (And let's bear in mind that my four hours is after having completed the game already on mobile, albeit a couple of years ago.)

A table in the centre of a room can become the site of a dozen puzzles, as mechanical pieces whirr and turn, wooden buildings rise and fall, boxes wonderfully unfold to reveal yet more parts and puzzles and pieces... And then add to this the upgrade to the series' eyepiece, that allows you to magically travel inside miniature doors and windows to enter model buildings, and complete yet more challenges within. 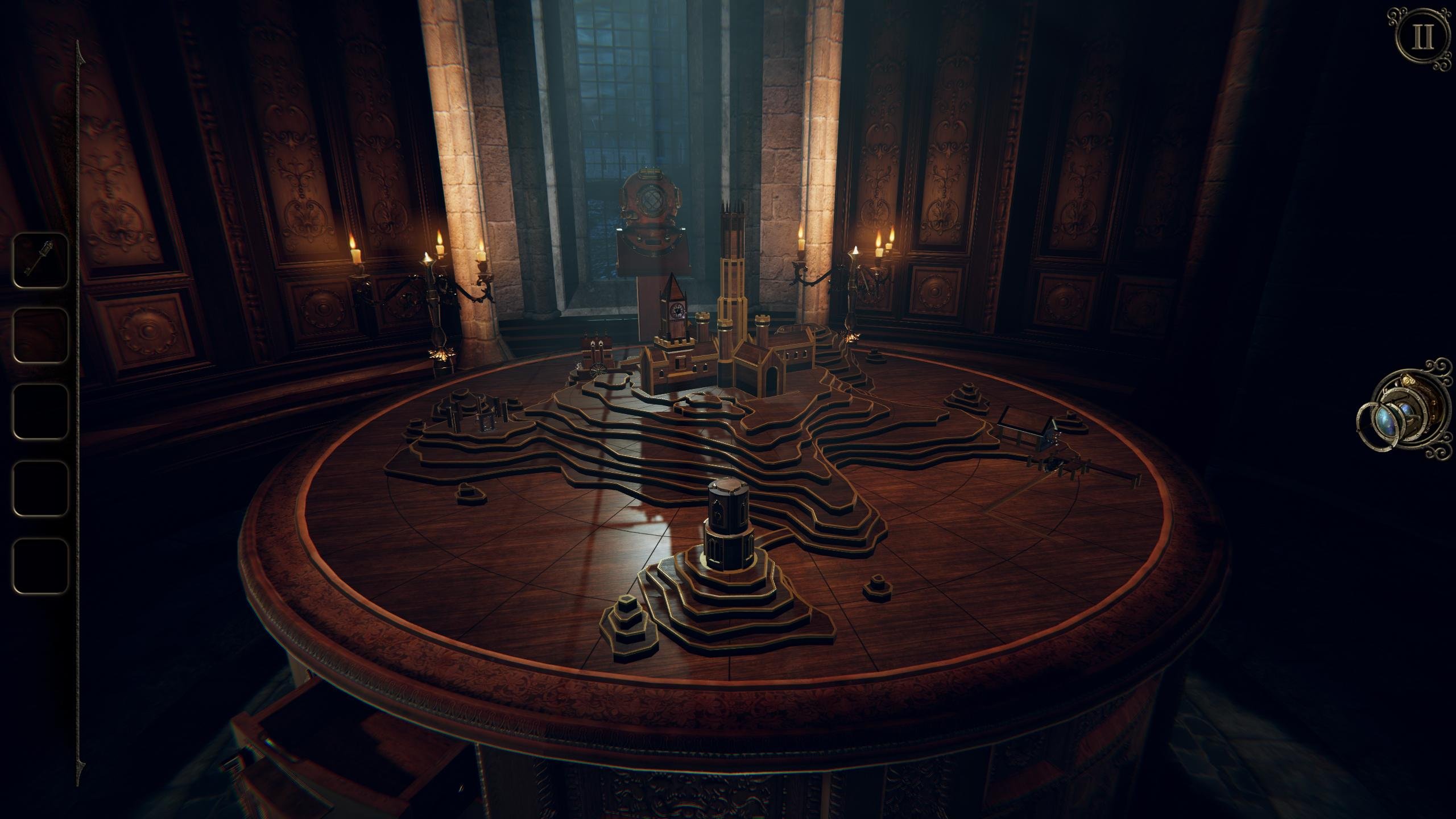 Everything clicks, and slides, and clunks, and folds in the most satisfying way. Clicking buttons is obviously an innate pleasure for all humans, and The Room Three understands this on such a wonderful level, as your interactions reap such visually and aurally gratifying rewards.

The only thing is, as ever it remains a game more satisfying to play on a touchscreen. There's absolutely nothing wrong with the mouse controls, but The Room was conceived in 2012 as an attempt to take advantage of the burgeoning mobile market with a high quality product built with the tactile controls in mind. They're games best explored with by touch, your fingers grappling with the items in the world, turning those wheels and flicking those switches. The mouse is definitely the second best option.

And yet it remains the case that the PC builds feel like the definitive versions, every asset and background rebuilt in far higher quality, once more the case here. The only thing I thought that felt a bit of a let-down were the tendrils of Null that worm through doorways and over tables - on mobile they were very effective, here they look a bit corny. Otherwise, everything is meticulously beautiful, in the series' distinctive hyper-realistic, shiny way. 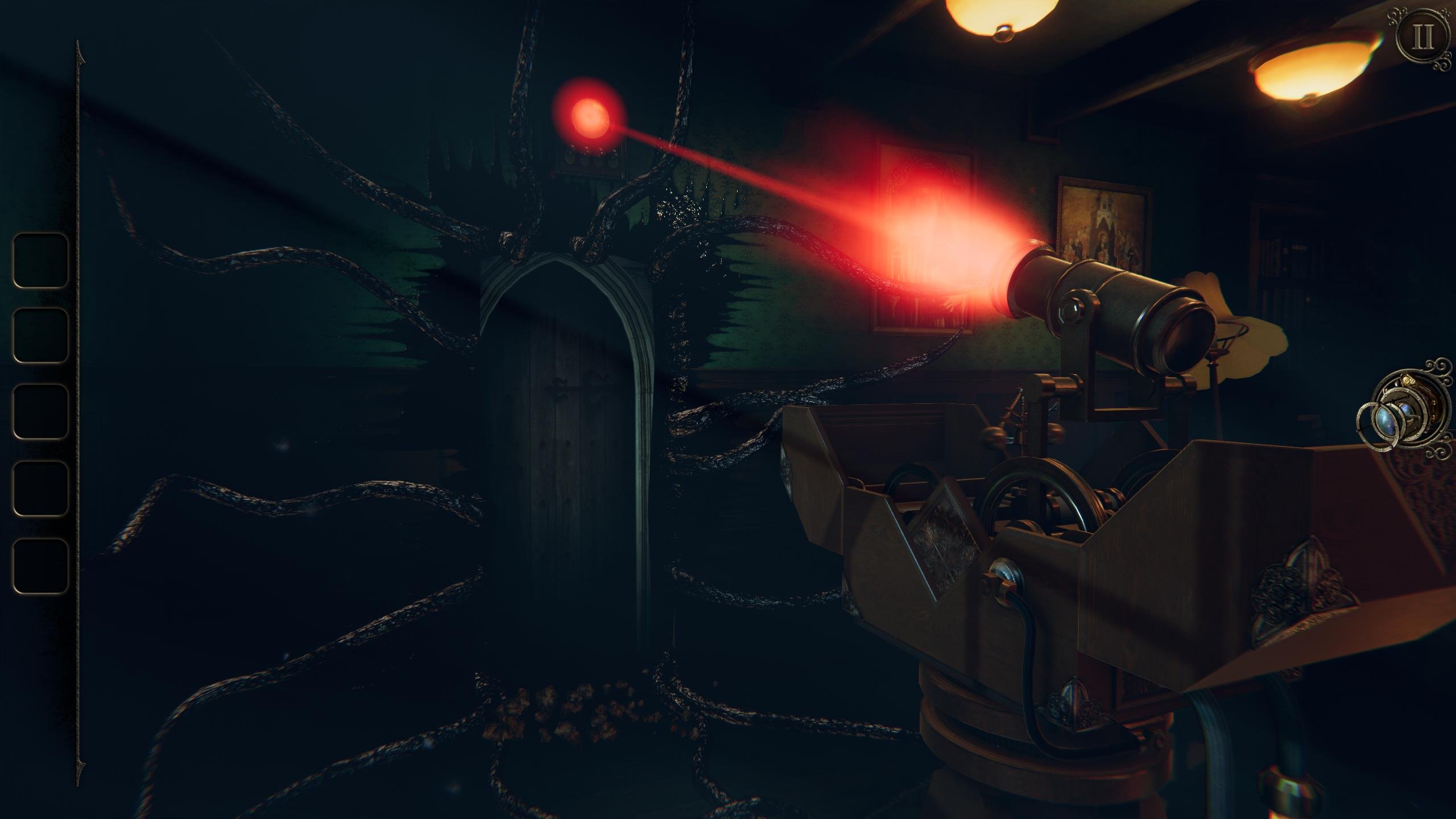 The Room has already had its fourth outing on mobile, The Room: Old Sins released at the start of 2018. Presumably we'll be seeing that on PC some time in 2020! In the meantime, if you never did on mobile, then this is an exquisite puzzle game to play on PC, and only a fiver for the honour.