Sega have relaunched the first patch for Yakuza 0, aiming to fix several crashes in their delightful dad simulator, after its initial launch last week went a bit wonky. 'Patch 1', as it's snappily titled, first hit last Monday but Sega reverted it within hours after discovering it caused several unintended new bugs. After a week of fixing and testing, here it is again, come to spare us all the anxiety of being separated from our two dads.

Patch 1 is a 113MB download, which Steam should already be automatically slamming into your cyberpipe. The changelist of today's patch is the same as before:

Only now it (hopefully) doesn't have the unpleasant side effects. I no longer have a save file within striking distance of the Pocket Circuit crash I experienced but fingers crossed the patch fixed that too so I crush that lousy child's toy car.

Also, players have stepped up to fix some issues like over-enthusiastic level of detail settings by making their own patches. A shame we need players to do that, but bless "Havoc" there for their LodMod. Hopefully Sega will learn from all this and fix up Yakuza 0 - then carry improvements over into Yakuza Kiwami, which they say will follow "soon."

The carcrash aside, I'm still having a grand old time with Yakuza 0. I've not been near a main quest in days, rather happily acting as a surrogate father to entire cities. While many wank on about 'ludonarrative dissonance' in the daddification of video games--that tonal shift when gentle souls turn around and stab strangers in the neck--here is feels perfectly right when the dadly duo will give dadly advice to a tot then seconds later catch a swung sword in their teeth then hurl the blade into a fella. Kiryu will let no man stand in the way of dadly duty and honour, and Majima is a manipulative radge but does like to dream that he could be a decent dude if only... y'see, being a dad is just so nice. 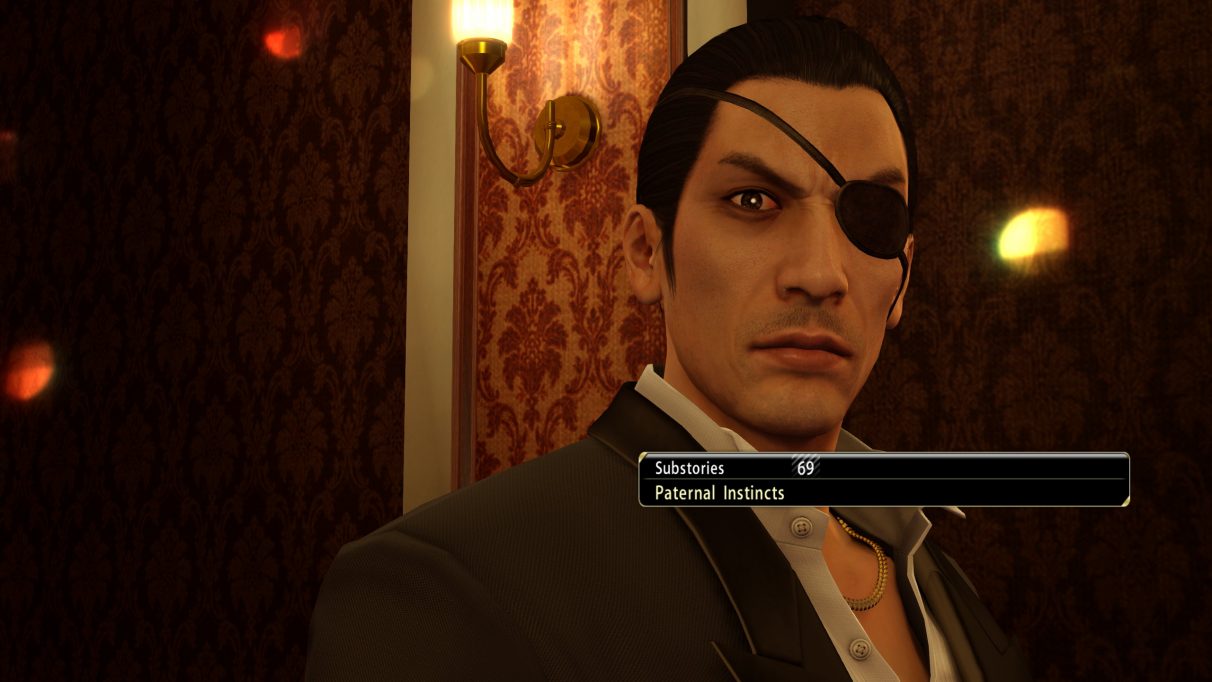