It seems like an eternity has passed since the initial launch of Nvidia’s RTX Super cards, but here we are at last with the final GPU in the trilogy, the RTX 2080 Super. It’s still not the most powerful graphics card in Nvidia’s RTX arsenal – that honour continues to be held by the RTX 2080 Ti – but compared to the rest of Nvidia’s real-time ray tracing machines, the RTX 2080 Super is definitely a much more straightforward proposition than either of its Super siblings, the RTX 2060 Super or RTX 2070 Super.

For starters, this is intended to replace the RTX 2080 rather than sit alongside it, and Nvidia say it’s also meant to deliver up to 10% more performance for the same price. In fact, if you compare the cost of Nvidia’s two Founders Edition cards, the £669 / $699 RTX 2080 Super actually comes in £80 / $100 less than its predecessor did when it launched last year. Throw in a distinct lack of competition from AMD right now (especially if those rumours about the Radeon 7 going end of life are to be believed), plus two free games in the form of Control and Wolfenstein: Youngblood, and on paper there’s really no reason why you wouldn’t pick the RTX 2080 Super as your next 4K graphics card. Is it really worth spending another two hundred quid over our current 4K best graphics card pick, the RTX 2070 Super, though? Here’s wot I think.

First, some specs. As you can see from the table below, the RTX 2070 Super already looks suspiciously close to the original RTX 2080. It doesn’t have as many CUDA cores as the RTX 2080, but it’s faster, got just as much memory, and can perform more Tensor FLOPS when it comes to ray tracing. The RTX 2080 Super, on the other hand, is faster still, and can churn through more data per second thanks to its higher clocked memory, coming in at 15.5 Gbps rather than 14 Gbps. It’s still got nothing on the RTX 2080 Ti, but that’s considerably more expensive as a result. I’ve just included it here to give you a better picture of where it sits in Nvidia’s current RTX family.

So how does that extra super-ness translate in practice? Well, it’s definitely faster than the RTX 2080, but much like I found with the RTX 2070 Super, there are still some instances where you’ll see hardly any improvement whatsoever, particularly at 4K. In truth, that’s partly because my RTX 2080 results are based on Nvidia’s overclocked Founders Edition of the card, which is naturally a bit faster than other versions of the card out there at the moment. The RTX 2080 Super Founders Edition, meanwhile, runs at its stock reference spec speed.

Indeed, even Nvidia say the RTX 2080 Super Founders Edition is only around 3-5% faster than its non-Super FE counterpart, so that’s probably why some games mentioned in this review run pretty much exactly the same as before. I do also have Zotac’s overclocked AMP Extreme RTX 2080 Super in for testing, however, and I’ll be doing a separate comparison piece on that very shortly. 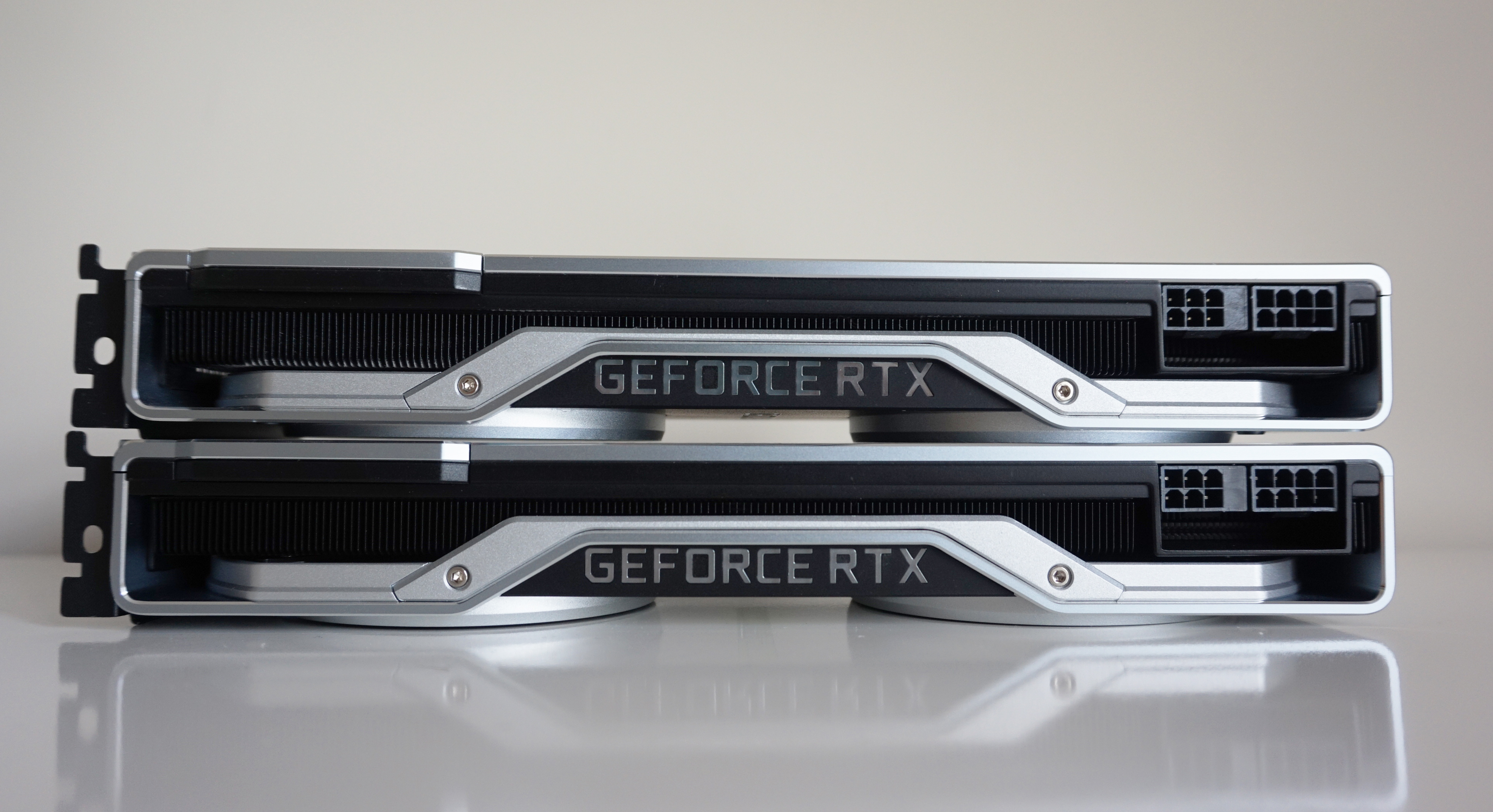 The RTX 2080 Super Founders Edition is exactly the same size as the original RTX 2080 FE, and uses the same 8 / 6-pin power connector combo as well.

For now, though, let’s focus on the two Founders Edition cards. In Total War: Three Kingdoms, for example, the RTX 2080 Super was only a single frame ahead on High when I ran it through the game’s internal battle benchmark, finishing with an average of 43fps compared to the RTX 2080’s 42fps. The gap widened slightly on Medium, but we’re still only talking a difference of 69fps versus 64fps – which you won’t notice anyway at this resolution due to the lack of high refresh rate 4K screens currently available.

Monster Hunter: World was similarly static at 4K. The Super was ever so slightly ahead on High, ranging between 47-52fps out in the field compared to its predecessor’s 45-50fps, but knocking the quality back down to Mid saw both cards produce 50-57fps.

The same goes for Assassin’s Creed Odyssey. The Super nudged ahead on High, finishing the game’s internal benchmark with an average of 58fps compared to the RTX 2080’s 55fps, but Very High saw both cards finish within a single frame of each other – the Super with 49fps and the non-Super with 48fps.

In a way, though, this isn’t really that big a deal. Sure, it’s a tad disappointing, but when the RTX 2080 Super is going to replace the original RTX 2080, I’m not really that worried about some games being effectively as fast as they were before. After all, each of the results I’ve just mentioned is still a good 5fps-odd faster than what the RTX 2070 Super managed on the same graphics settings – which, when we’re dealing with these kind of frame rates is enough to make one thing feel noticeably smoother than the other – and the rest of my testing suite only widened that gap further, putting even more distance between each RTX Super card. 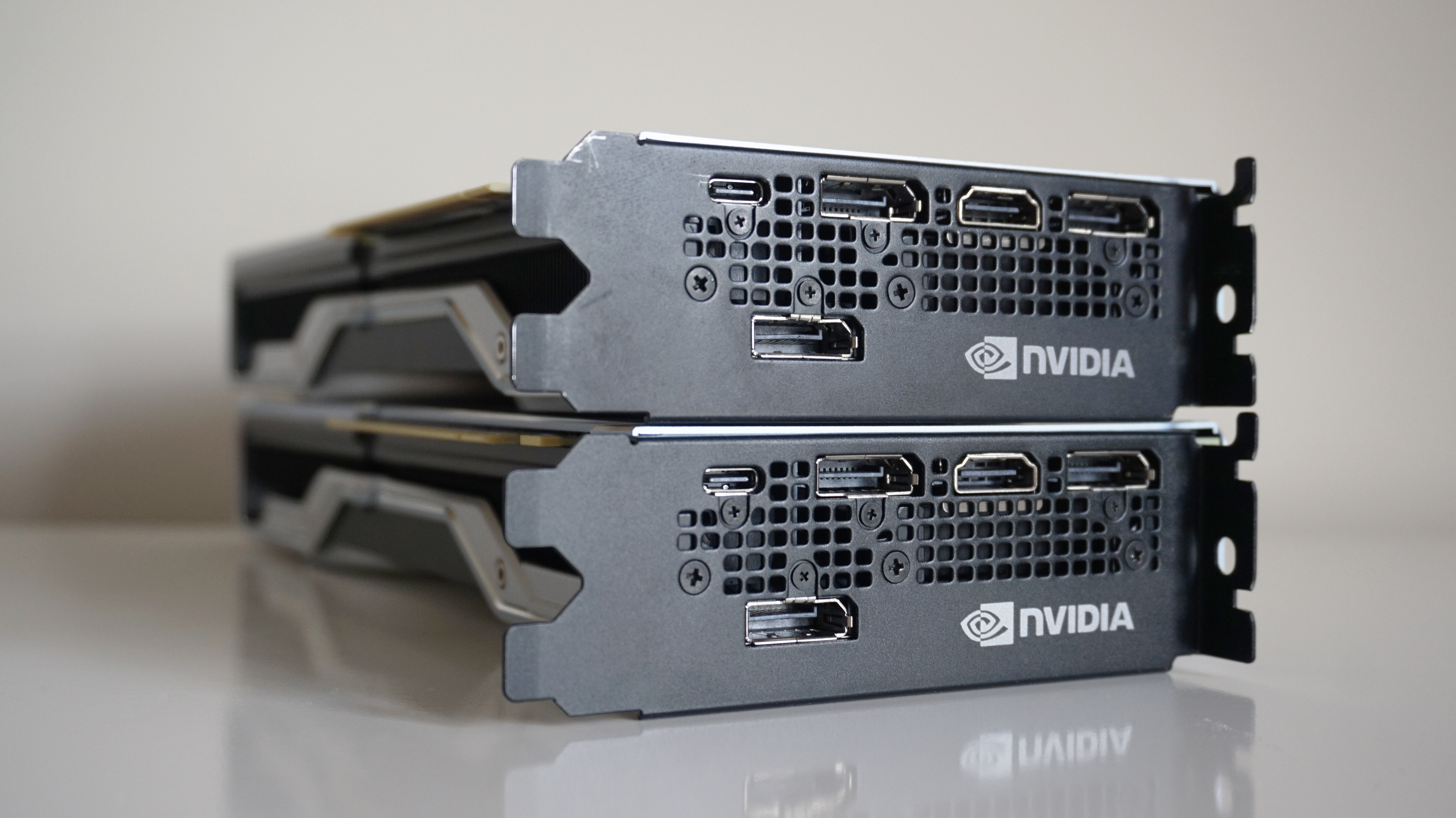 You’re also looking at exactly the same set of ports, too.

In Metro Exodus, for example, the RTX 2080 Super was consistently around 3fps faster than its non-Super sibling and 5fps faster than the RTX 2070 Super, easing its average frame rate just over the 40fps mark to 41fps on Ultra at 4K (up from 38fps on the 2080 and 36fps on the 2070 Super). It also reached a smoother 58fps on Normal compared to the original’s 54fps and RTX 2070 Super’s 51fps, and there were similar gains to be seen at 1440p and 1080p as well, particularly when it came to enabling the game’s ray tracing support. Whereas the RTX 2080 only managed an average of 48fps with ray tracing on High at 1440p Ultra settings (something the RTX 2070 Super can only managed on High quality), the RTX 2080 Super pushed that up to 51fps, making everything appear just that bit smoother and more pleasant to play.

Final Fantasy XV, on the other hand, was like practically a different game on the RTX 2080 Super, reaching considerably higher frame rates across the board both with and without Nvidia’s extra effects enabled. On Highest at 4K, for instance, the RTX 2080 Super managed a decent 43-50fps when I was waltzing up and down the lush hills of Duscae without any Nvidia effects switched on, which was noticeably smoother than the original RTX 2080’s range of 39-45fps, and the RTX 2070 Super’s slightly choppier lows of 36-45fps.

You’ll still need to enable the game’s DLSS support if you want to turn on 4K TurfEffects and the like, mind, but even knocking things down to 1440p saw the RTX 2080 Super put in a considerably better performance than either of its top-end siblings. Crank all those Nvidia effects up to eleven on Highest, for instance, and you’re only looking at 40-47fps on the RTX 2070 Super, and between 45-51fps on the RTX 2080. The RTX 2080 Super, on the other hand, reached a breezy 48-57fps. 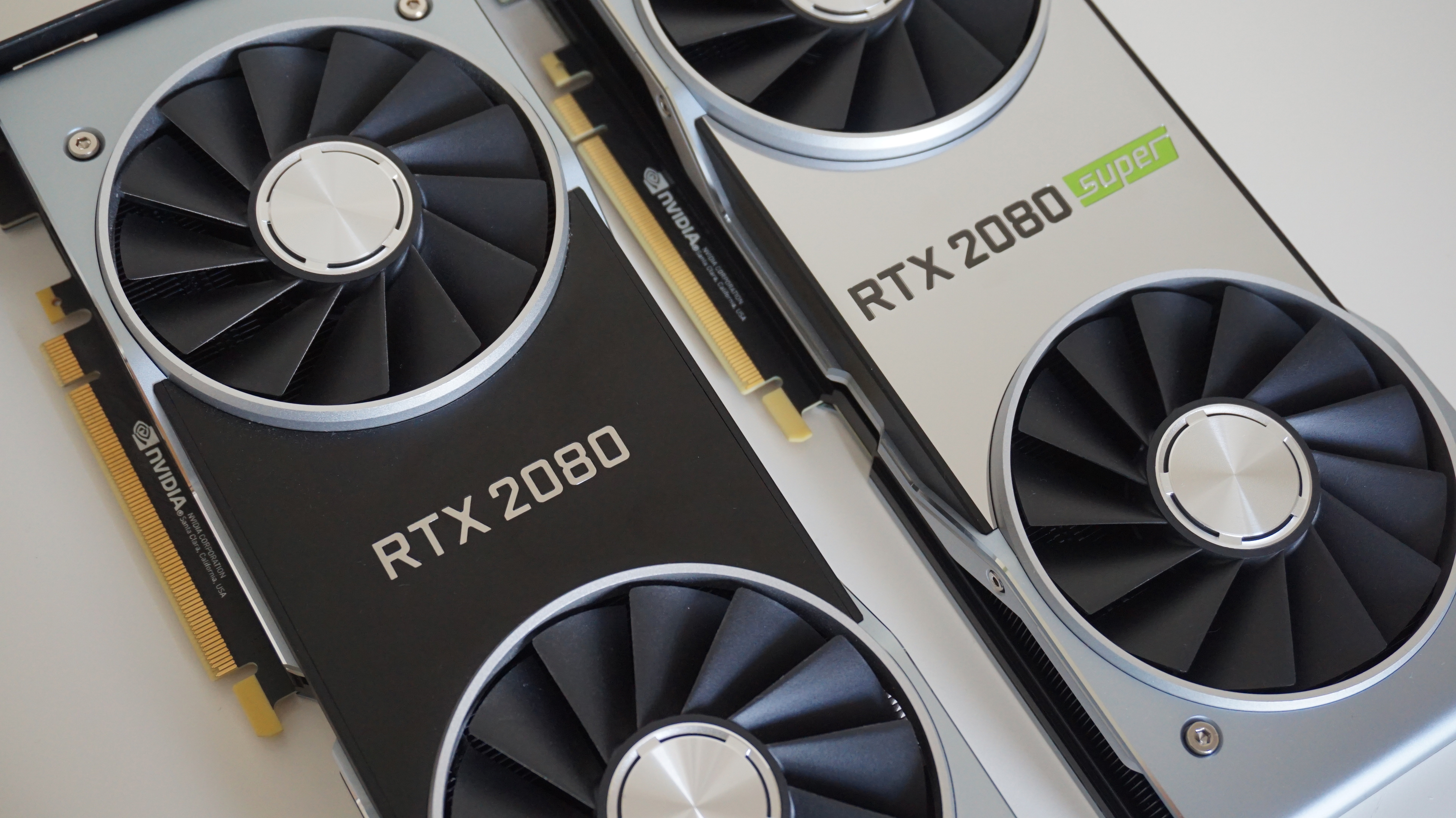 The Witcher 3 and Forza Horizon 4 saw similarly big gains, too. In the former, the RTX 2080 Super averaged 65fps on Ultra at 4K, which is a whole 10fps quicker than its predecessor, and 7fps in front of the RTX 2070 Super. In the latter, the RTX 2080 Super reached pole position with an average of 87fps, beating the RTX 2080 by an average of 5fps, and the RTX 2070 Super by 8fps – although, again, unless you’ve got yourself one of Nvidia’s ultra expensive 4K G-Sync Ultimate screens such as the Asus ROG Swift PG27UQ or Acer Predator X27 that have higher refresh rates than the standard 60Hz, you’re not actually going to be able to see much difference here.

On the whole, though, I reckon the RTX 2080 Super still offers enough of a boost over the RTX 2070 Super to warrant the extra expense here – but only if you’re looking for something to play games at 4K with, or if you’re desperate for the best possible ray tracing experience. As for each card’s raw 1440p performance (that is, without ray tracing), you’re still looking at a solid 60fps on max settings with the RTX 2070 Super, if not considerably higher in a lot of games, so I really don’t see the need to spend another two hundred-odd quid on something that’s not really going to make a huge amount of difference to your overall gaming experience – especially when you still get free copies of Control and Wolfenstein: Youngblood with it either way.

At 4K, however, the RTX 2080 Super definitely comes into its own. Whereas the RTX 2070 Super is really only comfortable on either Low or Medium settings at this resolution, the RTX 2080 Super can quite capably push the quality up to High in a lot of cases, or at the very least offer a smoother Medium experience than its 2070 counterpart. Plus, it’s almost definitely the best graphics card to go for if you’re after the smoothest ray tracing experience (without spending the big bucks on Nvidia’s Ti top dog, that is), as it’s just got a bit more oomph to do it on the best settings, both at 1440p and 1080p.

It’s also miles better than anything AMD have on offer right now – including the Radeon 7, which you may recall from my Radeon 7 vs RTX 2080 piece couldn’t even really match the regular RTX 2080 – so until their Navi equivalent arrives on the scene, the RTX 2080 Super is far and away the 4K graphics card to beat right now.