We’re still neck deep in horseflies and looter gizzards here at the sinister RPS emergency underdome. Mount & Blade II: Bannerlord is a hefty game with a lot of moving parts, and I expect to be playing and talking about it for a long time.

But right now the most important news is that a player has created a custom banner editor. You can now fly your own designs on flags, shields, and even over your own castles.

A Reddit user known as (sigh) “bizzfarts” shared the tool over the weekend, modestly calling it “kind of wonky”, instead of rightfully claiming the internet as their fief. The tool is available at their website, and while it is a tad cumbersome, with patience and a little trickery it’s possible to create a far greater variety of flags and medieval logos than the game normally allows. 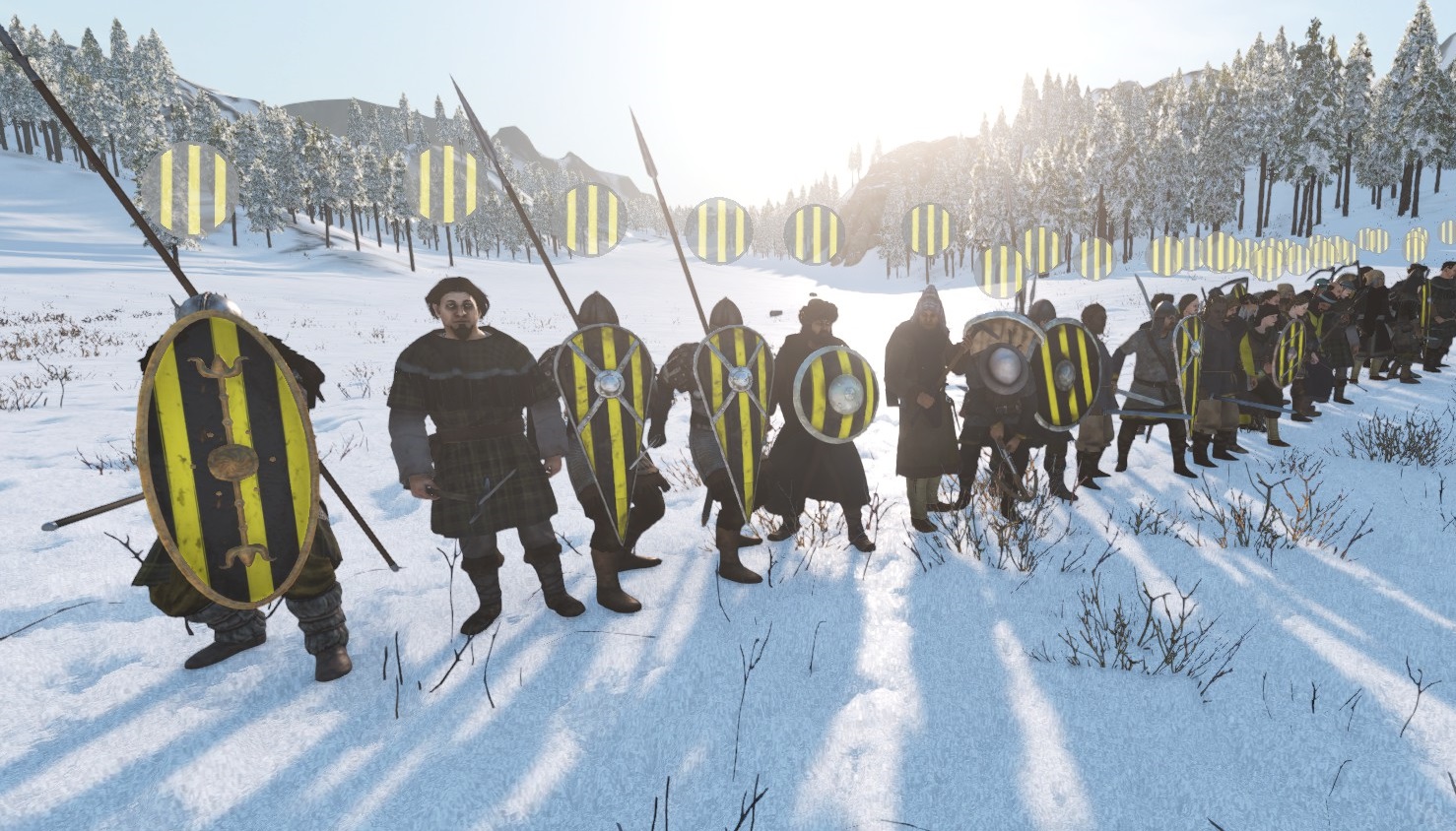 You need to create your own flag using the online tool, then copy the code it will generate at the bottom. Boot the game up, and either start a new character or press ‘B’ on the campaign map to enter the banner editor. Then simply press Ctrl+V, and it should instantly paste your design in. Bear in mind this function could potentially be removed at some point while the game’s in early access, just as the ability to be a baby was.

As a bonus side effect, you get to see Bannerlord’s many clothing options given a whole new palette. 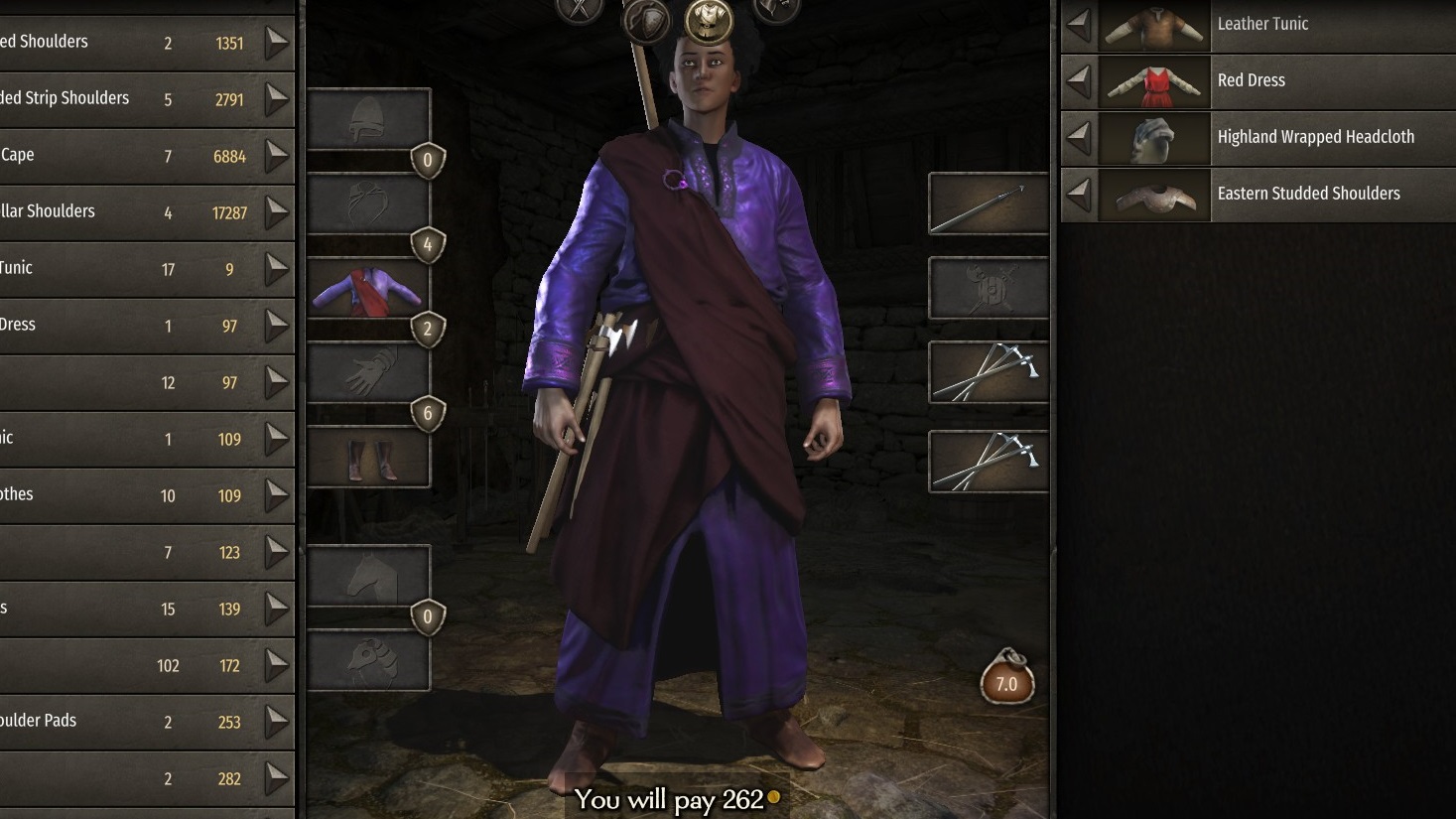 Some of the colour/outfit combinations look a bit off. But this is definitely A Look.

The game pulls the first colour you pick for the background (whether it actually fills the background or not), plus the last colour of the last piece you add, and uses those two to as the basis for dyeing your army’s clothes. I realised too late that this delivers a minor request I’d asked for when testing the game last week: if you trick the editor a little, you can separate your flag’s colours from your clothing. Hence the accidental bright yellow uniforms I had with the glorious purple of the RPS banner. 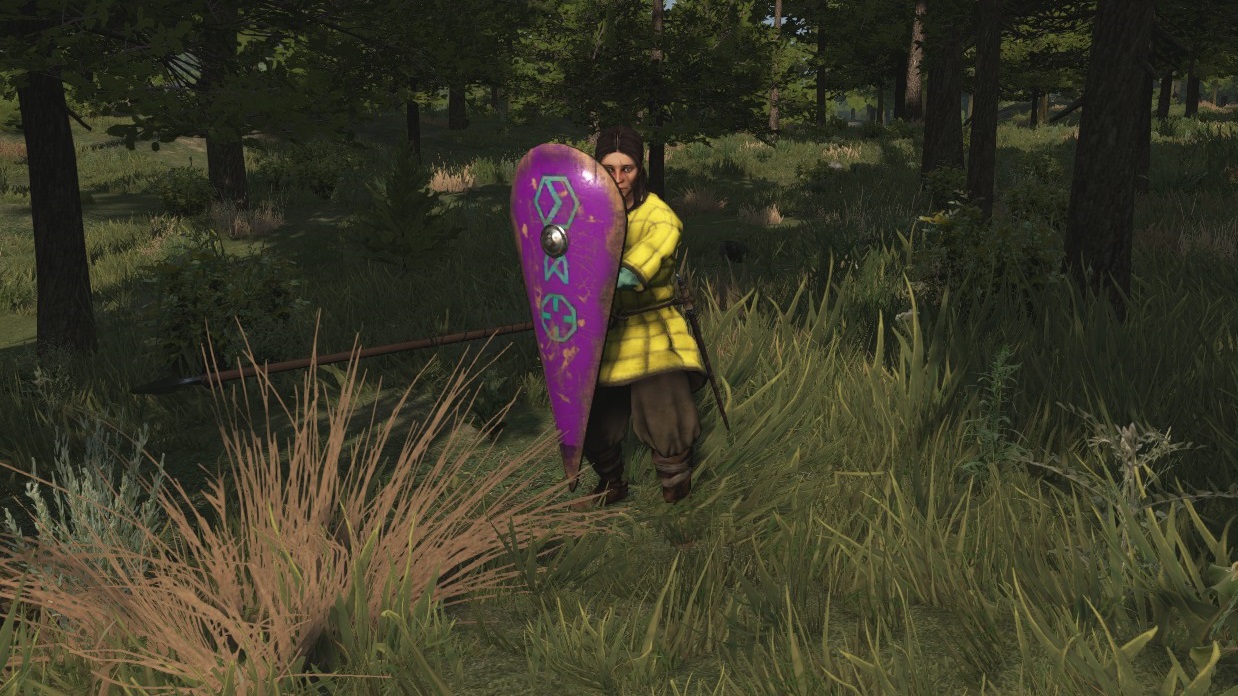 An Alice, coming to edit your work, yesterday.

Can I share a secret? I never cared about the banners or titles in Mount & Blade: Warband. You had to either choose a noble background or beg some idiot king for the right to fly a banner in that game, and I always resented it when it was thrust upon me. We don’t have time to paint our shields, damn you. There are Swadians to stab. I reject your aristocratic pretensions!

Bannerlord, of course, has you simply do as all rulers did: you lie, and just tell everyone you’re important enough to have a banner. I respect that immensely. And now of course, you can really go to town with it. And possibly burn down the palace with it, and mount the Tsar’s head on a pitchfork with it. 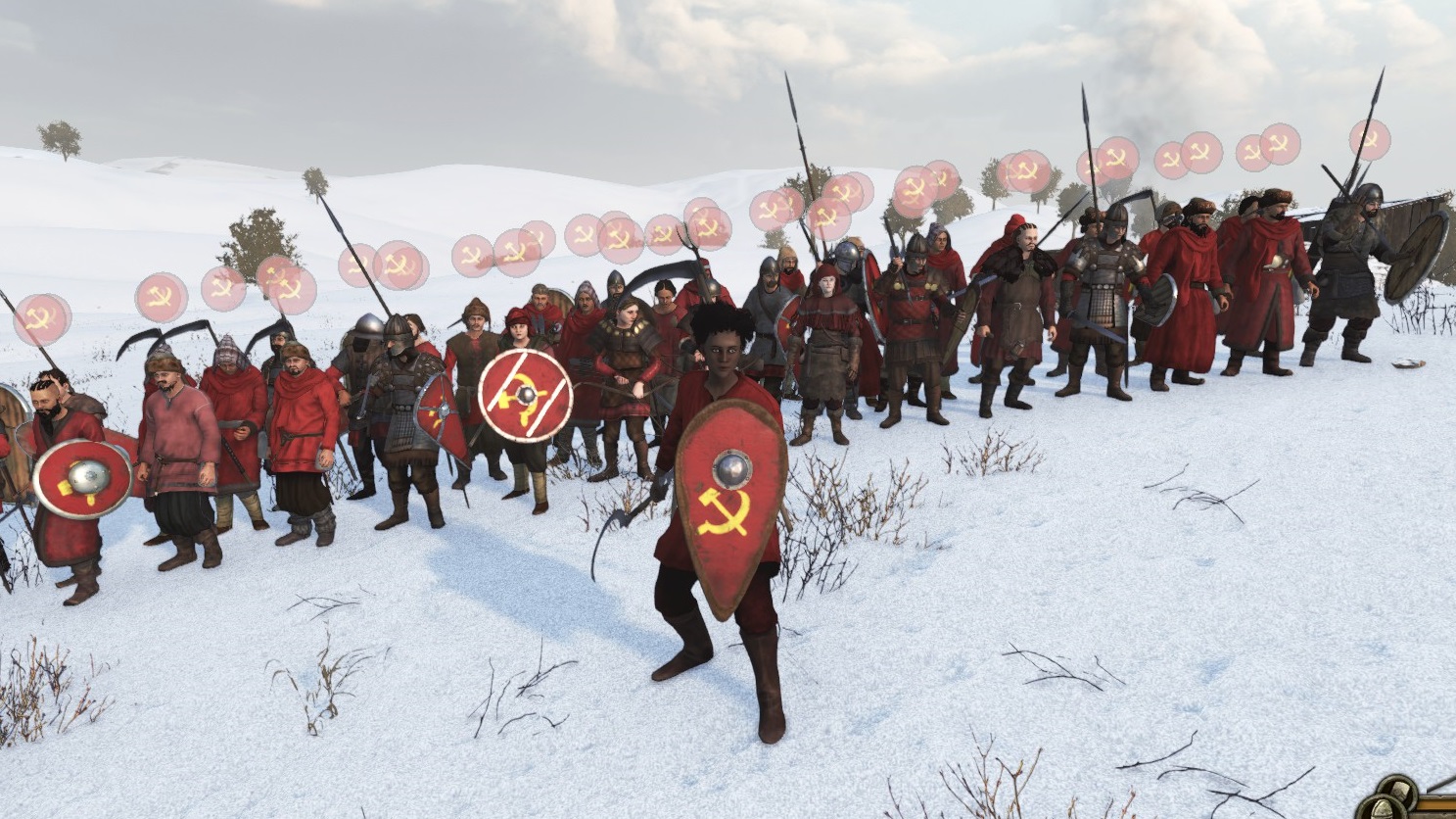 My images will all suffer a bit from my refusal to hire an organised, uniform force – I tend to accumulate three or four of every kind of troop, whoever happens to be available, as long as they’re not horsemen. Nothing against horsemen, they’re just all cowards. We like our irregulars around here. But I must admit, I am very tempted to train up a line of clones just to see this in a shieldwall.

Getting there can be a bit of a slog though – if you’re new to the series and having trouble, you might want to look at some of the guides our Dave has been working on.