It's all well and good knowing how to rule a kingdom in Mount And Blade 2 Bannerlord, but are you any good wielding a sword and board? Perhaps firing arrows at your enemies is your preferred method of fighting, or maybe you like to charge foes with your lance? Whichever style of combat suits you, we have some tips on how best to use your weapons.

This Mount And Blade 2 Bannerlord combat guide will teach you how to manage your inventory effectively, how to feint, how to use a shield, where to fire arrows, and how to couch a lance. 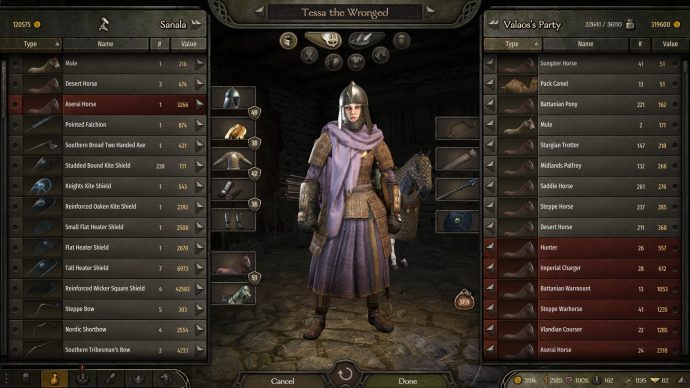 Be prepared for combat

If you have not been doing so well during fights, it might be because of your equipment. Having the best gear may save you from getting skewered in seconds by enemy lances, or pummelled by a bandit warlord. Here are some tips for keeping your character equipped:

How to fight in Bannerlord

Having the right equipment is just one side of combat. As the rest of your troops slam into the enemy, there will come times where you need to get stuck in to help your army out.

When you're starting out, I would build up your experience by defeating bandits and looters. Even if an enemy army has smaller numbers, they may have better quality troops than you have. Looters are normally the weakest troops and therefore are the best option to build up real combat experience.

Here we thought we'd give you some more general tips on how to fight with certain weapon types, how to perform some advanced techniques, and how to fight on a horse. If you're looking for how to order troops around, check out Mount And Blade 2 Bannerlord troops guide.

Thank you for reading our Mount And Blade 2 Bannerlord combat guide. You should now have all the tips you need to fight foes effectively. There are plenty more guides in the works, but for now you can check out our other guides for the game, including details for character creation, as well as the bugs that are unfortunately in the game. Here are some guides to get you started: