Mount And Blade 2 Bannerlord has a whole bunch of quests that give you a good direction to head into when first starting out. However, these are not the only quests as the local villagers and nobles also give you requests that can help improve your renown.

This Mount And Blade 2 Bannerlord quests guide will give you the solutions for all of the quests. This includes the two quests included as per the latest beta (1.4.3).

Most of the quests in the game currently are story quests, but there are a few that are given to you by villagers, notable townsfolk, and even nobles. When completed, they will give you gold and renown, if you made the right choices.

Below is a list of the known quests in the game as of right now. This list is still a work in progress. We're still collating all of them, so let us know if you see any quests not on this list and we'll add it.

Use the Encyclopedia (Press N on the keyboard) to track the following nobles:

You need two more pieces after talking to either Istiana or Arzargos. To complete the quest, talk to both Istiana and Arzagos to get the location of two nearby hideouts.

Defeat both hideouts to find both pieces. Return to either Istiana or Arzagos to learn how to create a faction for either side or join a faction.

Speak to Istiana (Empire) or Azragos (Non-Empire) to set up a clan.

Talk to one of these people and give them the Dragon Banner.

Just capture two thirds of all settlements with Imperial/Non-Imperial culture.

This one's a little more complicated, so look at our Mount And Blade 2 Bannerlord conspiracy guide for more info.

This quest is currently in beta.

After a bit of time, the bandit leader Radagos, who you defeated during the tutorial, will arrive to talk to you. He explains that he found your siblings, but was betrayed by one of his own (Galter). He asks to join you in finding Galter, but wants the pleasure of killing him in return.

You have misgivings about the ordeal, but agree to find the nearby hideout where Galter is apparently keeping your siblings. Head there and you'll meet up with Radagos who explains that Galter is a cunning fellow "in a low and base kind of way."

Kill all the troops leading to Galter, and you'll square off against him and some men. You can choose to either fight him one-on-one, or have your men butcher them. Radagos will then execute Galter. You'll be reunited with your brother Nathanos, who will inform you that your other siblings are fine (if a little shaken). You'll also have the decision to either punish Radagos for his past crimes or let him go since he helped you save your remaining family.

Journey through different villagers and ask about the kidnapped daughter. When nearby, you'll get a prompt that says "they're still hiding here". Choose take a walk and find the smoke from the fire in a camp just outside of the main village but still in the map.

Journey to the location asked to encounter the locals.

Kill enemies that are weaker than you, then return once you have the experience needed.

Buy a large quantity of the weapon type asked for in a nearby town. If stopped by a guard, persuade or bribe the guard.

The Spy Among Us

Talk to the locals in the town given to you by the Noble until you get all the clues. Once done, save the game in case the clues given aren't helpful. You'll need to identify the correct suspect standing by the local thugs and accuse him. Kill him in the arena. If you had the right suspect, you'll complete the quest. Kill an innocent duellist and not only will you fail the mission, you'll be suspected of murder.

This quest is currently in beta

After accepting this quest, go find some bandits to fight and take as many prisoner as you can. Return to the village and sell them off to complete the quest. You'll need to sell 36 of them in total, but this can be done in multiple visits.

There is currently a bug where if you take this quest on and talk to a noteworthy citizen of the village who doesn't have a separate quest to give, they'll ask you to stop. You can tell them you'll split the profits for extra Charm. However you can talk to them as many times as you want and promise to share the profits every time to increase the Charm stat all the way to its maximum threshold. 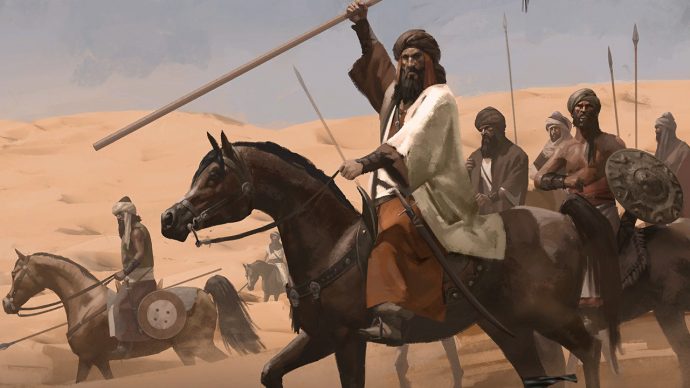 Thank you for reading our Mount And Blade 2 Bannerlord quest guide. Feel free to check out our other guides, including details for character creation, as well as the bugs that are unfortunately in the game. Here are some guides to get you started: