The first report arrived five days ago. Three figures: recorders in hand, cameras in beard. While we fought, they watched. Crouched in their corners. Minding their own business, scrutinising ours. We'd be hypocrites to call them hostile, but could you blame us? Nobody knows what they want.

Even I don't, and I'm the only Team Fortress 2 player who's managed to make contact.

I found the Watcher lurking in the cult's chatroom. These are their imitators: 276 individuals, all signed up to carry out work they don't understand. They play dress up, equipping watches that let them remain invisible for as long as they stay still. The entities themselves, as best we can guess, use the same technology. Although they probably don't have to spend £4 on white paint to make their eyes glow.

The Watcher wouldn't talk, at first. I'd found the real deal, one of the originators of this all, but it wouldn't speak. Not until I'd drawn it into private conversation, explained what websites were, and then my role on this one. I sensed it reprioritise. 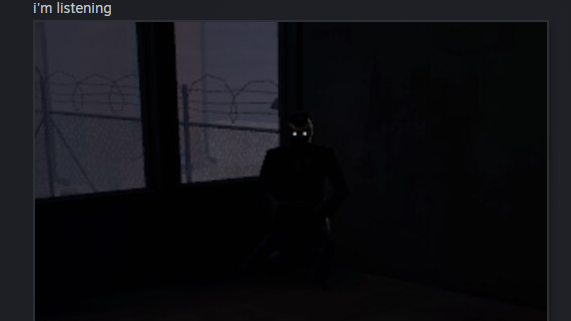 "What do you want", I asked. "Compliance", it responded.

I asked if it meant us harm.

"The vessel does not understand morality. Do not approach the vessel. Do not let the vessel approach you. And you will be safe."

I asked if I could help.

"Our presence has sparked a following among particularly zealous individuals. While these entities are very much intriguing and properly observed, they do not follow orders from VEhFIE9WRVJNSU5E. They do not study the anomalies."

Something changed, then. I got the impression, impossibly, of regret. Of a being beginning to withdraw. I still couldn't stop myself from asking what it meant.

"Anomaly research is conducted by teams sent out by QklTT04gQk9ZUw==. I do not know the full extent of what this group does, I am merely here to observe. I am pleased to have you in this unit's presence. I do not get to study entities like you often. However, we are under strict orders to not converse with subjects. This will be the first and last time I speak."

My chat window vanished, and the being along with it. I scoured the cult's chatroom, but the Watcher was nowhere to be seen.

I imagine we still are, though. Seen. 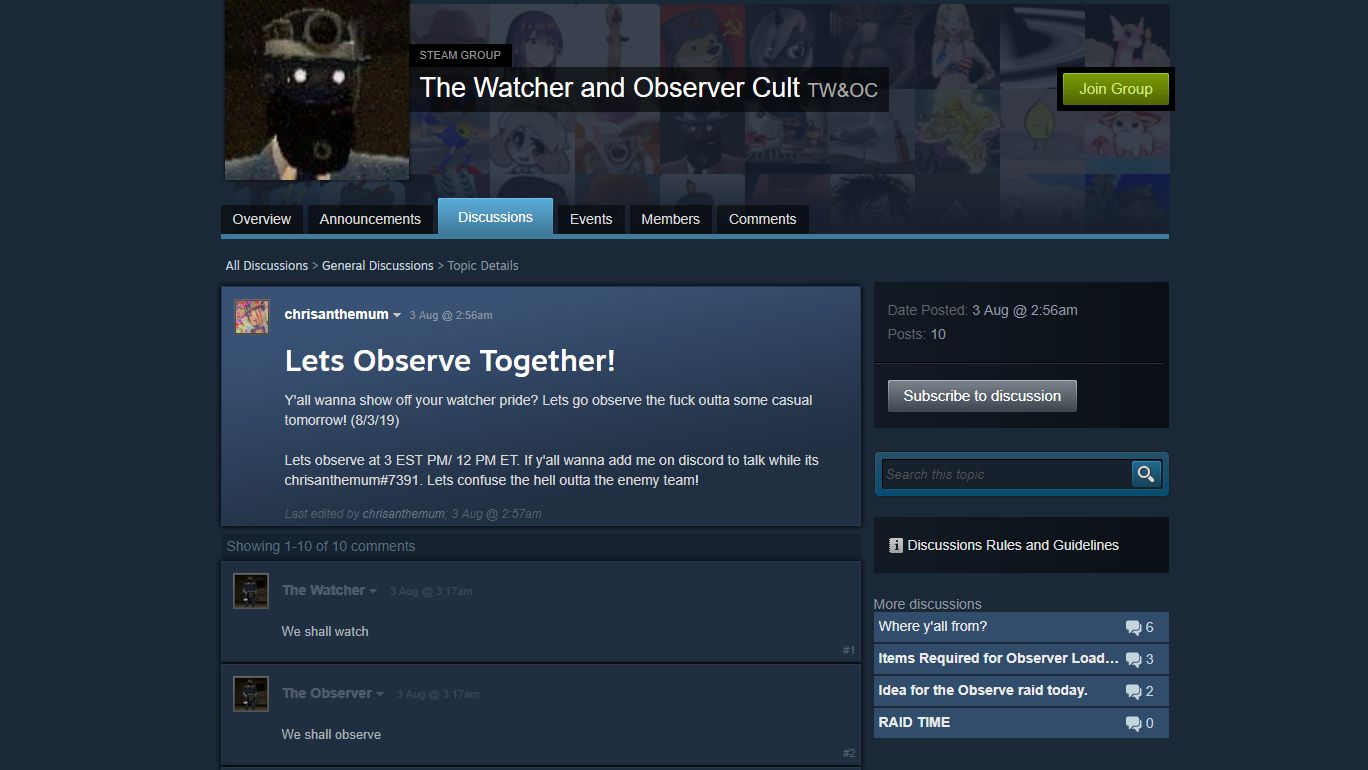 Hmm. How much was that paint?