Civilization VI: Rise and Fall wants to solve a problem. That problem is perpetual growth, and it plagues many 4X games. Whether your aim is world conquest or cultural hegemony, victory in Civilization and many of its cohorts depends on domination. However peacefully you try to play, you're often straight-jacketed into a utilitarian-psychotic view where all resources and people are just raw material to be assimilated, Borg-like, until the whole map is monochrome.

But as the early excitement of exploration and expansion ebbs to late game stagnation, the fun runs out. Historically, stagnating empires tend to fragment and collapse. But in Civilization VI, like many games, you're the star of the show – and there's nowhere to go but up.

That means that sooner or later, in every Civ game, you'll reach a point where the challenge is gone but there's still a long grind before you reach the point at which you have enough capital cities, culture points, rocket launches or religious conversions to win the game.

This problem of a stagnant endgame is well known to designers, and most modern 4X games attempt a solution. Stellaris breaks up its galactic-scale bloat in the mid-to-late game with robot uprisings and invasions from deep space. Endless Legend's long winters curtail growth. Crusader Kings II checks expansion with rebellious vassals, who have their own ambitions, independent of the player's. 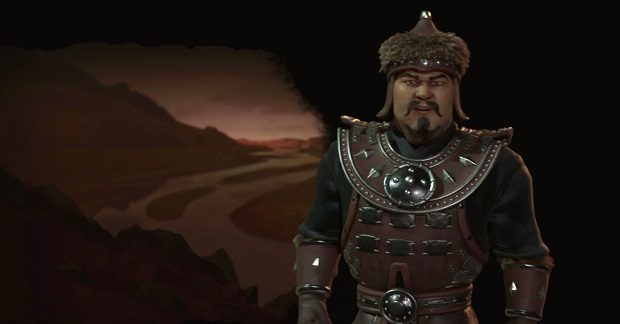 But all these attempts to make the player feel like David when they're clearly Goliath – to give them a heroic arc – are ultimately unsatisfactory, because they're trying to escape the fundamental principles of their genre. The 4X model is perpetual growth. In order to escape the usual flow, and stagnation in the design, these games would have to rethink their core mechanics completely.

The idea of perpetual growth underpins much of our society, but games seem uniquely committed to it as a medium. It can be seen everywhere from the chase for highscores to the consumerist dreams of The Sims, who buy better things in order to enjoy better lives. Perhaps gaming's roots in the toy and consumer electronics industries are one reason for the emphasis on growth; the constant hankering for bigger, faster, more. We climb the tech tree, we level up, we collect bigger and bigger weapons because of a widespread assumption that growth is an inherent good.

In the traditional hero's journey, the hero must surrender wealth, status, or power in order to attain what they really need (love, self-respect, spiritual enlightenment). But that can be hard to model in games – 'press F for epiphany' – without taking away player agency completely. It's a narrative device that doesn't easily translate into a mechanical choice or consequence. Often, the hero's journey is reduced to material progression. Start with a wooden sword, end with a crystal sword. We get the first part of the story, but not the reversal; all rise and no fall. 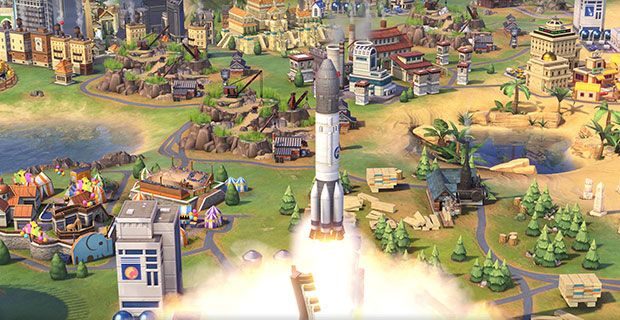 It's worth emphasising how unusual this view is and how much it is tied to our specific historical moment. Whereas Civilization VI and its predecessors see history as a glorious upwards march, previous societies saw it as a cycle or decline. The Greeks believed in a descent from the Golden Age to the Iron Age, where life was hard and children were ungrateful. The Aztecs knew the four preceding worlds were destroyed by the gods, and theirs too was doomed to die. Medieval Europe looked back to the Romans as the pinnacle of civilisation; when the Romans ruled, the pyramids were already 2000 years old. Pre-industrial peoples lived among the ruins of 'greater' cultures, and took the message to heart: remember you are mortal.

So it isn't just a narrative problem that Civilization, and games in general, insist on perpetual growth. Yes, it produces the late game stagnation that Rise and Fall tries valiantly to shake up. But when games hew so closely to the perpetual growth model, they uncritically reinforce one of the most damaging myths of our time - a myth currently destroying our only biosphere.

In Civilization VI, climate change has been written out entirely, even as we live through planet-wide ecological collapse in the real world. The novel inclusion of natural beauty (as ‘Appeal’) only gives modifiers to growth. Famine is a minor inconvenience in your grand plan, as it was to empire-builders in Ireland or India. While older Civilization games included climate change mechanics (Alpha Centauri even set psychic death worms on polluters) Civilization VI is reluctant to take a side on 'controversial issues'.

However welcome an improvement, Rise and Fall can't fix Civilization. The problem is too deeply embedded. But there are games that point to alternative models. The feuding characters of Crusader Kings II and the story events of Stellaris mitigate brute expansion. Pirates! ages your captain, eventually forcing him to retire; a similar process could afflict empires. The forthcoming At the Gates casts you as a barbarian working to burn the empire down. Fate of the World addresses climate change directly, and emphasises both the destruction it could cause, and the sheer difficulty of abandoning fossil fuels in a world so dependent on them. 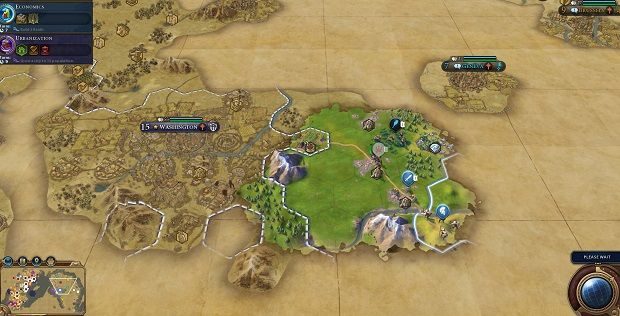 Then there are games of decline. DEFCON is about minimising losses: can any of your civilians survive full-scale nuclear war? The browser-based Seedship penalises players who search for perfection; the longer you drift through space, the more likely you are to lose your precious human cargo. I can imagine a strategy game that focused on, instead of ruthless growth, the distribution of finite resources, or balancing the needs of different communities and the natural world. We have Sid Meier's Civilization; what would Ursula Le Guin's Civilization look like?

It's vital we think of alternatives that challenge the myth of perpetual growth, instead of uncritically repeating it, not simply to create variety in strategy design, but also because that same myth is partly responsible for the destruction of our own world. Now more than ever, we need to imagine civilisation in new ways, and to imagine civilisations which don't take as their underlying principles the drive to expand, exploit, and exterminate until the last lights go out.