Stock up on jerky and moisturiser, because American Truck Simulator is headed to Utah when its next expansion launches on November 7th, developers SCS Software have announced. The seventh state continues the truck 'em up's long journey east with another 3500 digimiles of virtuaroad. Watch the new trailer below for a peek at Utah sights including those iconic red rocks, a big hole in the ground, a hole in a rock, and A DINOSAUR DRESSED AS A COWBOY? I will overcome my physical discomfort at all this notseaness if I get to see a load of weird dinosaur statues and murals.

Vernal is the city with the cowboy dinosaur. It's also home to this dinosaur mural: 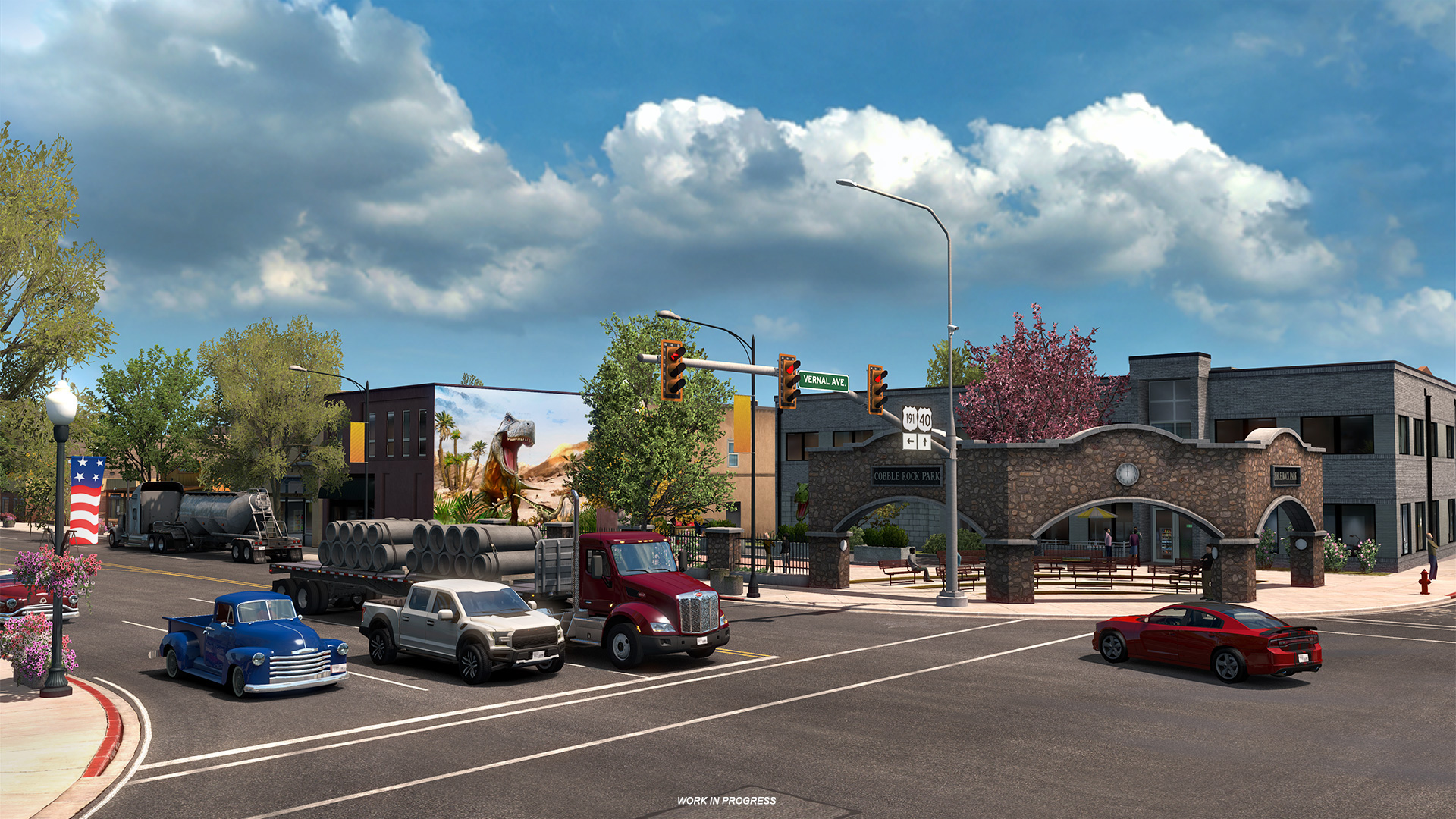 Looking at the real mural on Google Street View, SCS have been generous but it does lose some of the charm: 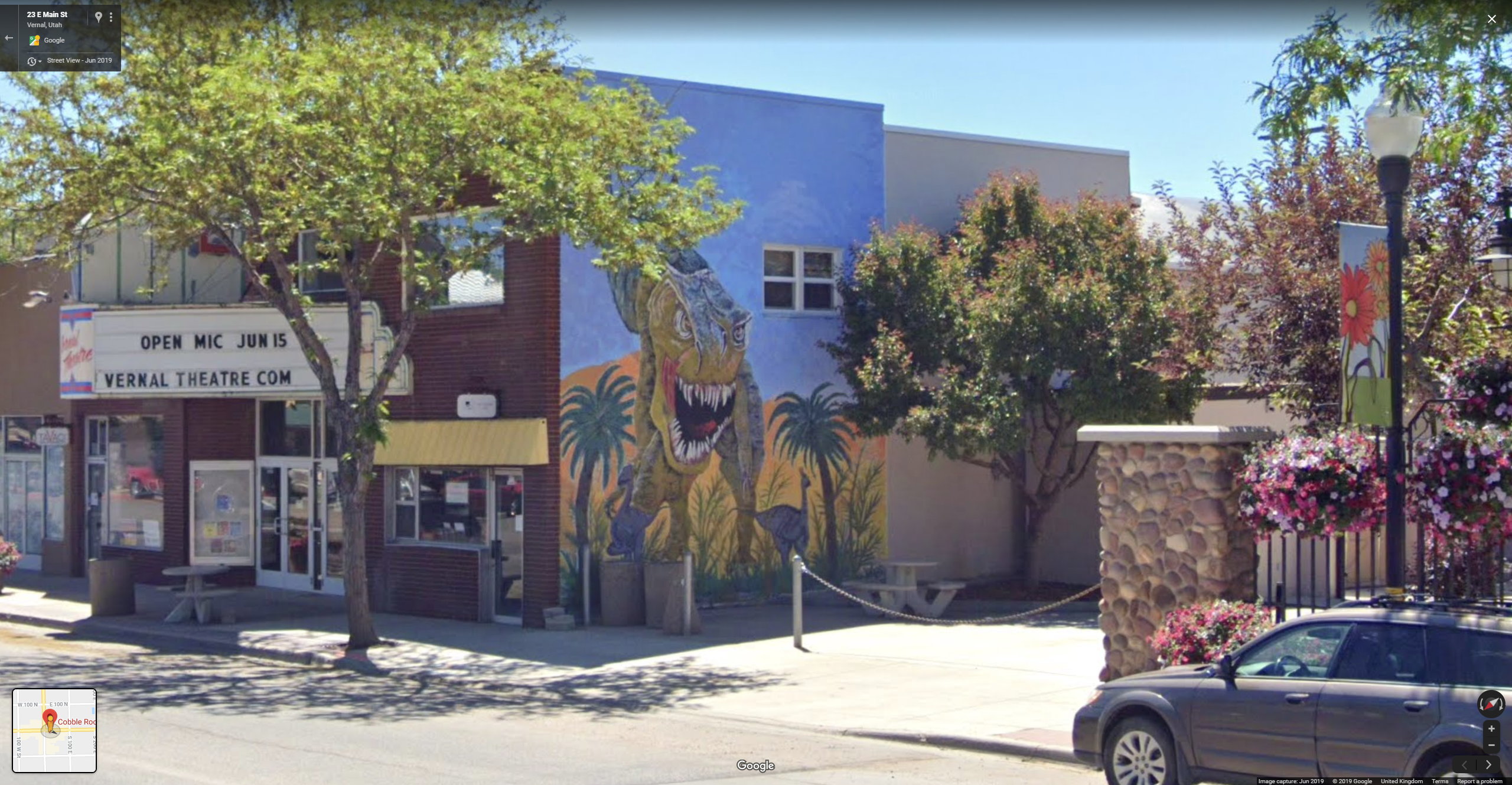 Lots of dinosaur landmarks in Utah, reflecting how bountiful the state has been for fossil-hunters. Whole lot of Mormon temples too. And 'pioneer' bits. And more I'll discover soon? Utah, what is up with you?

American Truck Simulator - Utah is coming to Steam on Thursday the 7th. I assume it will cost £9/€12/$12, same as previous state expansions.

Looking at the map, I'd next expect perhaps (my own private) Idaho or Colorado, maybe even Texas. The start of autumn has me hankering for Vermont but it'd be a long, long time before we reached there with the game expanding outwards from the west coast.