Oh dang, they're really giving this Anthem comeback a proper shot aren't they? 3 months after we last checked in with BioWare's beleaguered loot 'em up, the studio has returned with a fresh look at the game's revamped UI, along with a new approach towards character skills and robot-suit loadouts aimed at fixing the base game's seemingly-limited build options.

Writing on the BioWare blog, studio director Christian Dailey dives into a number of ideas the team are playing with in regards to Javelins (yer big robots), builds, and skill trees. Apparently, a key piece of feedback around the game's launch was that Anthem didn't offer "satisfying Javelin Builds", which has pushed the team to completely revamp the way they approach your RPG battlesuits.

For starters, though, the entire loadout screen has been given an overhaul. It's looking rather Destiny 2 now, a cleaned-up page setting your character in centre, framed by a more easily readable set of inventory slots. Weapons are now either primary or secondary, while Mods and Artifacts replace the previous components system. Abilities are now also shown inside the loadout screen, and are now permanent unlocks rather than drops.

You might've noticed a new word there, mind. In place of components, which Dailey admits were kinda naff, Artifacts have been proposed as more substantial, exciting kind of drop for more dramatically mixing up your Javelin. "Each Javelin type would have a distinct Artifact catering towards its class fantasy," Dailey explains. "For instance, your Ranger’s rocket pod would be upgraded into the Skyfell Launcher Artifact, a pair of back-mounted pods that transform into powerful rocket launchers.

"These Artifacts would change in appearance, depending on what parts you equip. There’s also an opportunity to allow for more interesting decision making. The parts you equip would contribute to a powerful passive ability generated by the Artifact." 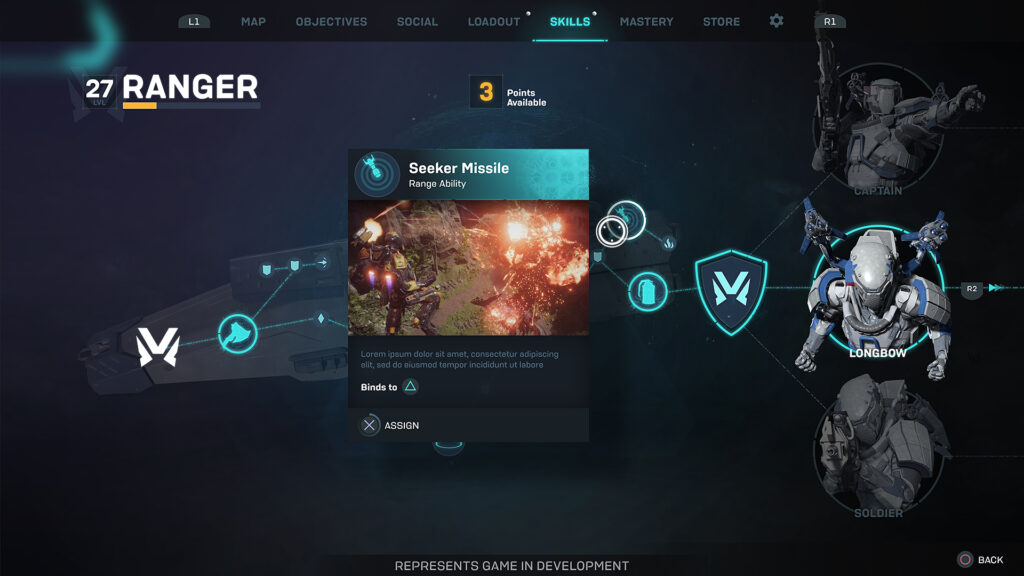 Dailey also dives into the idea of distinct skill trees and experience levels for each Javelin class - even exploring the idea of further specialisations once you cap out a single mechsuit. The team reckoned that pilot level wasn't really a "satisfying measure of your progress", and are trying to find ways to make you feel like you're improving at actually flying a specific Javelin by unlocking new passives and abilities.

It all sounds quite nifty, for sure. But then, poor customisation wasn't exactly Anthem's worst problem, and it's still hard to picture the world where the failed loot shooter makes a comeback. Even BioWare apologist Alice B lamented that the game's constant finicky interruptions kept leading to "mounting, hair-tearing, exhausting, defeating frustration" in her Anthem review back in the day.

The small team at BioWare Austin have been quietly plugging away at this rework for some time now, only surfacing every so often to reassure that yes, the Anthem job is still going. With such a seemingly impossible task, I can only wish them the best of luck.