A clever clogs on the internet has made a bunch of heatmaps for battle royale shooter Apex Legends, and they confirm the worst: everyone loves Skulltown. Even though Skulltown is a hateful warren of confusion, panic and death. The maps were made by a Reddit boffin with an unsayable username (it’s “ZYy9oQ”) and they show the popularity of all drop zones across the violent bumslide sim. Among the most unpopular places to go rummaging through the gun bins is the swamp. Which is disgraceful. The swamp is an ecological marvel, and should be fertilized with the corpses of my enemies. Come to the swamp.

There are a few different heatmaps, with data slurped up from 120,000 games. But here’s the important one (click to biggify). 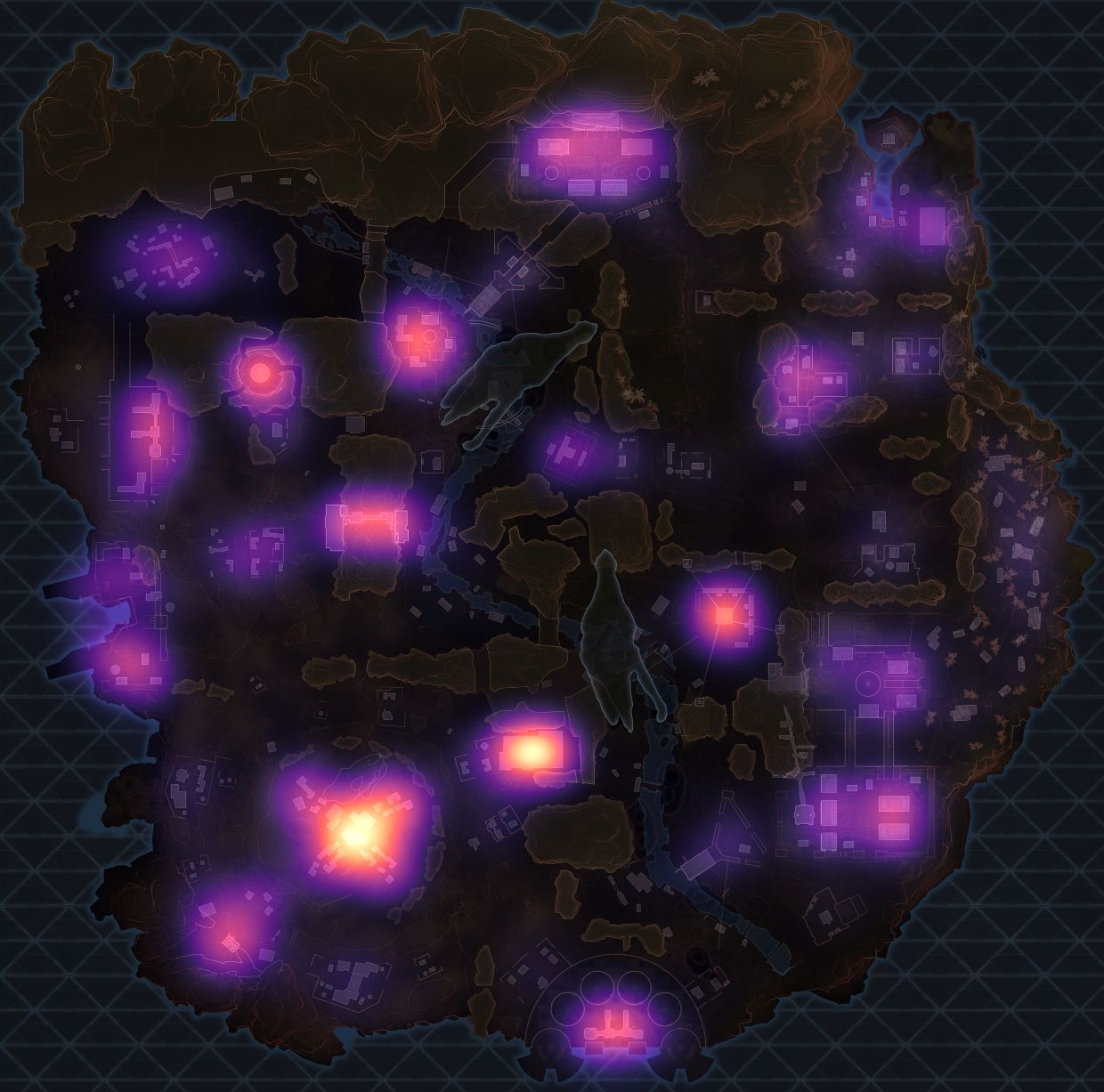 It shows the popularity of drop zones across unranked games in season 2. As you can see, Skeletonville and its dense cluster of shuttered buildings is a burning furnace of early player-on-player brutality. But the Market directly to the northeast is also a complete spicefest. The Cage (a new towering killzone for season 2) is also hot to drop, while most other places seem evenly murdersome. You should know that if you bring me to the Bonetown I will die faster than a salmon taking one of those fancy slides over a dam straight into a bear’s mouth. Why not go to one of those big towers overlooking the central valley? Or the picturesque cul-de-sac hidden behind the waterfall to the north of the Pit? Please, open your mind, skulltownies.

There are some other heatmaps. One shows the popular drop zones in ranked matches for the second season, and is marginally different (the swamp gets a little more love from ranked apeleggers). While another map shows the disparity between dropzones favoured by “high level” and “low level” players (the difference between dirty shootists in the bronze ranks and shiny-booted killers with diamond rank, for example).

All of this was done with some magical computer program that tracks the data from matches, including kills, knockdowns and more. One of the things the boffin says it can track is the route players have taken through the map which is such a cool idea for a post-game report, I expect it to be stolen by the developers.

These heatmaps might be worth remembering tomorrow, when Apex Legends gets a solo mode for a couple of weeks. To all those reckless fools landing by themselves in Skeletown, I say this: enjoy your dusty death. I'm off behind the waterfall.