It's a dark day when not even Apex Legends can invest in public transport. Next week's new season of high-speed murdersports is bringing an infrastructure overhaul to World's Edge. But while concrete monstrosities and whopping great rocketships have been plonked all over the Icelandic arena, the criminals at Respawn have shut down the region's fantastic train network. Guess I'll walk to my next high-stakes gunfight, then.

Season 6: Boosted kicks off this coming Tuesday. We've already had a taste of ApeLegs' turret-toting new hero Rampart - now, it's time to take a tour of the major changes coming to the World's Edge map.

Respawn are preparing to smash up World's Edge for the second time next season, outlining a series of dramatic map changes in a blog post this week. Besides keeping players on their toes, the devs explain that they're looking to push more fights into the lava side of the map while adding options to some "particularly sticky" chokepoints.

To that end, many of the map's locations have been built over with massive Hammond Robotics installations. A previously-unnamed lava pit is now a huge rocket launch site, while smaller facilities have been plonked on top of Drill Site and a small town under the tracks near where Mirage's Voyage used to hover (sorry, party animals). 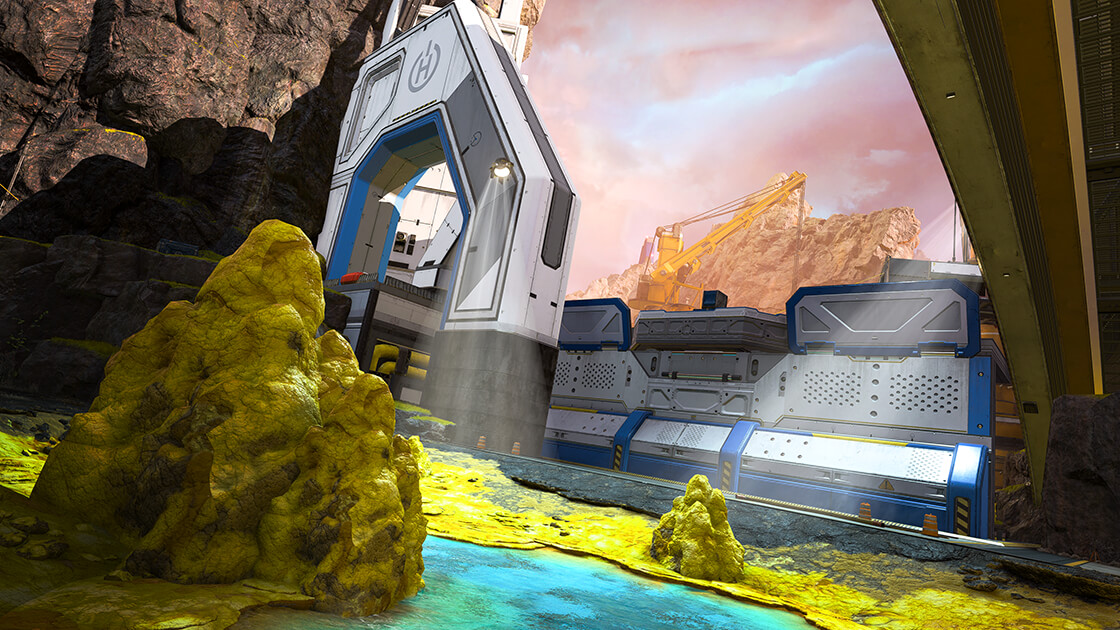 These three sites feature World's Edge's new "rising blast walls" (pictured above), turning each facility into an impromptu fortress that'll be far harder for opposing teams to assault. More broadly, however, these spaces signify a shift towards tighter, more intimate engagements - transforming many of the map's wide-open valleys into labyrinths of hallways, catwalks and enclosed courtyards.

Sadly, this also means shutting down the World's Edge transit system. The trains have been removed to fill those wide-open train tunnels with clutter and cover, making for more interesting arenas. And sure, I get it. Those tunnels were glaringly boring spaces to run through. But those spicy train drops were a killer part of the map, claustrophobic brawls that risked scattering your trio down the tracks. It'll be a shame to lose those for slightly nicer corridors.

Apex Legends Season 6 kicks off this Tuesday, August 18th. I just hope you've figured out an alternate commute into the arena.