Respawn Entertainment have said that Apex Legends event loot boxes "broke [their] promise" of trying to "do monetisation in a way that felt fair." The new Iron Crown event whammed a load of new cosmetic doodads into loot boxes, and the most elusive was only available if you got all the others first. Our boy Brendan noted that it "feels grubby," and it does. Now Respawn plan to put some of those event items into the free-to-play battle royale FPS's regular item store, and say that they'll be try to be less grubby with future items.

"At launch we made a promise to players that we intend to do monetisation in a way that felt fair and provided choice to players on how they spent their money and time," Respawn project lead Drew McCoy said in Friday night's post.

"A core decision during development of Apex Legends was that we wanted to make a world class battle royale game - in quality, depth, progression, and important for today's conversation - how we sell stuff. With the Iron Crown event we missed the mark when we broke our promise by making Apex Packs the only way to get what many consider to be the coolest skins we've released."

Apex Packs are the game's loot box system. With the event's Iron Crown Packs, players can only earn two by playing then would need to pay 700 Apex Coins (about $7) each for more. The kicker is that the rarest event item is only available if you get all the 24 other event items then pay another 3500 Coins.

"Imagine a claw machine that has a golden bear on a shelf inside, but the shelf only collapses if you first collect all the smaller, silver bears on the machine's bottom floor," Brendy said. He then clasped his hands over his mouth and, with a look of sheer horror, walked backwards out the room as if he feared that describing such a machine might conjure it into existence. Perhaps it'll be waiting for him on his next seaside holiday.

Respawn now plan to roll half of those Iron Crown event items to the regular item shop, starting Tuesday. Players will be able to buy specific Legendary-rarity cosmetic doodads (not the Epics) for the usual not-cheap price of 1800 Coins, rather than hoping loot box luck is on their side. Respawn's McCoy said they'd always planned to sell Iron Crown items separately, but at a later point - not in the middle of the event.

McCoy added, "For future collection events, we will provide more ways to obtain items than just buying Apex Packs." He also conceded that their "messaging for expectations needs to be clearer." 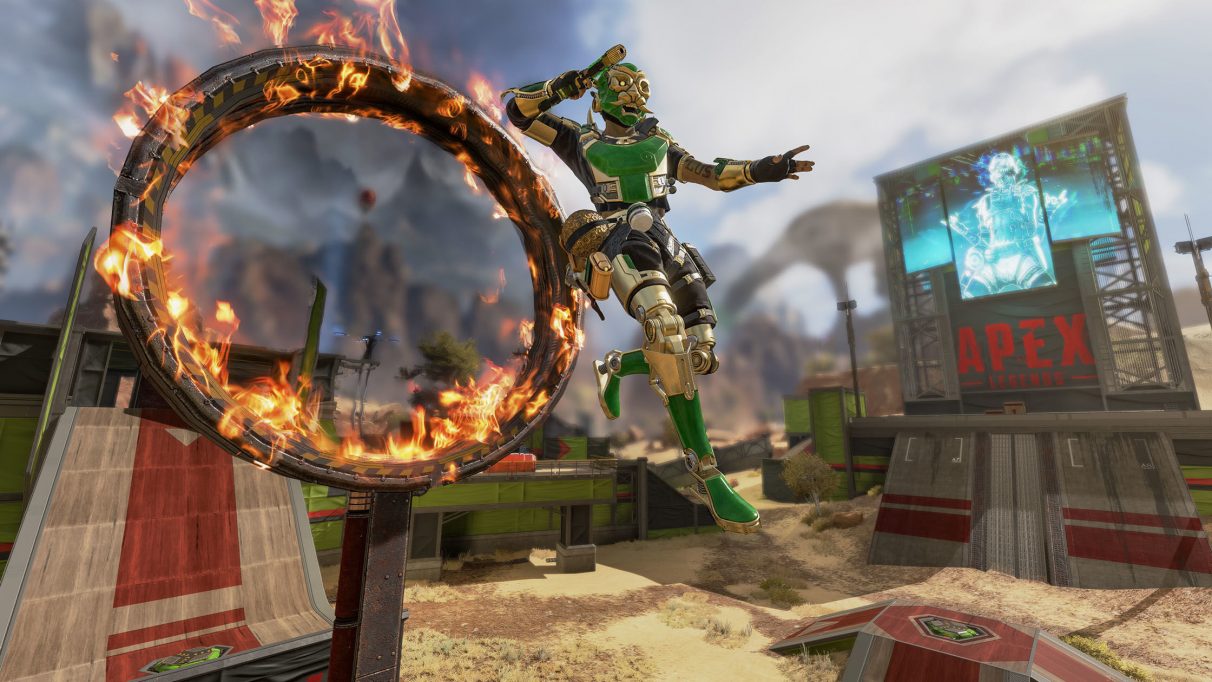 Given that Apex Legends is free-to-play, I do know they have to sell skins and such to fund ongoing development and costs. I am displeased but unsurprised when grubbiness creeps into F2P games. While this is only skins and other cosmetic bits, no items giving players extra power, the golden bear shelf does make it feel too grubby. I don't know if they're doing enough to walk it back. I am not surprised this has become a whole other mess.

In a Reddit thread reposting the blogblast, McCoy and other Respawners dove into the comments with a degree of candidness unusual for developers working under Electronic Arts.

Talking about the torrent of angry messages Respawn have received from some players, McCoy talked about the good old days "when players weren't complete ass-hats to developers". He offered the advice "don't be a dick" when offering feedback, saying he received "a parade of awful tweets". He also talked jokingly about "freeloaders" who play the F2P game without paying anything. When spicy responses to his comments came in, he got spicier. Probably a mistake, that.

As McCoy dreamed of finding a way back to friendlier times, he said that "not engaging with toxic people or asking 'how high' when a mob screams 'jump' is hopefully a start." Welp.

Can't say I'm best pleased to see some games blogs instinctively jump for the mob when reporting on the Reddit nontroversy. Out-of-context headlines include "Apex Legends producer calls players 'ass-hats' and 'dicks' in heated Reddit thread" on PC Gamer and "Apex Legends forum furious as devs call players 'ass-hats' and 'freeloaders'" on Polygon. I've struck the wrong tone a few times myself but good grief. Nice one, lads. Smashed it.