Break out the party poppers - Prey and Dishonored developers Arkane Studios turns 20 years old this year. Well, sort of. The studio may have been founded in '99, but who am I to ruin a party? To celebrate two decades of sneaking, stabbing, and all-round immersive sim'ing, Arkane are dusting off the oldest book on their shelf by giving away free copies of the studio's 2002 fantasy debut Arx Fatalis.

Forget dethroned Empresses and deceptive alien hallways - it all started here, with a naked bloke, a minimum-security prison, and miles of sprawling underground deathtraps.

Arx Fatalis is a swords n' sorcery RPG with a subterranean twist. There's been a meteor impact, see, so everyone lives in a series of underground caverns and tunnels. Besides conveniently negating the need to render wide open spaces, this sets up a labyrinthine underground filled to the brim with puzzles, dangers and lucrative treasures. It's a curious work, one that Sin reckoned was a bridge between eras - a middle ground caught between the traditional sensibilities of Ultima Underworlds and the kind of streamlined, more action-heavy approach that would dominate later RPGs.

Doing my own trawl through the RPS catacombs unearthed this positively ancient interview on Arx Fatalis' development from Kieron Gillen way back in 2007. 2007! Bloody hell, I don't even want to think about the actual literal child I was, foolishly not reading the latest in PC videogame criticism. 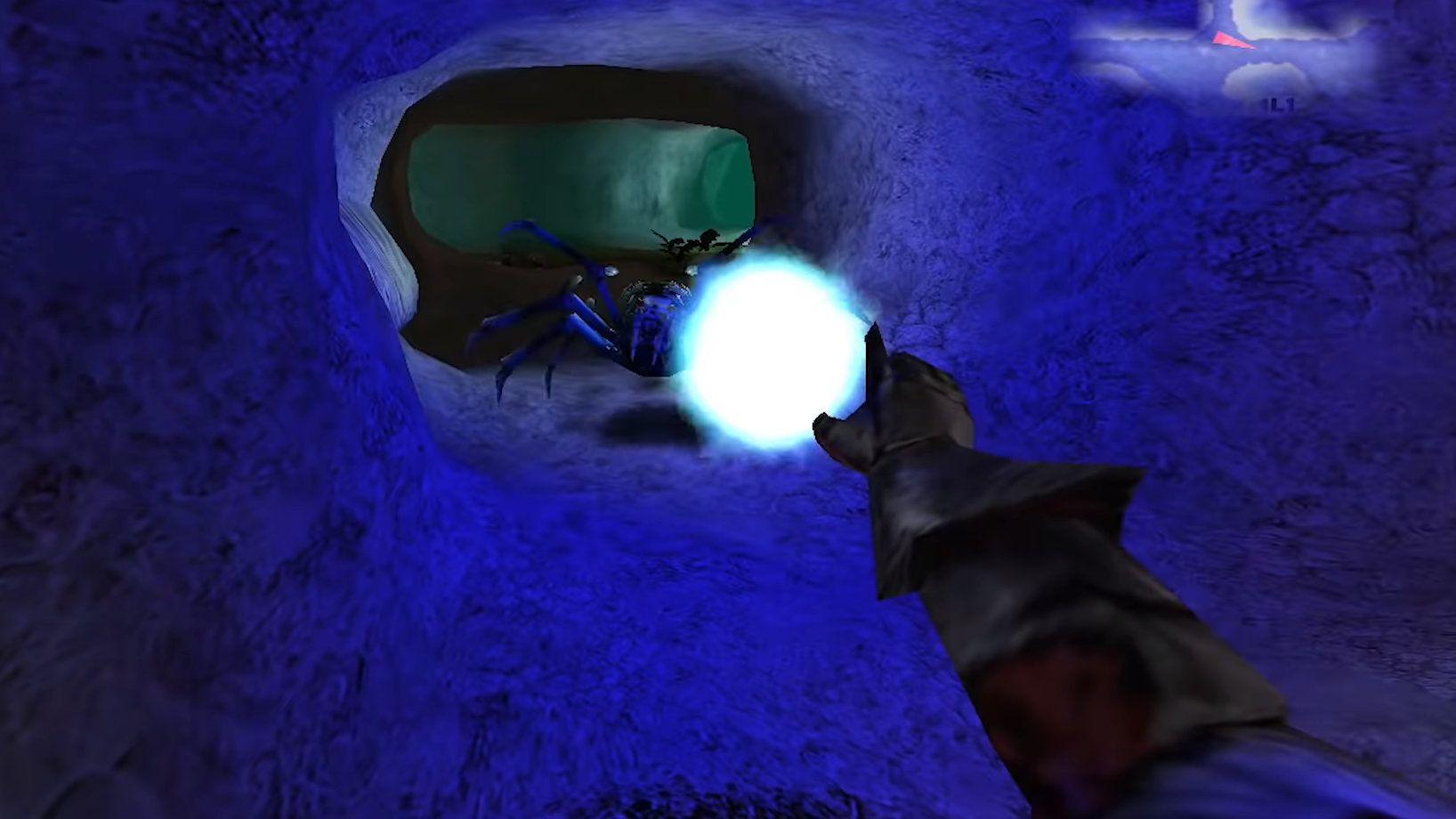 You can pick up a copy of Arx Fatalis (and an Art Of Arkane digital artbook) by signing up as an Arkane Outsider over at Bethesda's official Arkane 20 site. Once registered, you should find the ancient RPG nestled within the Bethesda.net launcher.

Since Arx released in relative obscurity, Arkane have found their way into breaking out some absolute bangers. Oh, Prey and Dishonored are fine, sure, and contributor Cian Maher grabbed a hypothetical pint with Arkane's Harvey Smith for us earlier today to discuss how a lowly pub was the perfect den for Dishonored's revolutionary antics. But most important of all, Arkane brought us the pure, infallible artistry of Dark Messiah's perfect kick.

Outside of picking up ancient roleplaying games, Arkane are celebrating their 20th birthday with Reddit AMAs and Twitch streams over the coming weeks - details of which can be found over on the Welcome To Arkane 20 blog.