If you click on a link and make a purchase we may receive a small commission. Read our editorial policy.
Developer: Julian Glander
Publisher: Glanderco

Oh, Art Sqool. A game that's somehow less than the sum of its parts. Beautiful art design by creator and artist Julian Glander, splendid scratchy ambient music, a surrealist world that realises the style of the artist, and a lovely conceit about being put through an art school by an AI. And yet... it's crumbling between my fingers as I think about it. 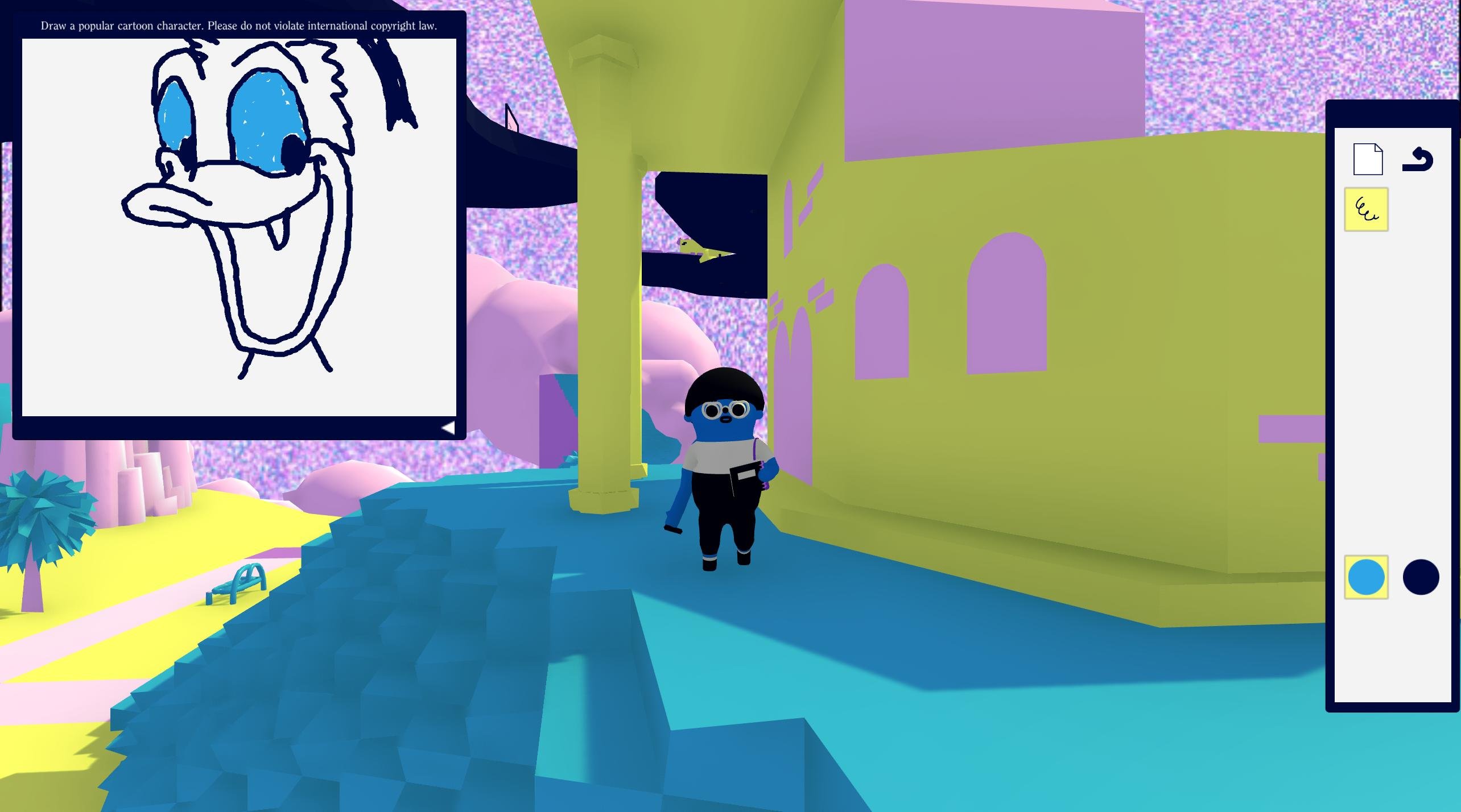 In Art Sqool, you play an infectiously cheerful-looking little blue chap, Froshmin, who's arrived at college to study art. His professor is an AI represented by a Q with eyes, and his tasks are fun, silly, even thought-provoking assignments to draw something, while wandering the school's bizarre floating landscapes. Best of all, in the spare few cutscenes, your little guy sings his feelings and concerns in brief letters home to his mum, and it's utterly gorgeous. Gosh I was pumped to enjoy this peculiarity, to see where it was all going.

It wasn't going anywhere at all.

The landscapes, odd and visually interesting as they are, are horrible to explore thanks to the game's (deliberately?) terrible controls. You have no mouse-look, so you can only aim the camera by running and turning your third-person character, which is clumsy and frustrating, especially in a world made of bottomless drops. Scattered throughout them (you start on a randomly assigned different island each turn, but you can eventually realise there's a way to get between them) are extra brushes and colours to use for your MS Paint-like drawing - six colours and sixteen brushes (although goodness knows where the sixteenth is).

When you want to, you draw into the resizeable window with your gathered tools and colours, ostensibly to create the given assignment. "Draw a fungus." "Draw a bad idea." "What's your favourite time of day?" "Draw something that costs $34.42." Do this, then either find a door in the land, or jump off the side, and you return to the AI, who grades your artwork based on Colour, Composition, Linework and Approach. Get C or higher and you move on to the next task. Get D or lower (or have drawn too little) and you are sent back to draw it again. Or, at least, that's what the game says is happening. None of it is. 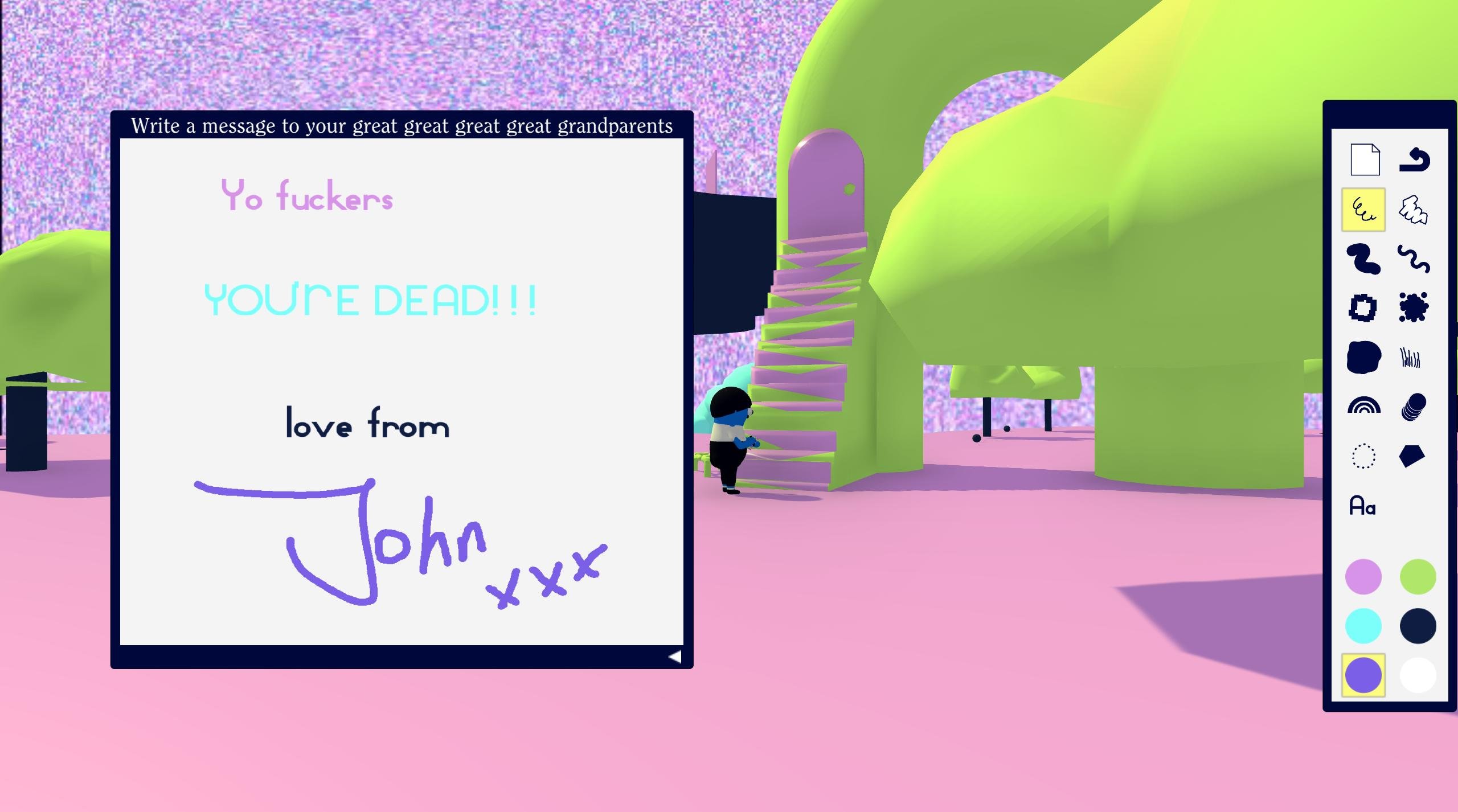 Now, obviously, it would have been quite the thing if Glander had managed to create a system that was able to recognise artworks. I wasn't expecting that. But I expecting at least a fudge. At least an ability to see if I'd used more than one colour, more than one brush type, perhaps even recognise required geometric shapes. But the assessments are, in fact, just random. It's at the point that one realises this that the whole game feels like an empty, pointless experience.

For the avoidance of doubt, you can test the randomness. Draw something that gets an F, get sent back in, then click the "undo" arrow and the previous drawing reappears with the last addition removed. Return with it unchanged and this time it might be a C. Further, tasks might ask you to draw "very, very slowly and deliberately", then not care a jot if you frantically scribble for three seconds. It might ask for a portrait of someone "not wearing their glasses" then of course not care when you draw a face wearing glasses. I was awarded an A for writing the word "penis" with the text tool when assigned, "Combine two shapes to make a new shape." The point is, it doesn't work, on any level - it's random. Which maybe isn't OK in a game that sells itself with the line, "An A.I. art professor grades your work and hands out assignments"? 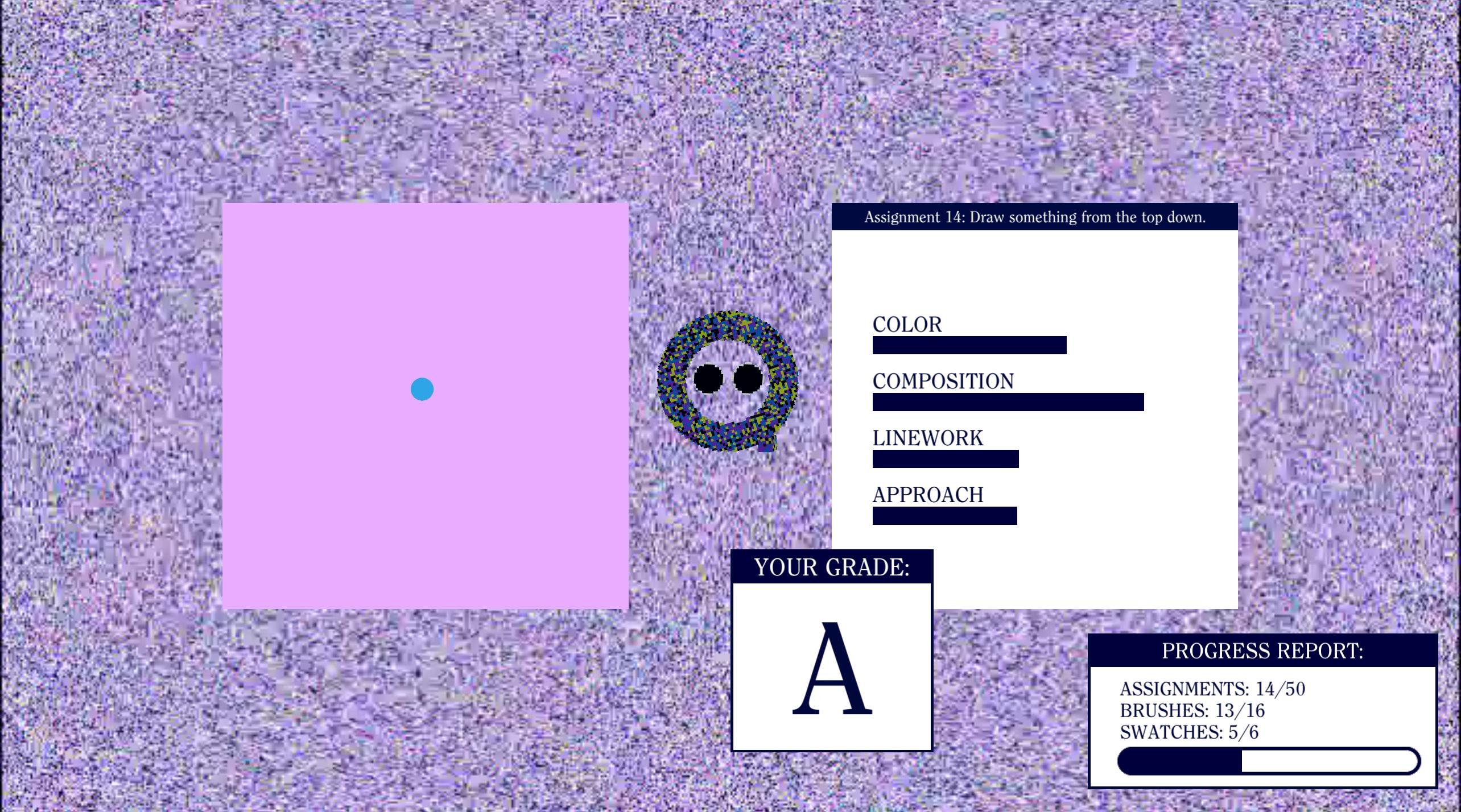 "But maybe that's the point?" I hear myself asking. Grading art is idiotic. Is this game making that argument? Mayyyyyybe? If so, it's making it fifty times in a row without variance. I did it. I finished it, because I needed to know if something important happened at the end. It doesn't.

At one point I really thought it would. One of the floating islands contains billboards with codes written on them. Aha! I thought. This must be the twist. I solved those codes. They spell out banalities. It was nothing.

Art Sqool was wonderful as a trailer. See:

But it isn't realised as a game. Despite how joyful it is to begin, it's a tiresome chore to play through. You could, of course, feel inspired by its suggestions of things to draw, and work your hardest to create beautiful works of art. The game stores them all in a directory as 1080x1080 PNG files, so they're not stuck inside the game were you to do so. But honestly, you'd be far better off doing it in Paint, with at least a range of more than six colours. And anyway, putting some effort in only to have the random "AI" tell you it's rubbish doesn't feel all-too inspiring.

The song-based cutscenes - four or five in total - are all as great as the trailer implies. But far too few when spread out between the 50 assignments. And finishing the game doesn't unlock any free mode - in fact it's more restrictive as for some reason it takes your art pad away from you! 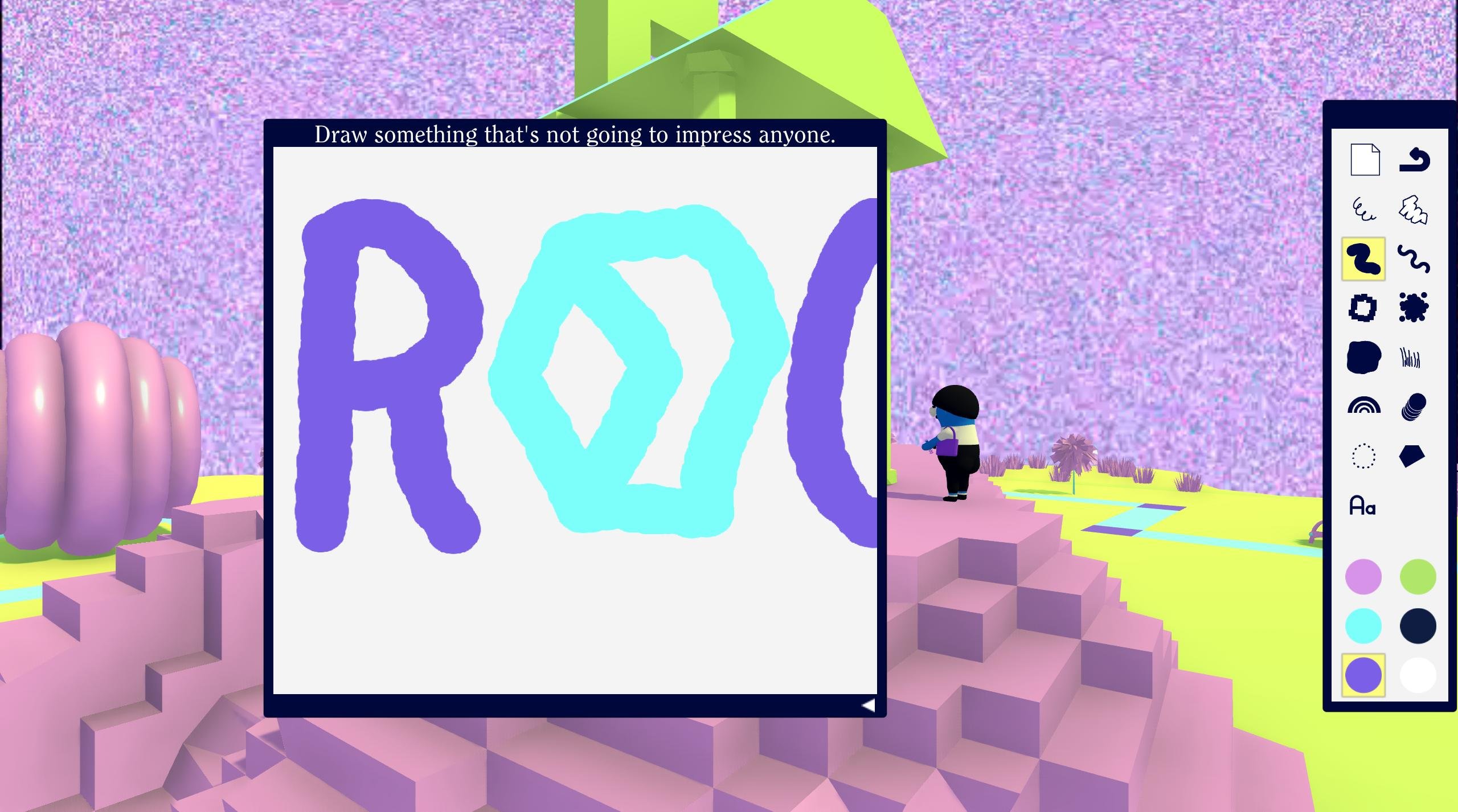 Gosh I was all ready to love going to Art Sqool. But either I or it have failed. Nowhere near as odd or quirky as its trailers suggested it could be, and offering no surprises, its fun is over in the first few minutes. Bums.