You've probably heard by now, but Artifact is making a comeback. Valve's card-game flop is gearing up for a massive reboot, and no part of the deck-shuffler's carcass is being left to waste. New monetisation, new mechanics, and a surprising new look. This week, Valve dove into some of the earliest ideas they've come up with to make Artifact work - even if it's a bit too soon to commit to a full art pass.

We know Artifact 2.0 (as it's being referred to internally) plans to combat the original's biggest complaint by removing cards from the real-money marketplace entirely. But the moment-to-moment card-battling that Matt quite liked is also due a major shakeup.

Valve ran through a few cards to demonstrate how the team is rethinking Artifact's play in a blog post this week. That polished Valve flair is notably absent, mind. With everything in flux, there's no telling what images should grace Artifact's reworked card pool. Instead, we've been left with some truly fantastic doodles to fill in the gaps as the devs nail down Artifact's new look.

Let's take a look at, say, Wraith King. A deceptively frightening lad in Artifact 2.0, his health pool ain't much to look at. His reincarnation skill, however, gives him a death shield that not only heals the undead monarch to full, but will also cripple opponents' attack power for the next combat phase.

And yet, he looks as though someone asked our own Nate Crowley to quickly summon a knightly bin-wizard. 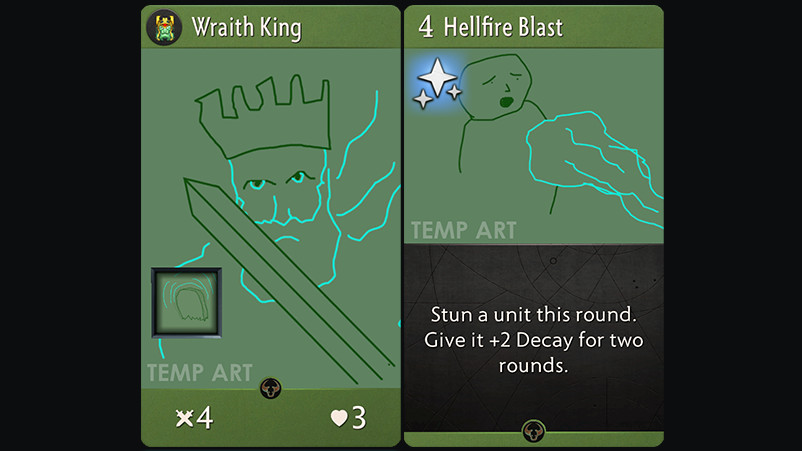 Or how about Morphling Whelp? A powerful unit that can copy both passive and active abilities from the enemy blocking its path - lovingly rendered by your old man at the end of a long, exhausting family game of Pictionary.

Bless. At least you tried, eh? 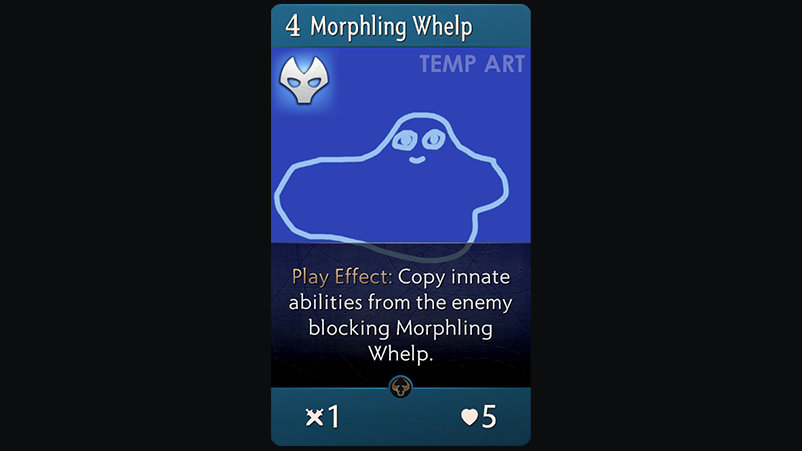 Then we've got this sheep stick which, besides taking an opposing card out of action for two turns, looks like some real artistic energy went into its rendition. Blimey, we've got shading and texture and everything. Shout-outs to the artist at Valve who really gave this lamb mock-up their all. 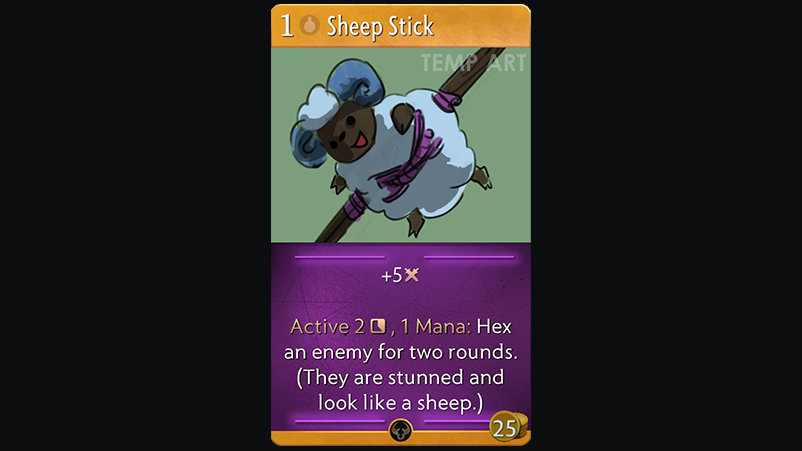 Rough as they are, I do hope these charming doodles find their way into Artifact's new life in some form or another. Hell, it wouldn't even be unprecedented. Slay The Spire lets you toggle between its garish placeholder art and more well-realised "proper" artwork. And while not placeholder per-say, Starcraft: Remastered's 'tooned up Carbot makeover proves that giving your deathly-serious digital sport a vibrant makeover doesn't make it any less fun.

If you're not selling cards, will you at least sell a way to actively make my game look like it was slapped together in Paint?

Ahem. Anyway, it's interesting to see some of the more granular changes being made to heroes and cards in nu-Artifact - introducing the ability to "bounce" opposing cards back to the player's hands, raising the general lane-hopping mobility of the game, and cutting most units to roughly 60% of their original statlines. Combined with plans to ditch the one-lane-at-a-time format, it sounds like Artifact 2.0 will be a marked change from how the game's been played so far.

Does it need to be prettier, though? We'll see about that.