Famous stick-wielding orphan Harry Potter has earned himself another full-fledged RPG, this time courtesy of Minecraft modding team The Floo Network. Building on an impressively detailed Hogwarts map from five years ago, the team have since filled it with spells, adventures and secrets. You go to lessons, complete quests, and explore extensive recreations of Potterland, including Hogsmeade, Diagon Alley, and Westminster. The trailer briefly made me feel that Potter-triggered tingle I remember from childhood so it must be doing something right.

You don't play Harry Potter, just a normal schoolkid trying to get through their first wizarding semester. There's "no overarching plot to do with He Who Must Not Be Named, or anything like that". That's fine. I glimpsed some sliding block puzzles that remind me of EA's official Harry Potter games from the early 2000s, which isn't exactly high praise but scores points for nostalgia, the most magical of all emotions.

You also get to argue about mudbloods with a terrifying Draco Malfoy, who I spotted in this longer look at the mod that the team posted in August. 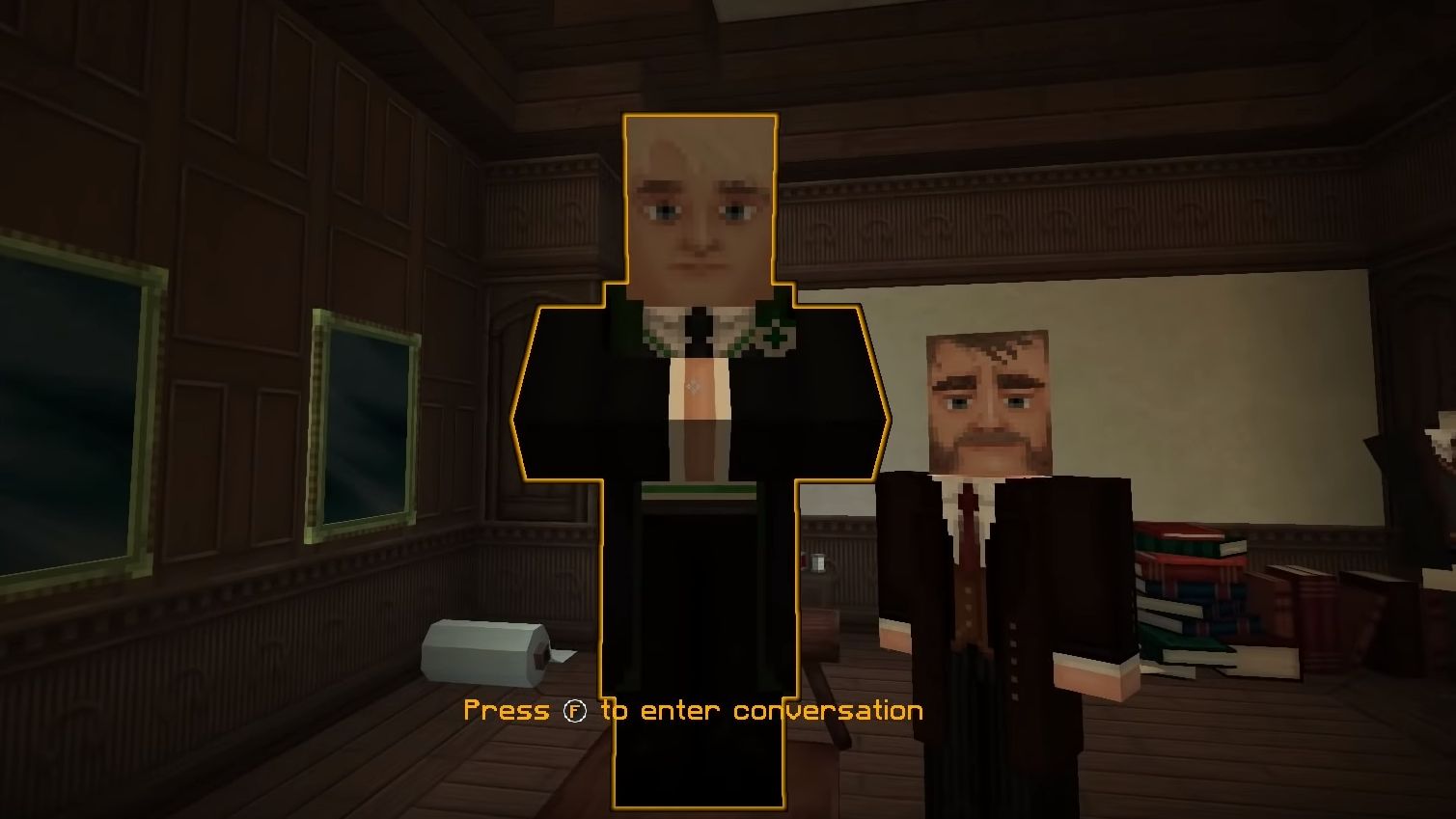 You'll be able to play with up to three friends, and won't need to download any other mods to make it work. Floo Network say they're trying to get this out before the end of the month.

The team have already released an older version of the map, sans quests and story bits. If you just want to potter around Potterland, you can pay what you want to download it here.