Salty Bet is just a lovely concept for casual, passive entertainment online. Two random fighting game characters enter, one leaves, and you get to bet imaginary money on who for bragging rights. Kitfox Games clearly agree, as they've just launched BadCupid, a less cacophonous, more romantic take on the concept. Two characters with AI personalities go on a date in the locale of the audience's choosing, and the crowd put down (entirely fictional) money on whether they'll find love or not. It's all very strange, free, and live here now if you want to give it a spin.

While I can't see BadCupid catching on to the same degree as Salty Bet simply for its lack of potential for unexpected chaos or hilarious breakage, I reckon it may become a quiet social hit. Its cast of characters (to be expanded over time) can be seen here, and it's an interesting mix of real historical, classical fictional and videogame characters. I even notice an appearance by the Zaraden, whose game (The Void Rains Upon her Heart) I gave a sales shout-out to just last night. Not even out of early access and already working a side-gig - a sad sign of the times. 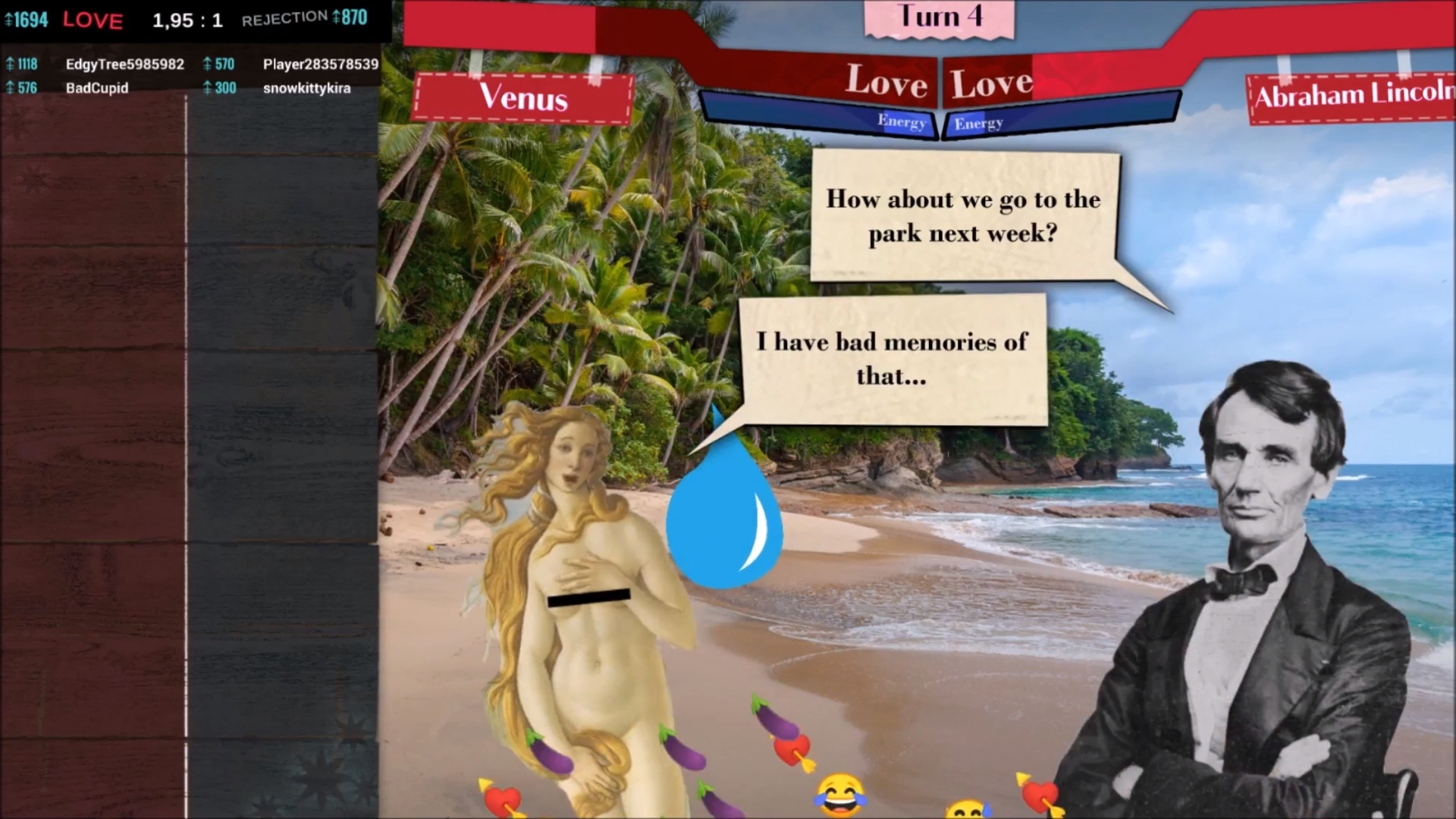 So far, my grumbles with BadCupid are that it's using Mixer for its streaming, rather than Twitch, which currently gives me no way to use Livestreamer to convert it into a bizarre, ever-shifting desktop wallpaper, as I did sometimes with Salty Bet. I also think that the bots could do with a little more personality. While each has their own likes and dislikes, there's a bit too much repeated language. There needs to be a little more human touch there, and it's one thing I hope that Kitfox build on over the coming months, assuming they get enough subscriptions to keep it running.

BadCupid is live and running here. Tune in here to play along and make some bets, or check out the official page here. Of course, this is just a silly side-project, and Kitfox are mostly working on romantic action-RPG Boyfriend Dungeon, which recently cleaned up on Kickstarter.