Gritty fantasy merc-manager Battle Brothers is a brutal and uncompromising game, but most of the foes your troops faced were humanoid and predictable - undead at worst. Today's launch of the Beasts & Exploration DLC changes that, bulking out its world of perils with new places to adventure, new quests to undertake, and a few giant boss-class monsters to get eaten by. This is the first paid DLC released for the game since it left early access in March 2017, and developers Overhype Studios reckon it expands the world by around 25% - lots of new and innovative ways to die.

Not too long after Battle Brothers launched, Overhype rolled out a small piece of free DLC to test the waters that this expansion has plunged fully into. The Lindwurm, while not massively threatening, set the stage for the likes of the boss encounter seen up top there. While your troops may be limited to steel and leather to protect them, there are more mystical forces out there, and sometimes they take the form of giant, hungry creatures. The new DLC contains five new types of beast, and three bosses with their own treasure hordes and twists to their battles. 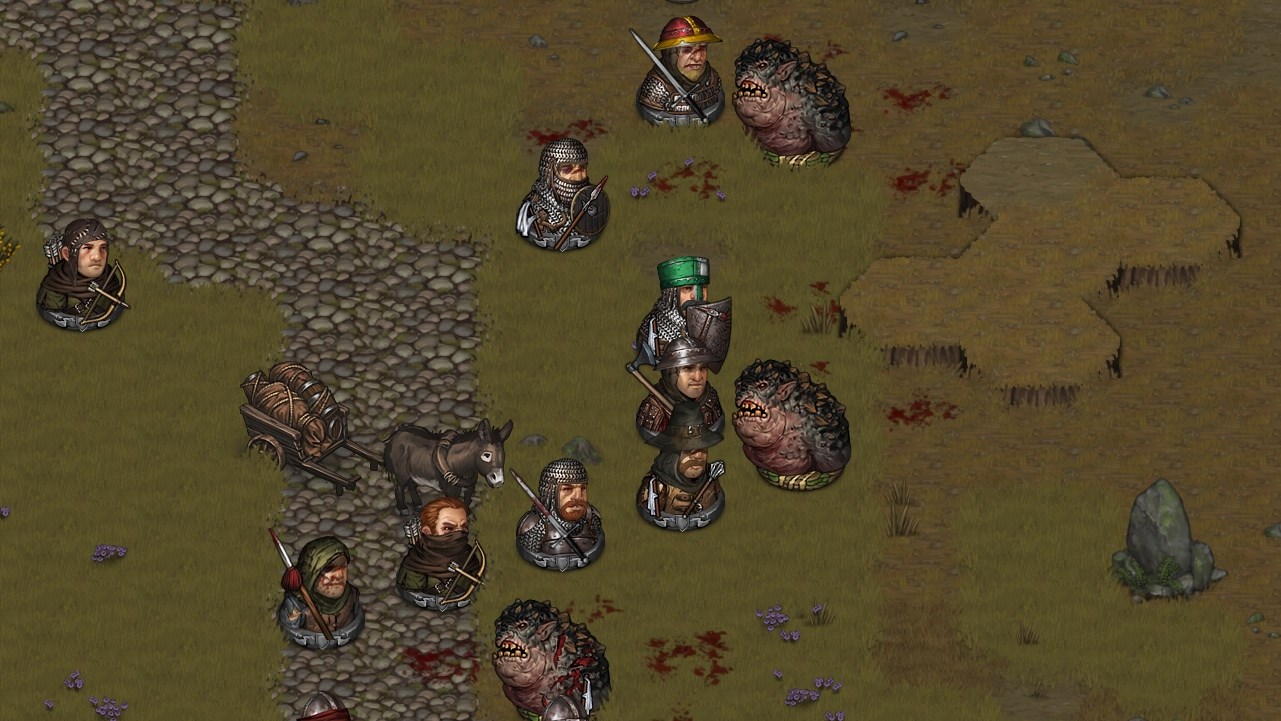 The other half of the DLC is exploration. The world map is a bit more densely packed with interesting places to visit, filled with interesting new people that want to murder you to death. Unsurprisingly there's some new weapons and armour to be found, and new contracts to undertake (such as monster-hunting), but what'll probably appeal to veteran players are the new customisation and crafting options. Monster bits can be turned into unique gear, gear can be repainted and modules like cloaks and shoulder-guards can be pinned to armour for extra style.