Wake up and slap on your lore caps, Elder Scrolls fans. The Elder Scrolls VI may be quite a ways off yet, but that sure hasn't ever stopped anyone from trying to divine details about where and when it might be set. The game's afoot once again thanks to a map that Bethesda have posted with a message that seems like it could definitely possibly maybe be a hint that ES6 will head to Hammerfell. Maybe.

Here's the full map down below, which Bethesda posted with the message "Transcribe the past and map the future. Here's to a Happy New Year!" It could be just a simple new year's wish alongside a map of Skyrim or perhaps it's a cryptic hint about the next Elder Scrolls game. 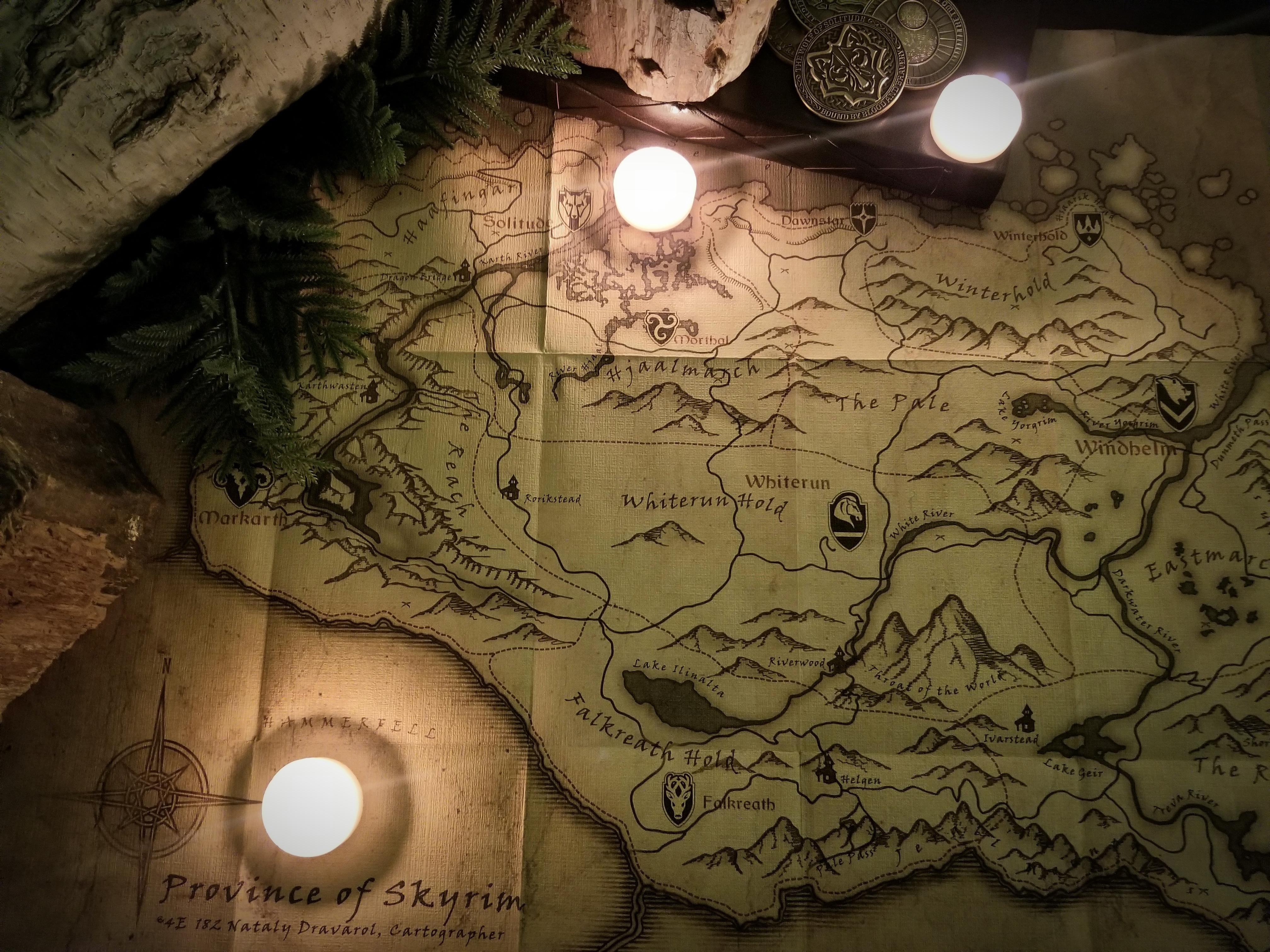 Folks online are speculating that the placement of candles on the image is a clue about the future of the series. "Transcribe the past" could refer to the candle beside Solitude, an important location in The Elder Scrolls V: Skyrim. By that logic then, surely the candle very obviously placed right beneath the empty, unfilled space labeled "Hammerfell" is what we'll be mapping in the future, yes?

Hammerfell, in the world of Tamriel, is home to the Redguard people. It's a mostly arid place with the large Alik'r Desert. It certainly seems like a solid maybe that the original teaser trailer down below and this new map are singing the same tune.

What about the third candle, then? It's sitting beside a set of coins that were included in the physical collector's edition for The Elder Scrolls Online's Greymoor expansion last year. Perhaps it's a past, present, future type thing? Heck, maybe the entire thing is an ESO-related teaser. Or, indeed, it may just be a fun little post meant to drive fans wild.

Bethesda announced the next Elder Scrolls game back in 2018 and have since said very, very little about it. It's years away, behind the space RPG Starfield in their production schedule, and far enough away that they've said we should probably be asking for details years from now. Sure would be cheeky of them if this does turn out to be some kind of TES6 hint.

If you missed the news back in September, Microsoft bought Bethesda.