Let me tell you about Ed and Peter. Those aren't their real names, because they don't have any. When I spoke to Creative Assembly’s development and communications manager Al Bickham, he didn't give any to the hypothetical heroes he used to explain how relationships work in the upcoming Total War: Three Kingdoms. He did explain that one of them might be trying to kill you.

We'll get to that, and why a dash of Crusader Kings style intrigue might make this the spiciest Total War yet. But you'll need some context if Pete's betrayal is going to sting.

Three Kingdoms takes place in one of two versions of third century China. If you choose to play in Classic Mode, then you'll be dropped into the middle of three warring factions, warring more or less as they actually warred: "with generals who are regular human beings, and as squishy as any other human wearing 30 kilos of armour," Bickham told me. "But if you play in Romance Mode you can use them as powerful units in their own right - you can tear across the battlefield and have a real laugh with them."

These are the heroes of the Romance of the Three Kingdoms, a 14th Century novel that recounts the events of the period - but with a dollop of near deific feats from the major players, plus a sprinkling of mythological creatures.

Pick Classic Mode, and "you’re likely to have those kind of skirmish phases where you’re testing the strength of the enemy, trying to kite part of his army away with light cavalry, or trying to disrupt his formation through faints and tactics like that." Pick Romance Mode, and you'll see "excitement, drama, amazing characterisation and firework events".

If you want both, then you're out of luck. I'd imagined it might be possible to tick features on and off, but Bickham told me they'd kept the experiences "deliberately segregated". If you'd rather peer at the past through fantastical rose tinted glasses but don't want hero units dominating every battle, then tough. Although, as Bickham was keen to stress: "They’re not gods! They’re not invulnerable. If you point all your archers at an enemy hero, he’s going to hurt. If a hero goes and fights an elite warrior unit ... he might kill them, or he might rout them, but he’s definitely going to take some chopping up on the way in." 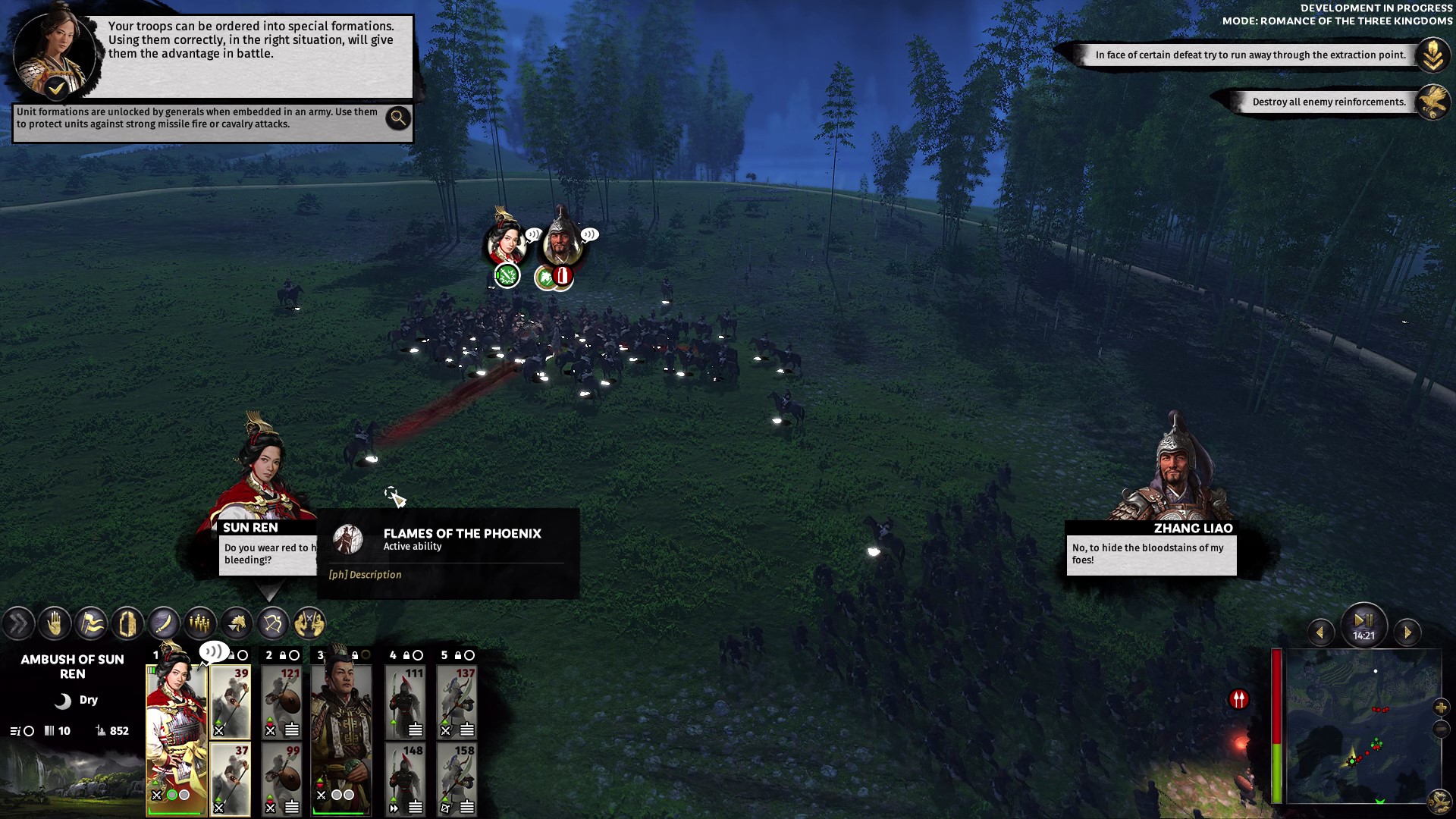 Which brings us to some hero chopping. Almost. First you've gotta learn about guanxi (and be thankful you're not trying to pronounce it for the first time in front of a developer).

"This is our catch all title for the system of character relationships that we’re building in the game. Guanxi is a Chinese concept of interpersonal relationships, it’s almost like viewing the world around you as a network. Like the Linked In of the ancient world. It embodies concepts of friendship, respect, reciprocity - there’s a whole lot of stuff bound up in it that’s kind of crucial."

Here's where Ed and Peter step in. Bickham asks me to imagine a commander and a strategist, with complementary skills that make me decide to repeatedly throw them into the fray together. They could wind up forming a rivalry, where they each strive to outperform the other - or they might just be mates.

"Let’s take friendship: in battle, those guys will fight all the harder, they might get some kind of defensive bonus as well, because they’re fighting arm to arm with their blood brother. But if one of them falls, the other might go berserk. You might lose control of him and he might charge off into the nearest enemy unit - regardless of how much health he’s got left - with a cry for vengeance for his fallen brother. So, swings and roundabouts."

Even if they don't fall on the battlefield, there are other reasons your favourite heroes might leave you - because they're people. Or at least, like people, they have values. "Every character has a list of predestined traits which you don’t know about at the start", Bickham explains, "you have to work with them if you want to keep them on side." If you're constantly at war and Ed happens to prefer peace, then he might just up and leave.

Worse, Peter might decide to join him. "Blood may be thicker than water, and he might be like 'aw, I’m gonna miss my strategist bud. You know what, I’m going to join him'. So he might be fairly satisfied with the faction because he’s a commander and he likes going to war, but actually that bond might outweigh his satisfaction level with the way you’re playing the game. And they’ll go off and appear in other factions recruitment pools, and then ten turns down the line you might be facing your best general in battle." 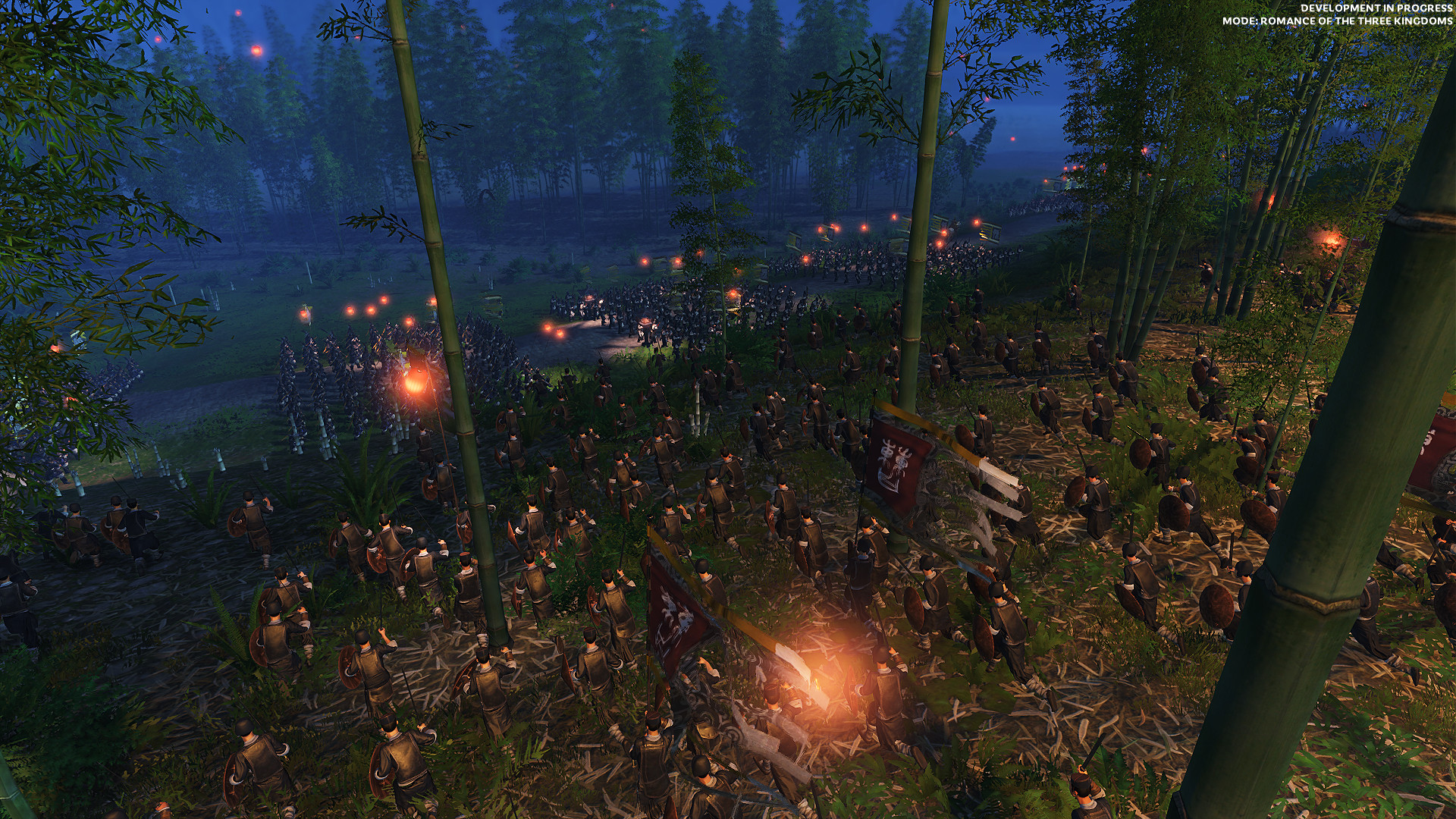 In the most exciting scenario of all, though, that might be part of your plan. Pete might be a spy.

Not every character is up for it - no matter how strong his devotion to his leader, Ed might refuse such a dishonourable task. Most characters, though, can be convinced to go rogue. Once they've been assigned to skulduggery, the rest of the world will see that hero part ways with your faction - and then they'll try to recruit him for themselves. That's when things get interesting.

"The longer a spy remains undercover and doesn’t do anything particularly outrageous, the stronger their cover rating gets as they build a network of informants and a coterie of loyal people around to provide them with alibis. So you’re less likely to break cover when you do an action, and when your cover level gets high enough you start unlocking new spy abilities.
As far as the rival faction leader is concerned he’s a loyal guy, he’s sending him around the world to fight - and you’re just keeping an eye on him. He’s got to keep his cover, so he’s going to fight you with all his might because he’s employed by the enemy."

I'm used to spies being able to poison water supplies or sabotage buildings. Here, they can also end empires.

"You can assign an heir, and you want your faction leader to be the best character that he can be. So if this guy has weak sons and decides to name your spy as his heir, you can kick off a civil war. You can divide that faction in two, because they’ll have built up loyalties - and friendships, crucially. Suddenly, your spy and half the enemy’s territory become yours to fight the other faction. That’s not easy, it takes a really long time and it’s an endgame thing, but that’s the extreme you can take spying to." 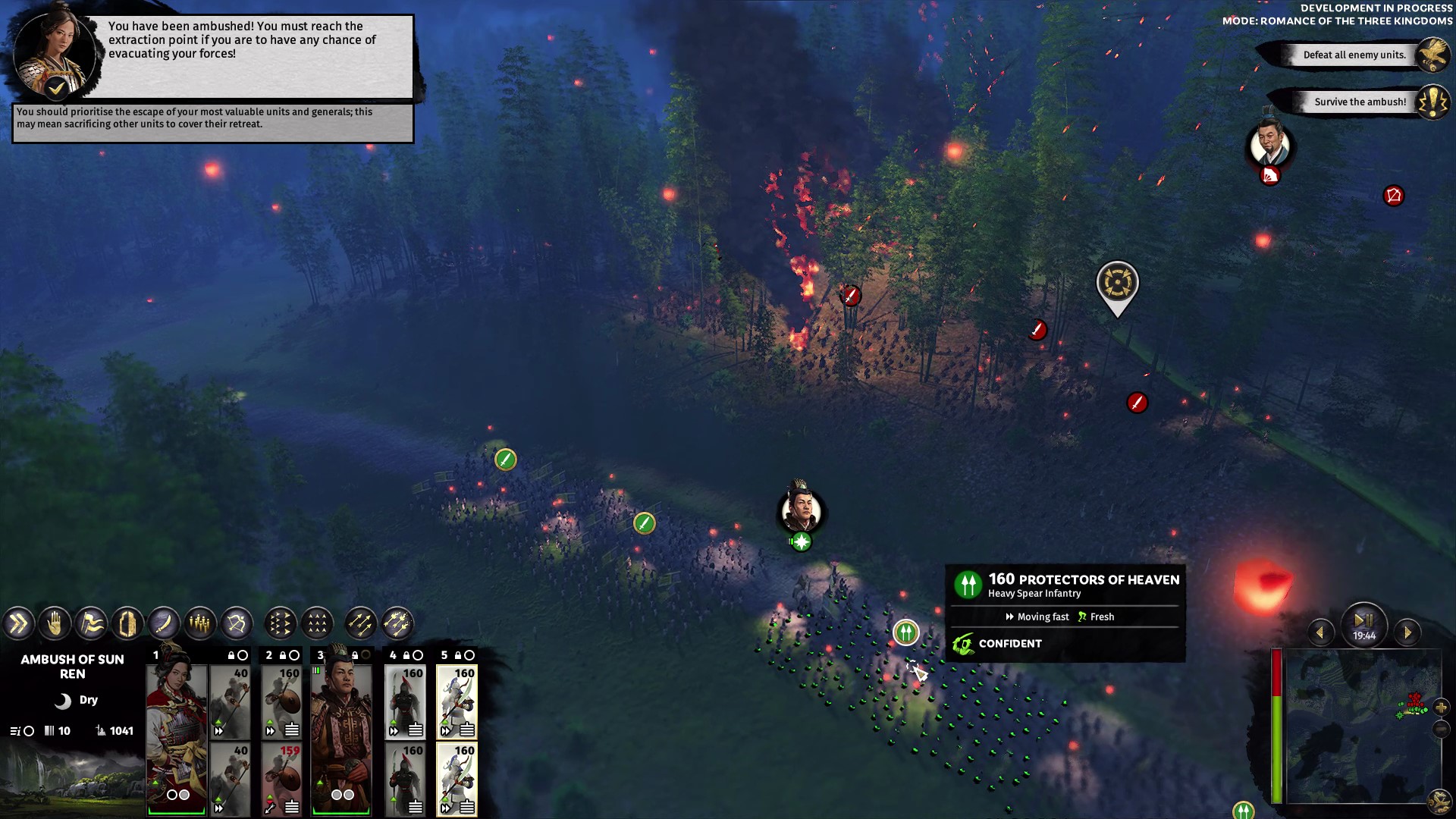 But what if Peter's plot didn't go to plan? What if an unlucky dice roll unravelled the conspiracy, unveiling him for the traitorous scumbag he is? In that case, the faction leader would have a choice. "He can execute him out of hand, or he can attempt to play them back as a double agent." If the leader picks the second option, "your spy will come back to you and be like 'sorry, I did my best!'".

You're just as susceptible to chicanery as the AI, and might want to think twice before deciding to pass on the reigns to anyone who's dallied outside your forces. Especially if you're playing multiplayer, and there's something strange about your friend's tone. Edwin Evans-Thirlwell was warned about that when he got his hands on at Gamescom, as well as being told about spying nuances I haven't dug into here.

I've never really gotten into a Total War game. I don't have the patience to keep my men in formation, nor the desire to learn what formations they should form in the first place. I am interested in stories though, and it's possible that duplicitous, personable characters can power a storytelling machine the likes of Total War has never seen. With the accessibility of Romance Mode combined with the intrigue of espionage, this could be the first War to hold my attention.