It's not. What I would swear blind is but a four-minute trailer for something I might watch on Netflix once I've run out of vintage Star Trek episodes is, in fact, the complete Conviction, the Anthem 'story' directed by District 9 and Chappie fella Neill Blomkamp.

Wow, 'Blomkamp' starts sounding really weird when you type it over and over.

Look, Conviction is pretty and all (I like the sweeping, vine-covered ruin bits particularly) but a story it is not. It is a collection of out of context shots, music rising eternally to a crescendo that never comes and nameless characters never seen again after their single-second appearance. It is a very long trailer for Anthem, the videogame, not ancillary fiction from the Anthem setting. It feels like something I'll sit through while semi-anxiously waiting to see what happens in Avengers: The One Where Robert Downey Jr Didn't Want To Renew His Contract Further. Hell, it probably will be.

Generally, I'm not the snarker I used to be these days. But why Conviction winds me up far more than a four-minute compilation of moments from cutscenes should is that it does precisely zero to make me better understand or want to play Anthem, a game I have yet to play. I feel as though an enormous money has been spent for no clear purpose, and God only knows what interesting projects could have come out of Bioware for the moolah this cost.

I'm being an armchair economist. Kill me. But: what is this even for?

Interestingly, when I first watched Conviction, it was called 'an Anthem story' (the below is a screenshot from an old tab, please don't rage at me when you can't make it play a video): 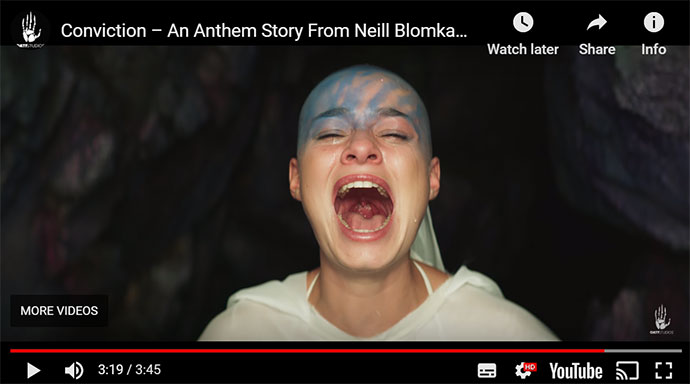 Half an hour later, after a whole lot of people wait-whatted at it, the title's changed to 'an Anthem trailer.' 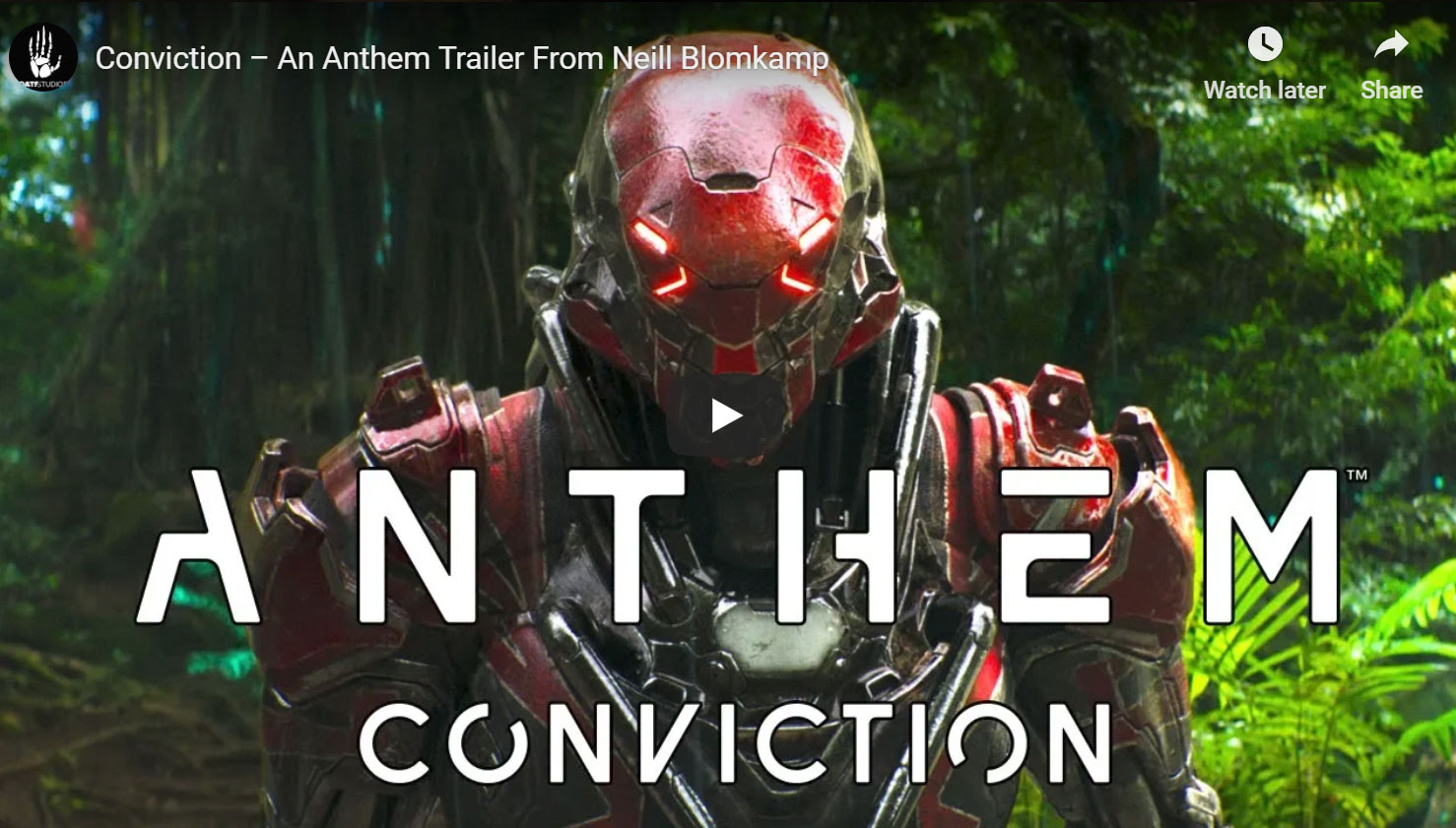