Activision have revealed the content roadmap for Call Of Duty: Black Ops Cold War and Warzone's first season which kicks off on 10th December. It promises a slew of free weapons, maps, and modes for Blops as well as a mysterious "Classified Warzone Experience". Although, it's all largely non-specific info. Thankfully Gunfight mode is making a comeback, which I'm pretty darn excited for.

You can see the roadmap for yourself below: 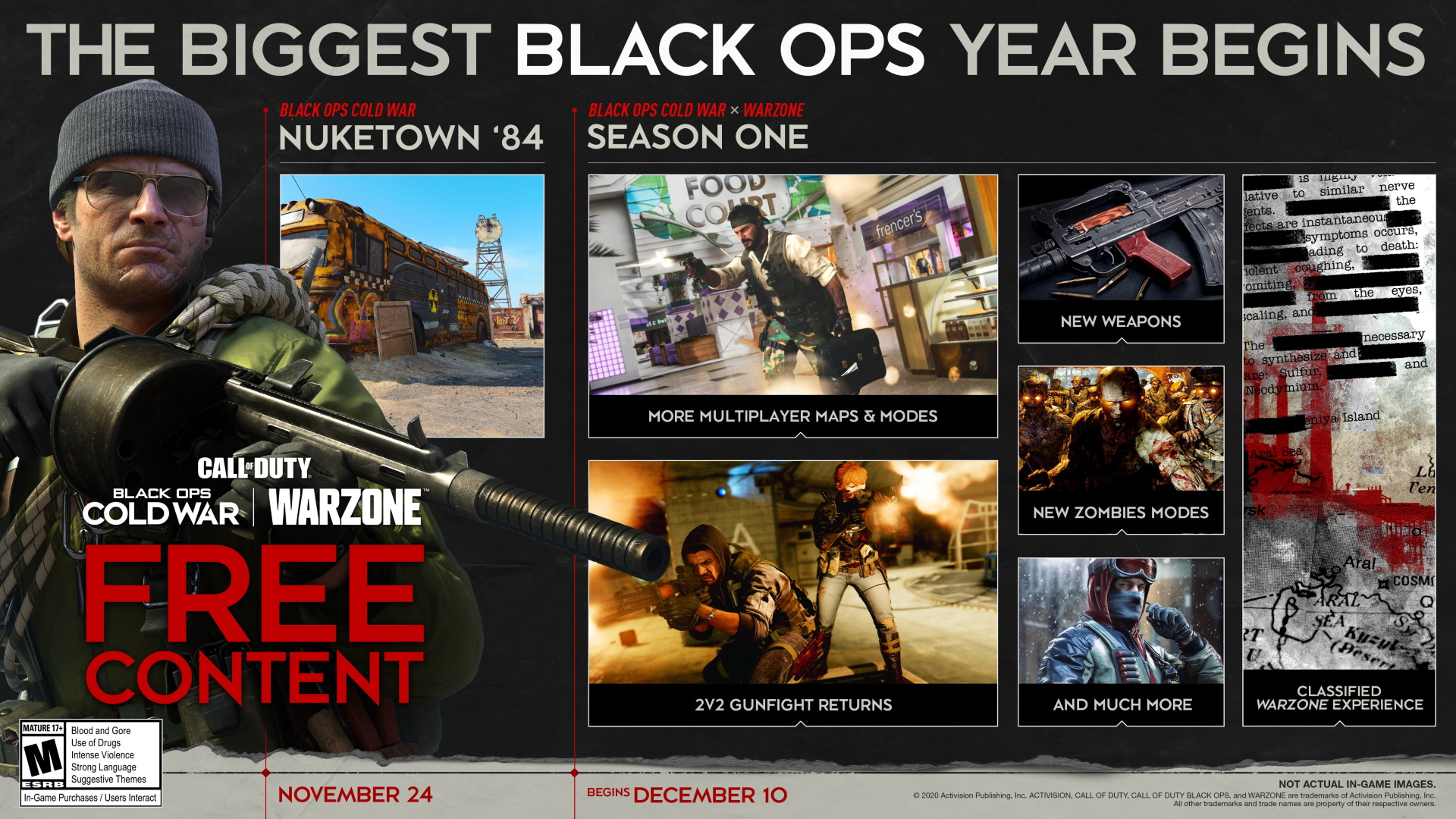 So, most of it's actually pretty vague, isn't it? I was expecting new maps, modes, and the like for Blops anyway. I suppose it's nice to see the map Nuketown return, let's hope it's still as chaotic as ever. Plus, the gun in the "New Weapons" box looks like a Groza assault rifle, and the bloke with the beanie hat appears to be holding the fast-firing Striker shotgun from previous CoDs past.

There's also not much to say about this promised Warzone experience. It could be a reference to literally anything, like a limited-time event in a similar vein to the recent Haunting of Verdansk, or it could hint at some map changes. We'll just have to wait and see.

The main highlight for me is confirmation that Gunfight is coming back in Blops. It's an intense multiplayer mode in which two teams of two players face off in a race to win six rounds. What makes it particularly heart-pounding is the lack of respawns, and the way the maps are titchy enough that there's nowhere to hide - camping ain't gonna work, pal. And to top it off, every couple of rounds everyone's assigned a new set of guns and equipment to use. I honestly reckon it's one of strongest introductions to CoD in a while.

If you're curious as to how Blops progression will feed into Warzone, Activision has confirmed that you'll be able to bring Cold War weapons into Verdansk alongside your current Modern Warfare arsenal too.