Management games have had quite a turbulent ride over the last two decades, but for the moment the genre seems to be on the up. Cities: Skylines, Prison Architect, and Planet Coaster, among others, give a wide range of creations to simulate and control.

Before starting, it’s worth noting that, although, RollerCoaster Tycoon is Sawyer’s most popular title, it wasn’t his first foray into the simulation genre. Prior to that, he’d already made a name for himself by being the lead designer on Transport Tycoon (a favourite of Adam's), a game where players build supply routes and move goods around a map. Following this game’s moderate success, he began exploring new challenges and soon settled on the idea of a theme park management sim, where players work through a number of scenarios while trying to turn over a profit.

Sawyer recalls, “I spent a lot of time on research at the beginning but mostly from books and videos rather than trips to theme parks, and the game’s toolset sort of grew organically depending on what really interested me personally and also what was possible within the limited power and capacity of the PC at that time (around 1997-1998).”

PC limitations would be a big problem for the game. Sawyer had to be conscious of available memory during every decision in order to achieve an acceptable performance level on a wide range of PCs. He states, “The isometric landscape and limited “piece by piece” roller coaster construction method with fixed angles and sizes came about because they worked well with the power and memory available…[Though] there’s not a lot I’d change if I could go back and re-write the game without the power and storage restrictions – the simplicity and restrictive framework in the game I think could be part of what makes it such a good game.”

These limitations were also responsible for one of the game’s most memorable features: the ability to torment and kill guests, either by drowning them or demolishing rides. In both cases, these were allowed because the alternative required more graphics and memory rather than a deliberate design decision. 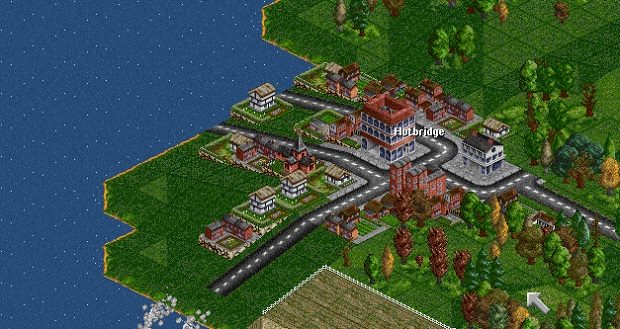 Sawyer says, “It’s quite amazing, and scary, seeing how inventive and devious some players are with trying to torment and kill guests, when that really was never the intention! I never set out to deliberately allow such violence in the game.

“[Particularly] for the drowning guests, it was laziness on my part – the alternative would have been that guests would swim to shore and climb out of the water, but this would have involved a lot more programming (and graphics) than a simple animation of the guest waving for help and finally disappearing.”

RollerCoaster Tycoon was never intended to be anything more than a niche project, but it became a hit, when it finally released on PC in 1999, so a sequel followed three years later. Talking about the follow up, Sawyer says, “It was actually a much more straightforward project compared to the original game, though the quantity of work involved was a lot greater due to the vast number of extra roller coaster types and other rides and stalls we added. Looking back with hindsight, I think I spent too much time on the mechanics of the second game and not enough time on the playability side, particularly the parks/scenarios included with the game and the lack of “progression” and challenge/achievement.”

Sawyer fixed this for RollerCoaster Tycoon Classic by editing the park scenarios from the first game to work with the second’s toolkit. This means that the experience is balanced for two different types of players: those who like simulations and those who the prefer progression and management aspects of the first.

After the second game released, Sawyer more or less disappeared from the industry, acting as consultant on the third title and releasing only one new game over the next decade: Chris Sawyer’s Locomotion. There were a number of reasons for this. The desire to spend more time on his personal life. A general dissatisfaction with the types of games becoming popular. And legal issues with his publisher Atari over unpaid royalties. 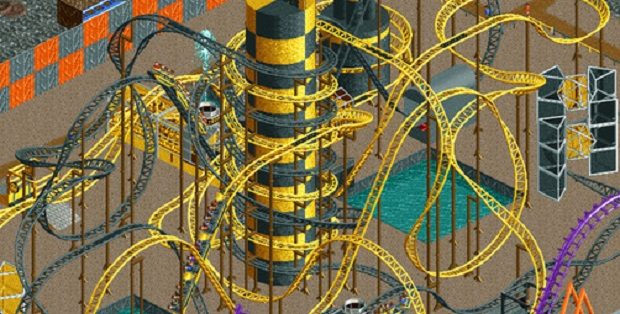 His decision to take a break from the games industry coincidentally occurred around the same time there was an ebb in the popularity and quality of simulation and management games. I asked Sawyer about this. “Perhaps the management/simulation games were all getting too big and too ambitious and were becoming too much like construction kits rather than being challenging games? With the increasing power and memory of computers 10 years ago there was an expectation that each new game would have more detail and more size than the previous one, and for a management/simulation type game that’s a slippery slope I think – more detail and more size doesn’t necessarily make a game more fun and possibly appeals to a much narrower audience.”

Nevertheless, the genre has had a resurgence of late, with new technology and modding communities like Steam workshop arguably helping games like Cities: Skylines and Planet Coaster reach a more widespread audience.

Sawyer says, “The ability to share and create user-generated content and the availability of third party tools has been the biggest change in the games industry over the last 10 years or so, and the games that embrace it without it compromising the game itself have been massively successful because of it.” He adds, “It’s a very tricky thing to manage well though, as it’s a fine line between allowing a game to potentially be opened up and watered down to the extent that it’s only a toolkit, and being overly controlling in terms of what’s allowed or not allowed, and also trying to protect copyright and revenue generation of the original game.

“It’ll be interesting seeing how things pan out in the next 5 years or so – it would be great if we could use the best of the mod/creative/sharing community to enhance the game playing experience while still ensuring the game itself remains as fun and as challenging as it was when originally designed and created.”

With the genre now riding a high, I finished by asking Sawyer about his plans for the future. Would we be seeing an original game from the developer anytime soon? Sadly, his answer – at least for the moment – is a no.

“I’ve been offered a lot of opportunities for working with publishers (or development teams) on their new projects but that’s just not the way I work, and I don’t think I’d be all that effective working in that environment either. [So] not at the moment, but I’d never rule it out!”