Civilization is at its worst when you're winning. Success breeds complacency as you click the end turn button and acknowledge the news of great accomplishments with the practiced apathy of a regent signing papers on behalf of an infant king. There is an inevitability about your empire's march through history and it's easy to feel like a passive pawn.

Rise and Fall, the first major expansion for Civ VI, attempts to address this by introducing global crises, dark ages and citizen loyalty. It gets about half of the job spot on; the fall is much better than the rise.

I'm always excited about Civilization expansions. The two major releases for Civ V transformed it from a stripped-down entry with one big idea (one unit per tile) into a fine alternative to its much-praised predecessor. 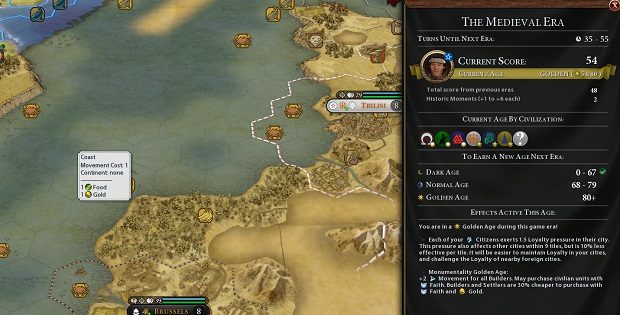 Civ VI, I would argue, had more big ideas right out of the gate. The leader and nation you choose to play as has a greater influence on the game than ever before, cities now occupy areas of the map rather than single tiles in a much more convincing fashion, and progress through the trees of civics and science is marked with mini-objectives and interesting choices. This is a game that doesn't need new features so much as it needs a concentrated effort to refine the features it already has.

In that sense, Rise and Fall is pulling in the right direction. The focus, as the title suggests, is on the overall flow of the game, introducing the possibility of ages both golden and dark, and preventing that familiar drift toward cultural inertia.

Ages now have their own dedicated screen, telling you roughly how many turns will pass before the world moves into a new era. The eras themselves haven't changed – ancient, classical, medieval and so forth – but they're now aligned more firmly with the game's competitive nature. You're not just racing toward victory, trying to stay ahead of your opponents, you're directly rewarded for being at the top of the pile at the switch from one age to the next. 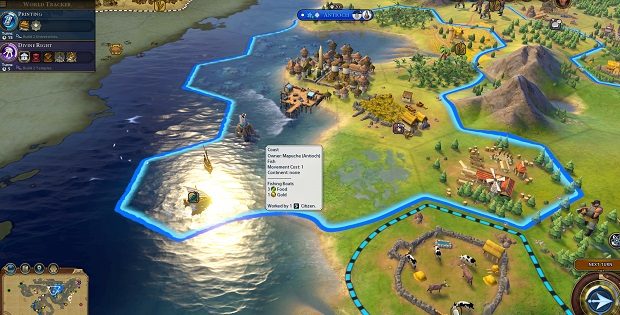 I think Civ VI is the most competitive game in the series by some distance. Everything from the tech boosts that work like mini buffs and achievements to the focus on using the unique qualities of your chosen nation encourages a correct way of playing. There is so much feedback and positive reinforcement for 'good' choices that without even realising it, I'm sometimes locked into a specific way of playing that's defined more by the map and the city states around me than it is by my own choices.

Rise and Fall has amplified that tendency. It's a rare turn that doesn't dangle some obvious rewards in front of me. That's not necessarily a bad thing – it's good to have direction – but I often feel like I'm following a trail of breadcrumbs toward the end of history.

And if that's the case, the Golden Ages are the biggest breadcrumbs of the lot. They're big, crusty golden loaves, straight out of the oven. As the countdown to a new age reaches single digits, you'll have a good idea of how things are going to play out over the coming centuries.

The End Turn button now has a tracker running around it, keeping tabs on your achievements in the current age, which then determine your standing in the next age. As each new age begins, you decide what your civ's focus will be, broadly concentrating on art, science, faith, expansion or some other target. Any successes in that particular field will provide a more substantial boost to your score, but every major stepping stone provides some points. Maybe you met a new civ, maybe you helped out a city state, or maybe you founded a religion. It all goes into the pot.

Hit the first score threshold and you'll avoid falling into a dark age, hit the second and you'll rise into a golden age. And that's where things get complicated, in a critical sense.

Simply put, golden ages aren't very enjoyable. It's like the game suddenly switches to easy mode and the reward for success is a few hundred years of minimal effort. What might sound like a welcome relief feels more like wasted time to me. Civ, like most strategy games, is at its best when there are meaningful decisions to be made, involving compromises and regrets. In a golden age, your people are so deliriously happy you don't need to worry about them very much at all.

Dark ages are great though. I want an entire 4X game about civilizations collapsing rather than rising to greatness, where the only measure of success is how long you managed to hold off the inevitable.

I haven't actually had a dark age finish me off in Civ VI but they do create interesting dilemmas. Loyalty, an important new feature that golden ages pretty much sideline by injecting happiness directly into your citizens, can become a serious concern during a dark age. It's a fairly simple system, essentially allowing unhappy cities to free themselves from their original owner. 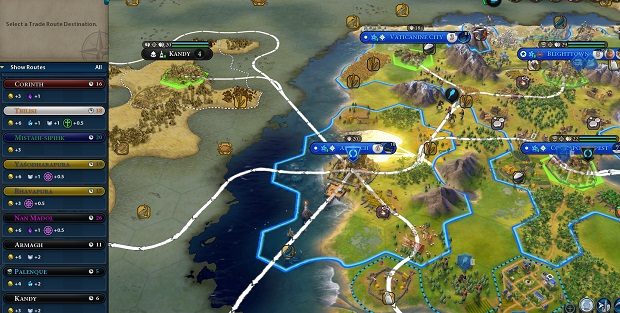 There's much more pressure on loyalty during dark ages and a smart ruler can target unhappy civs and help to nudge their cities toward freedom. Once free, they can be seized in a manner similar to the culture flipping of earlier Civ games. Be more attractive than the other nations in the vicinity and you'll convince the city to join your ranks.

Combined with some great new civs to play as – particularly the Mapuche, who make great use of loyalty to allow terrifyingly swift misery-producing raids – and Governors who allow cities to specialise in even stranger and more interesting ways than before, Rise and Fall's core features are welcome, even if they don't change the game as dramatically as I'd hoped. This is still Civ VI.

What surprised me is that I've enjoyed returning to the game as much for the foundations as for the expansion. I'd passed into the stage I often do with Civ games where the attraction of the new is replaced by frustration at some of the old problems that have existed for as long as the series has. I think it's an excellent game though, and the three playthroughs I've completed since I began playing with the expansion have had enough variety that I still want to go straight back for more. 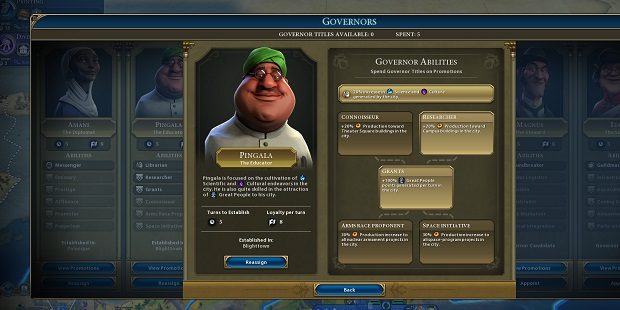 I conquered the world by amassing a fortune as a Dutch trading empire that owned an archipelago of weird islands, lacking in resources but rich in whale and fish. As Scotland, I built golf courses and attracted tourists from around the world. My Mapuche trampled all before them, with our good friends Georgia and Greece as close allies. There have been changes to alliances, which are now limited in number and focus on one specific aspect of the relationship – a cultural alliance, for example, helps with the sharing of cultural rewards. This means you can use alliances to bolster your weaknesses, or to focus on your existing strengths.

There are shorter term alliances as well, occurring whenever a crisis happens. These events could be the expansion's strongest feature, upsetting the apple cart of history in an unprecedented fashion. Drop a nuke and you might find you're the new bogeyman of the world, with a faction of the furious working to destroy you. I took the Mongol holy city after a brutal war and found myself black-listed by former friends and surrounded by new enemies.

As I said, crises could be the expansion's strongest feature. They're not though and the reason is simple. It's not the economy. It's the AI, stupid.

Civ VI is mostly fine when it comes to the 4X basics but it has a habit of ignoring some of the complexities. And it struggles with wars, as a general rule.

That's a problem when it comes to crises because what should be a dramatic unilateral response often becomes a damp squib. The peacekeepers of Civ VI talk big but for all the posturing, intervention seems rare. I'd like to think this is a political commentary of some sort but it's not; it's the AI playing Checkers while I try to play Chess.

Your tolerance of the flaws will depend, to a great extent, on your tolerance for Civ VI. Rise and Fall adds some great features and they have a knock-on effect that makes the journey as a whole more unpredictable, but it's still a game in conflict with itself. There are, broadly speaking, correct ways to play each of the unique civs and I still find myself reacting to what is available in the world rather than deciding how I want to play, and how I want my empire to behave.

Rise and Fall adds, tweaks and expands, but it doesn't address some of the underlying issues, particularly those related to the AI. We're not quite in the new golden age yet.

Sid Meier's Civilization 6: Rise And Fall is out now on Steam for Windows for £24.99 and requires the base game to play.