In our fleshy real world, the doomsday clock is a nifty little system for working out how close the human race is to oblivion. As of this January, it sits at two minutes to midnight, thanks to the "simultaneous existential threats" of climate change and war. Never one to reject a good idea, Fortnite: Battle Royale has implemented its own countdown to the end of the world. Only, Fortnite's end won't be quite as apocalyptic, heralding in a new season - and a potential new map - this Sunday, October 7th.

Fortnite's 10th season might have managed to push back the end by one week, but every season must come to a close. That should now be abundantly clear to the combatants of murder island, thanks to the appearance of countdown timers on TV screens littered across the map.

In case you miss those, there's an extra-large holographic clock on top of the Dusty Depot rocket, below. 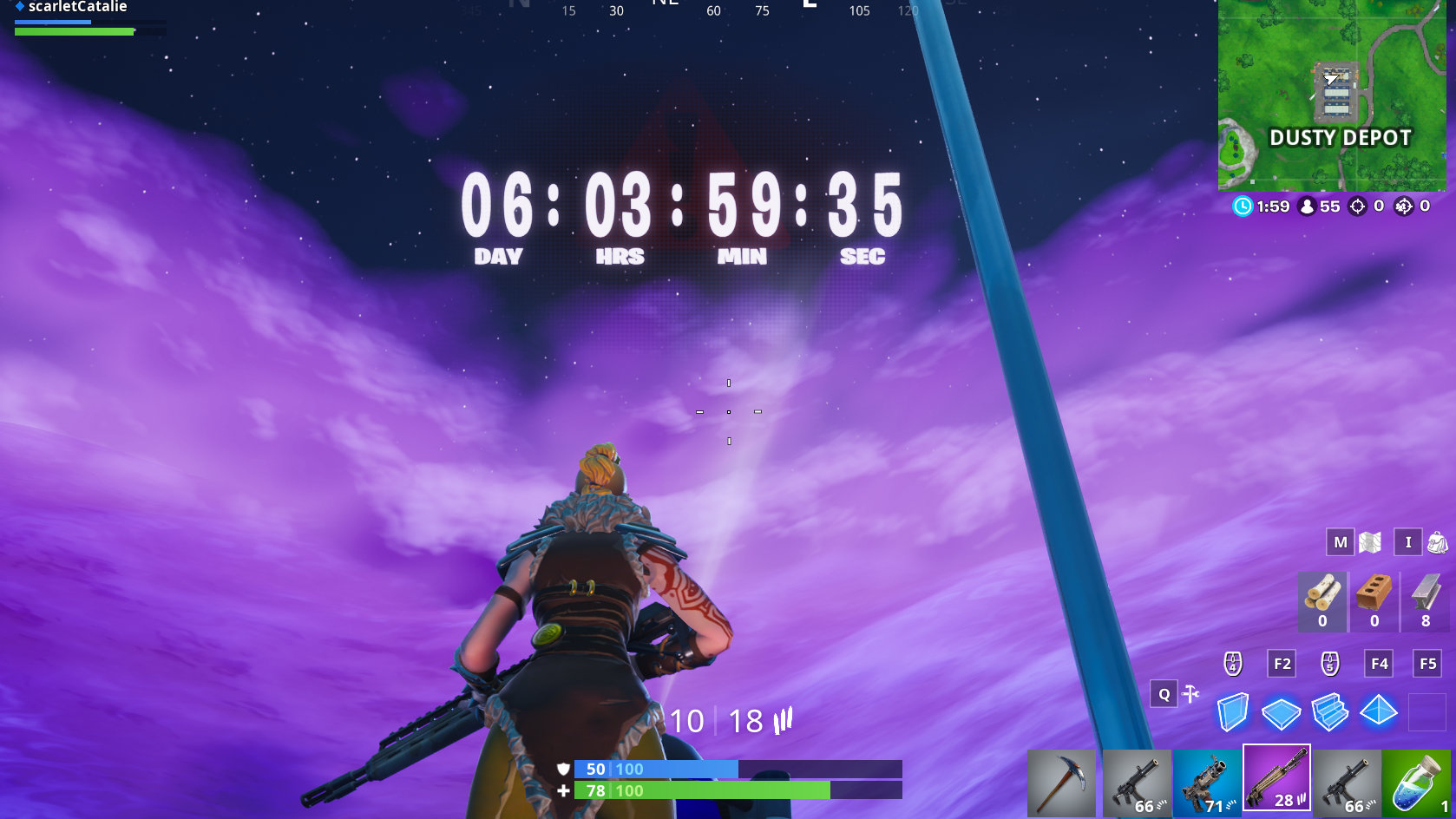 Leakers reckon the end of Season 10 will culminate in a massive event called (shockingly) The End. That rocket is bound to take off, leaving the island in some sort of dimension-shattering carnage. The time-and-space cleanup crew will then hop in and give the map a do-over, according to a bunch of new location names dug up from the game's files.

Season 11, then, is expected to be something of a soft-reset for the isle of slaughter. For two years, Epic have been slapping new bits onto the map, tossing out old ones, then bringing the old ones back again. I'm sure that's all quite fun and refreshing to follow, but ah! My artist's eye sheds a tear at the visual mess of it all.