I've already seen Control, Remedy's upcoming reality-shifting telekinesis-powered shootey RPG, and I liked it. You're about to see the first thirteen minutes, and I think you might like it too. It's got strange triangles and an extended Shawsank Redemption metaphor that doubles as an allusion to Plato's Cave.

Come on, come and nod your smug little head along with mine.

Based on the demo I played at GDC, I was already in. But now I'm so far in I almost feel obliged to start buying milk and watering the house plants. I hope they don't eat me.

My demo was all swooping and explosions, enjoyable carnage against an interesting backdrop. This sneak peek puts the world front and centre, and gives me a much better idea of how Remedy want to tell their story. It's grabbed my attention in a manner that's distinctly Fleabag, and I didn't expect I'd be able to bring up anything I could even begin to compare favourably to that for years.

Fleabag is still sharper, funnier, more surprising. This has shades of that though, an eagerness to explore all sorts of tricks. A main character that directly addresses the audience. NPCs intruding on an inner-monologue. A reference to a loading screen games have long-preconditioned us to ignore. It's dead clever, and I'm thrilled at how Remedy seem to be marrying their fascinating world to intriguing storytelling.

It's got some solid jokes, to boot. I already want to start pointing at this as an example of how you do world-building. 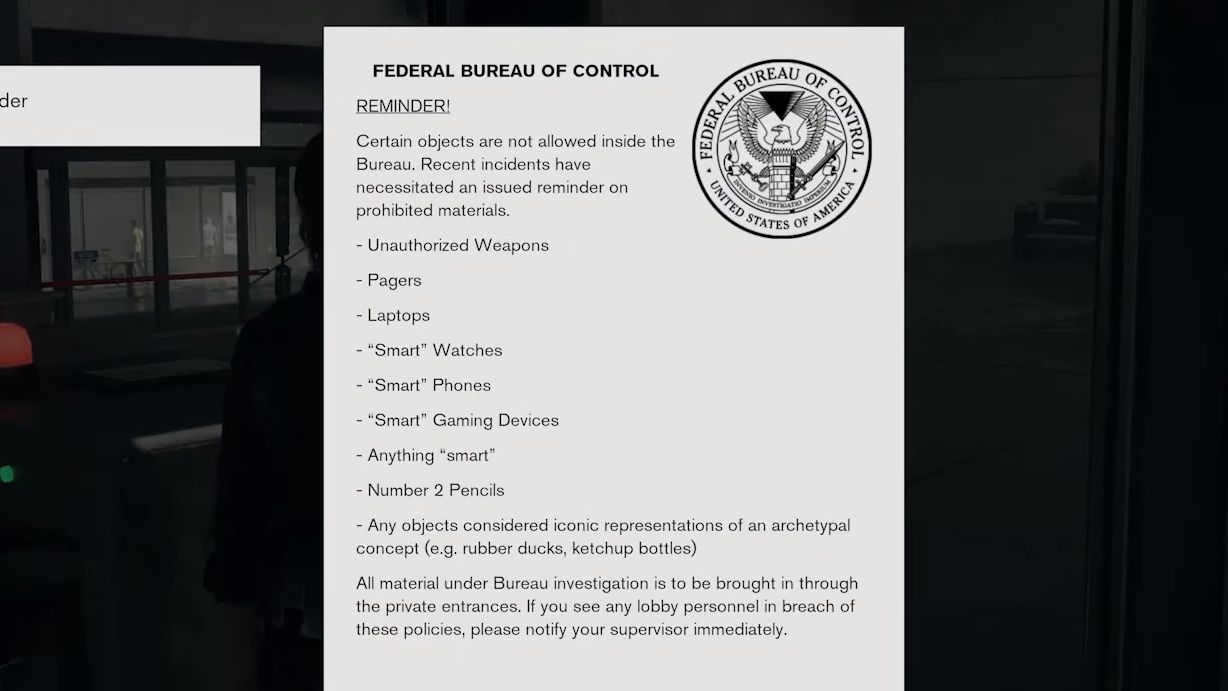 If you're half as intrigued as I am, you might also be interested in Brendy's and Alice's previews. Be warned that Alice mostly just talks about fire extinguishers.

I'm a sucker for anything that successfully plays with my expectations. My expectations for Control are high, though, and that's one front I doubt I'll be surprised on. It's out August 27th.