Every year The Flare Path runs a communal Combat Mission skirmish in which RPS readers attempt to outwit and outfight CM’s decidedly dangerous AI. Turns span 60 seconds and rarely go according to plan. Late-war and Eastern Front, this year’s scrap takes place in a German-held Baltic port. Nine turns after leaving their deployment zone, the commenter-controlled Soviets have lost two of their most important AFVs but are in control of two of the map's seven Victory Locations (East Bridge and West Bridge). 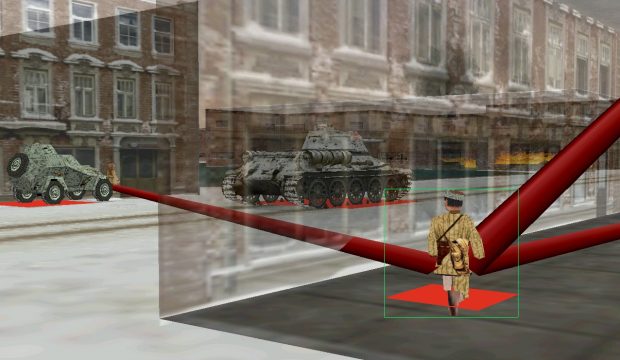 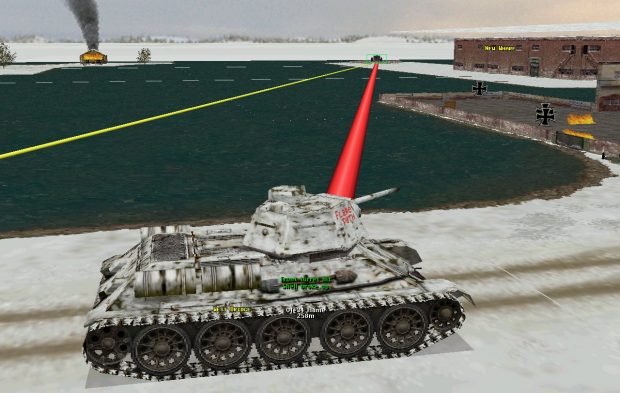 He waits for the gun on New Wharf to stop the reckless gauntlet runner in its tracks but the dock gunners seem as surprised as he is. Their only fusilade clatters harmlessly against the speeding OT-34's buttoned turret.

The next German unit to have a shy is an infantry squad in the burning warehouse at s14. The WHOOSH of a hurriedly levelled Panzerfaust is followed by a detonation on the cobbles several metres behind the Soviet tank. 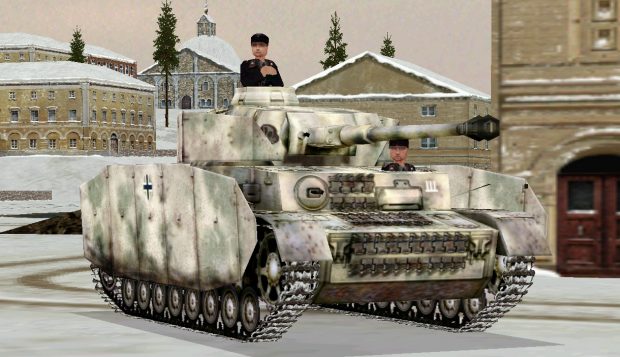 Hauling on his righthand steering lever, Flare Path's cursing driver (He always knew his commander, Sergeant Gagen, would get him killed one day) guides the galloping fire-breather over snow-obscured kerbs into the square. Part-way through the manoeuvre he glimpses the whitewashed visage of an approaching Pz IV at alarmingly close range. It looks like the SU-76's executioner is also en route for the square!

Turn 10 ends on a bayonet edge. Arriving at o16 at a canter, Flare Path slews round to face the AT gun under the trees at p18. She's about to open fire (Presumably. The consequences of that lost crewman are still unclear) when a German halftrack of some kind emerges from the road on her left. With the Pz IV seemingly about to rumble into view to starboard, and the HT threatening from port (The red engagement line implies an attack of some kind is imminent) the SE-facing and suppressed AT gun ahead is, for the moment, the least of our flame tank's worries. 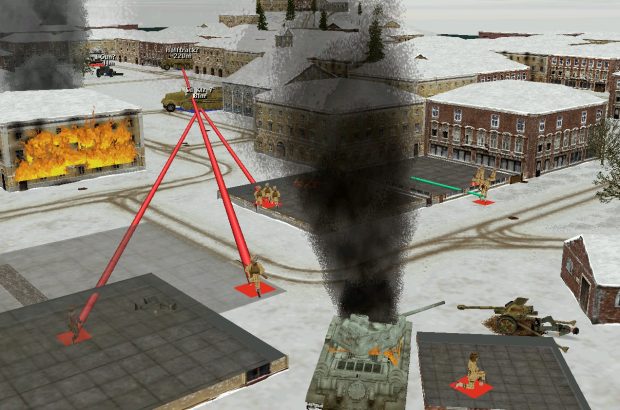 At the other end of the square, Myshkov's men and Kpt. Gurtiev, the company CO, are in the process of roughing up an innocuous Sd.Kfz. 7 artillery tractor flushed out by Flare Path, while the invaluable Renko endeavours to spook the HT at n18. The StuG? Still buttoned and gazing eastward at f26. 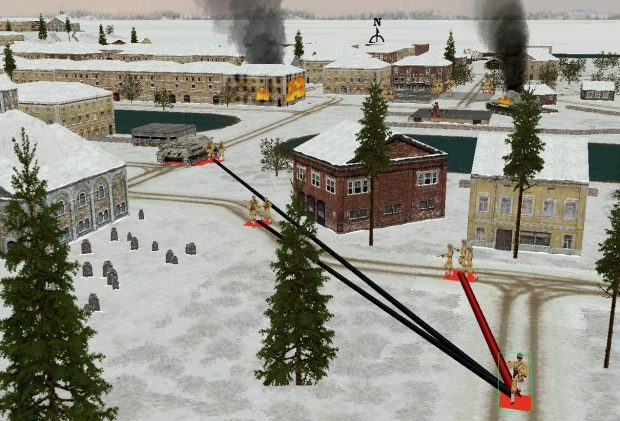 Further south, Lapshin's platoon, most of whom are weary after a jog along slippery, tank-churned roads, is nearing East Bridge. 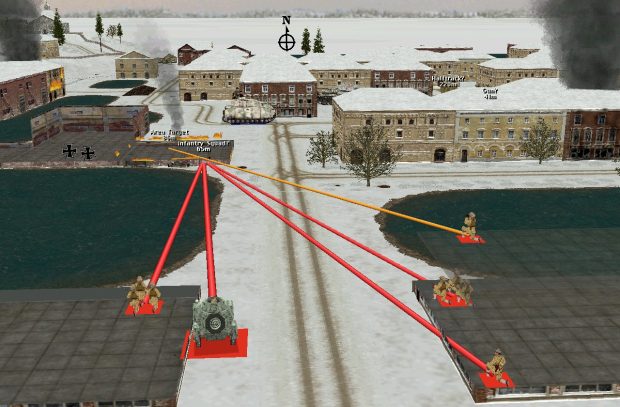 At West Bridge the 120mm mortar bombs have just begun arriving. Encouragingly, considering the close proximity of the BA-64B and Ryumin's platoon, the first one landed dead on target. The future looks bleak for the enemy units inside the warehouse at s12-14.