Welcome to the third communal Combat Mission skirmish – a comment-driven confrontation between RPS readers and CM’s uncommonly entertaining AI. Turns span 60 seconds and rarely go according to plan. Late-war and Eastern Front, this summer’s scrap takes place in a German-held Baltic port. Twenty-two turns in, the commenter-controlled Soviets control three of the map’s seven victory locations, and are in the process of assaulting a fiercely defended building (p15) north of West Bridge. 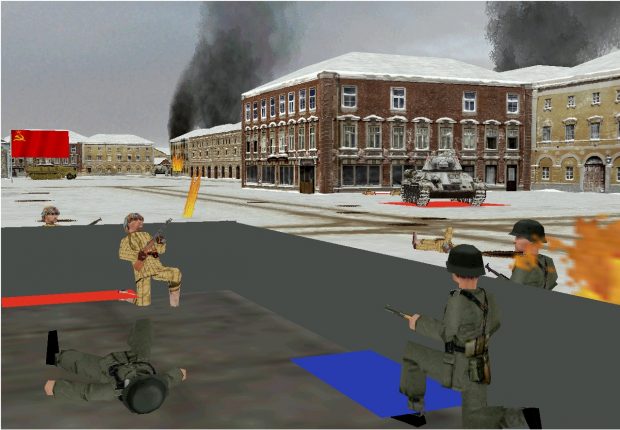 Abraded by bullets and shells from without, and gnawed by hungry flames from within, the house at p15 might be in a parlous state but its Axis occupants seem awfully attached to it. In the first fifteen seconds of the turn, their spirited defence costs five infantrymen their lives. Three of the casualties wear ushankas, two coal-scuttle Stahlhelme. 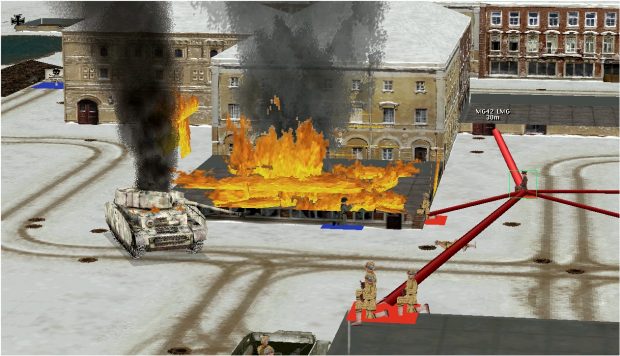 Even when the isolated fires become a raging inferno midway through the turn, the two surviving Germans refuse to relinquish their position.

Less enthusiastic about immolation is the comment-commanders' seven-man company HQ. Gurtiev and his men are sprinting for p15 when the blaze intensifies and wisely decide not to enter. They spend the rest of the turn in the square tackling nearby “crewmen” who, on closer inspection, turn out to be a two-man SS MG42 LMG team. 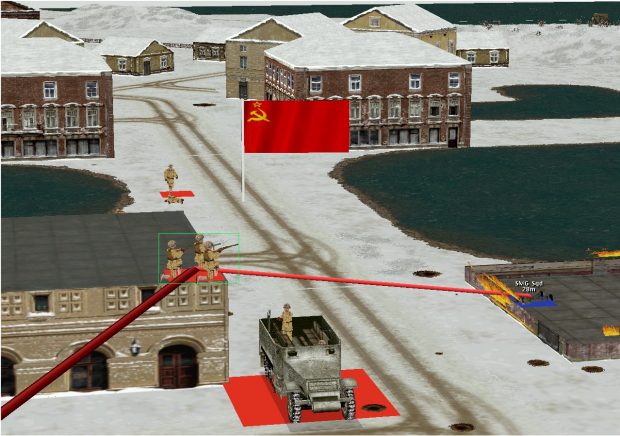 Will it be third time lucky for Ryumin's 1 Squad? For a spell, it seems not. Attempting another crossing of West Bridge, the remaining Soviet scouts are harassed by residents of the riverside warehouse. It's only when Lapshin's 1 Squad lend a hand, killing an MG 34 operator and persuading his Schmeisser-armed assistant to retreat, that the advance continues. 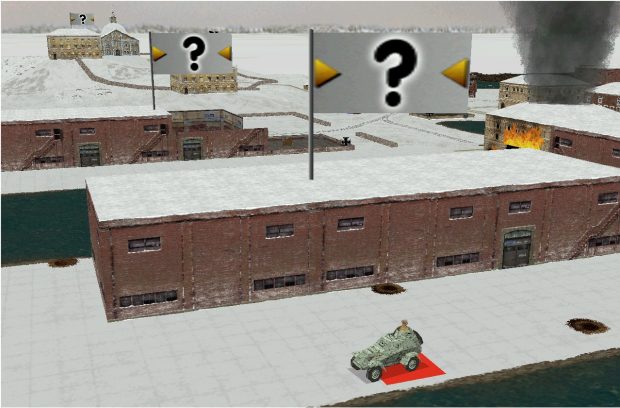 The brassy BA-64B ends turn 23 sitting next to the New Wharf victory flag (which stubbornly refuses to commit, suggesting enemies are in the area). Amazingly, it wasn't fired on as it sped south-westward. 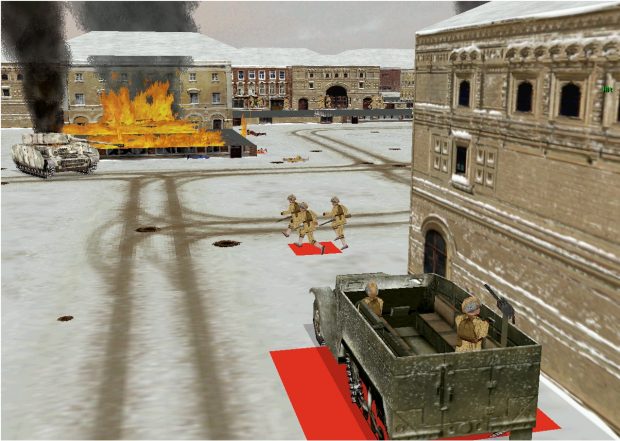 The M5 halftrack wasn't quite so fortunate. Circa T+45 it was spooked by something, possibly small arms fire from r13, and opted to reverse the short distance to s15. 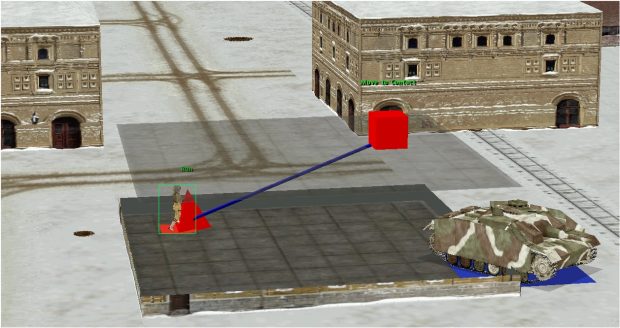 In the NE the tank hunters look to be on the verge of an absurdly easy kill. The bungling StuH has managed to immobilise itself on railings at h24! 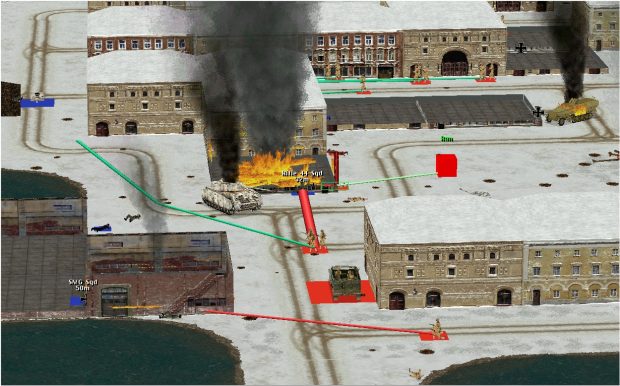 ^ (Click to enlarge) Above West Bridge. Myshkov's men approach the wharves. Time appears to be running out for the defenders of p15. Lapshin's 3 Squad (three men) pull back, while their comrades, 1 Squad, move NW under fire from p15. Ryumin's remnants (six men) engage an MP 40 clutcher in the warehouse.

^ (Click to enlarge) The two Luftwaffe squads near the wharves (i9, j12) have been joined by an unidentified infantry unit from the castle (i11).