Welcome to the third communal Combat Mission skirmish – a comment-driven confrontation between RPS readers and CM’s uncommonly entertaining AI. Turns span 60 seconds and rarely go according to plan. Late-war and Eastern Front, this summer’s scrap takes place in a German-held Baltic port. With six days/turns to go, the commenter-controlled Soviets have just taken the railway station in the north and are pushing westward with a will (The two wharf victory locations are the most valuable on the map).

Although Efr. Mikhailov, the BA-64B commander, was born in Leningrad, his grandmother was a Don Cossack. As the little armoured car hares northward, Mikhailov is humming 'Любо, Братцы, Любо' under his breath. The plaintive melody is the closest thing he has to a lucky charm, but today it doesn't save him. 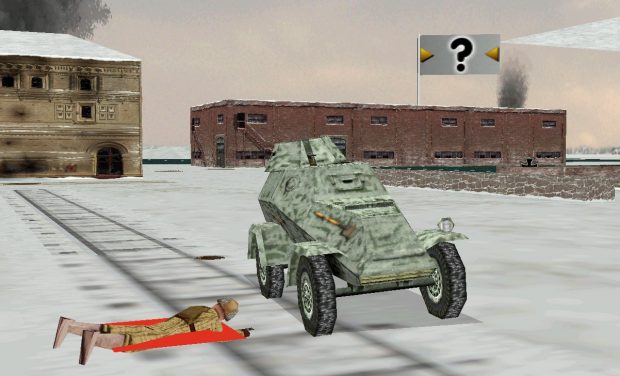 Stabilised by cheap tin fins, Fate, in the form of a Panzerfaust warhead, emerges from a ground floor window of the house at j12, flits across 20m of rutted snow, then collides with the turret of the speeding AFV. Mikhailov is killed instantly. His driver bails out successfully and spends the rest of the turn crawling towards j12, TT-33 service pistol in hand. 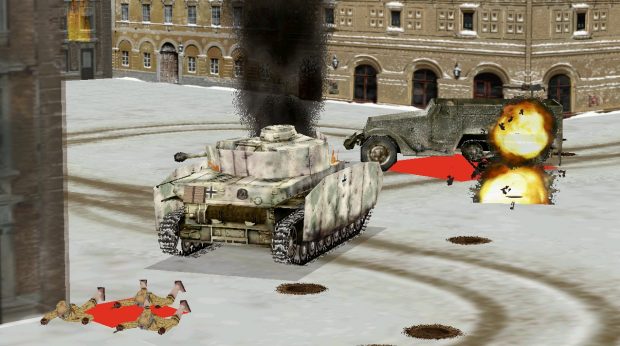 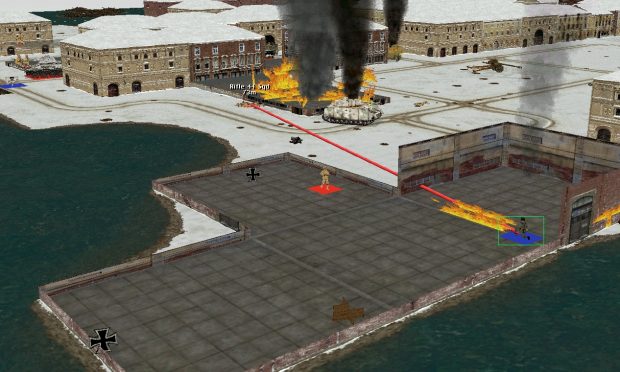 It's a miracle Lapshin's 1 Squad and 3 Squad, both caught up in the same barrage, escape without casualties. Executing orders issued after turn 23, three-man 3 Squad dodge explosions, finally entering the riverside warehouse not far from the enemy submachine gunner who has been bothering 1 Squad since the turn began. 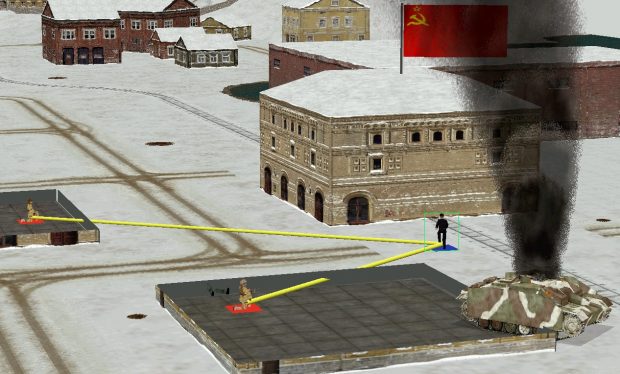 Up at the station, the StuH crew's luck seems to be improving. The tank hunters and T-34/85 crew fail to prevent them from retreating to the VL building. 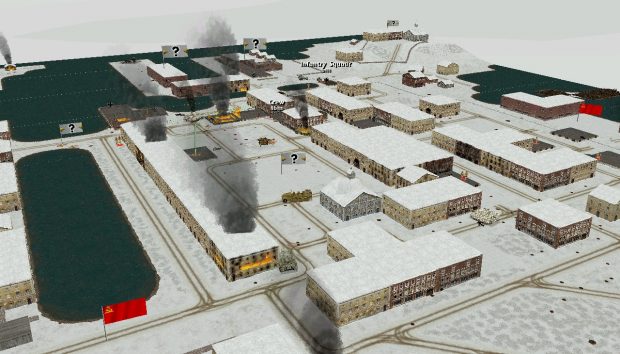 ^ (Click to enlarge). Soviet flags sprout from two VLs (sending severely weakened/non-essential squads back to the Square and West Bridge VLs might be sensible) 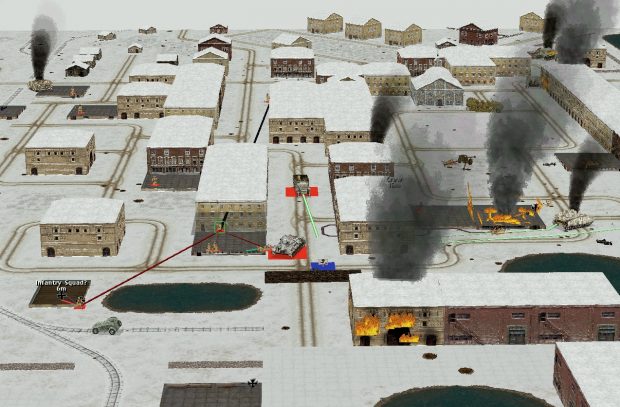 ^ (Click to enlarge). Near the wharves targets are scarce (The l9 LW squad disappeared shortly after Renko engaged them early in the turn). Flare Path is unable to see the mortar spotter on Castle Hill from her current position (She would need to trundle beyond the roadblock to gain LoS). Myshkov's platoon is in position (The ammo-low 2 Squad was sent back to m23 two turns ago). Having escaped the frying pan the BA-64B driver is just about to enter the fire (j12). 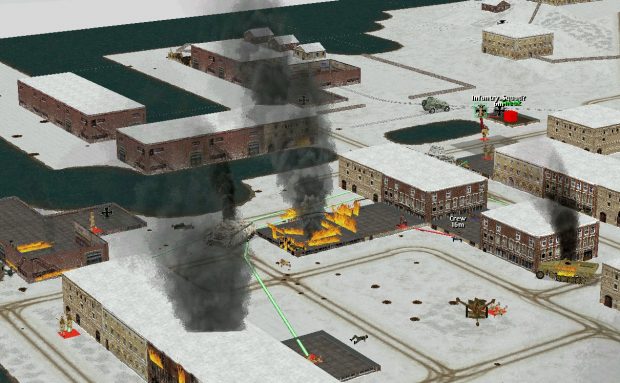 ^ (Click to enlarge). The situation in the square. In r18 Ryumin's 2 Squad remains pinned. By West Bridge Ryumin's 1 Squad sets out nervously for n14.