Every year The Flare Path runs a communal Combat Mission skirmish in which RPS readers attempt to outwit and outfight CM's decidedly dangerous AI. Turns span 60 seconds and rarely go according to plan. Late-war and Eastern Front, this year's scrap centres on a German-held Baltic port. It's been four turns since the commenter-controlled Soviets left their deployment zones, and things are just starting to hot up... 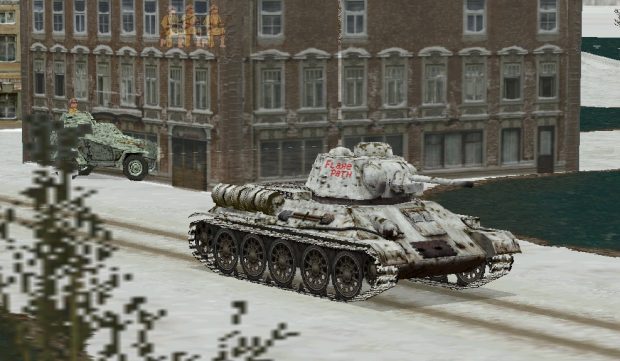 Halfway across West Bridge the cocksure OT-34 has second thoughts. Reverse gear selected it begins to scuttle backwards towards the relative safety (?) of w15. Moments after the manoeuvre is completed a hunched grey figure appears in a window of the warehouse opposite and all hell breaks loose. 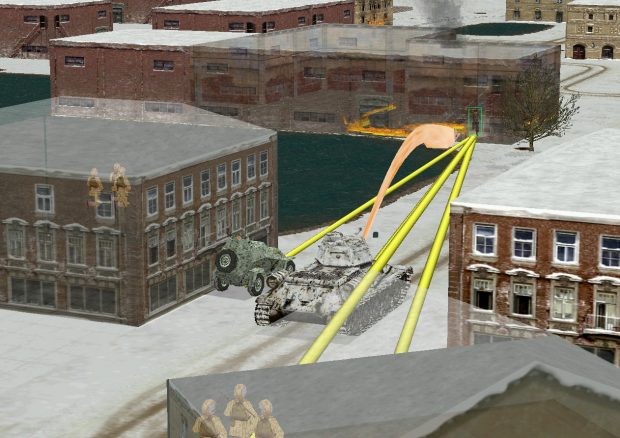 A bow of incandescent fire arcs across the river. The BA-64B's LMG stutters into life. The rifles of the recon troops on the upper floor of the building at y16 join the furore. The window peeper has every reason to run - and run he does - but not before he's glanced through the aiming aperture of a Panzerfaust 60 (?) and pulled the trigger.

The resulting projectile, frozen mid-flight in the above pic, strikes Flare Path on the chin sending a cone of white-hot magma and ricocheting splinters into her crew compartment. One man – the driver or bow gunner most probably - is grievously wounded. 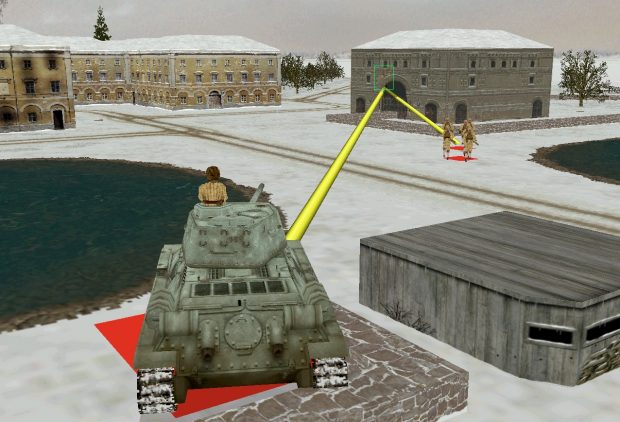 At East Bridge turn 5 goes better. Approaching the house at t27, Myshkov's assaulters draw fire from an enemy squad on the second floor. Instant responses from the T-34/85 and the advancing infantry quickly drive the defenders back from their firing positions. 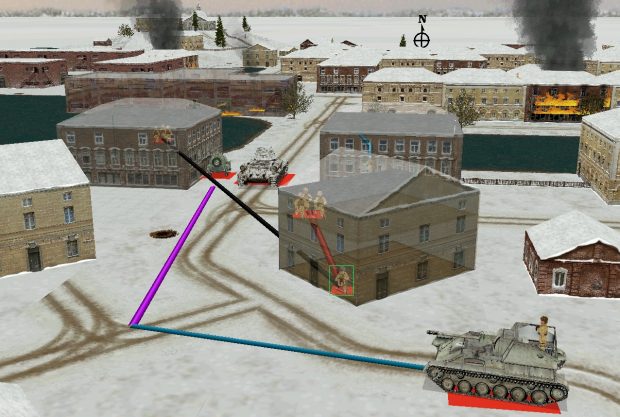 Just south of West Bridge sits a shocked OT-34 with a sooty front and a blood-spattered interior, a BA-64B armoured car, Batrakov the mortar spotter (climbing the stairs at w16), Ryumin's recon squad (w14, y16) and a SU-76 (hunting towards a new firing position  at z15). 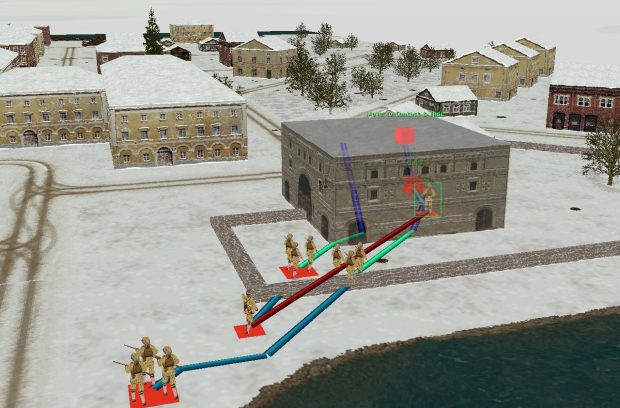 NE of East Bridge, two of Myshkov's pioneer squads are about to enter the house at t27. Having avoided the brief firefight to his left, Renko is already inside, moving towards an eyrie in the NE corner of the top floor. An iron cross icon at ground level at the rear of the building suggests enemy infantry are still in the vicinity.