The owners of a Counter-Strike: Global Offensive skin gambling site, CSGOLotto, have been told by the US's Federal Trade Commission (FTC) that they must now "clearly and conspicuously disclose any material connections with an endorser or between an endorser and any promoted product or service". The requirement is part of the settlement of an FTC complaint which alleged Trevor "TmarTn" Martin and Thomas "Syndicate" Cassell deceptively endorsed CSGOLotto while failing to disclose that they jointly owned the company.

The FTC has also fired off warning letters to 21 influencers (who the commission had previously targetted with educational missives about disclosing endorsement) and added a heap more specific social media advice to its guidance document on the matter.

You don't need to know loads about skins in Counter-Strike and skin gambling for this post. It's more about regulating social media to try and rein in abuses of the platform when marketing products. That's not necessarily glam but it is really important. There are actually rules and regulations in place both in the UK and the US when it comes to advertising and product placement and they apply to social media as well as any other form of media, it's more about the problem of enforcement and of picking up those non-disclosures in the first place.

If you do want a basic grounding in skin gambling, skins are items in Counter-Strike which change the look of weapons. Officially you can trade them or sell them for Steam credit, thus reaping some benefits if you sell something rare or desirable. Outside of that setup are third-party gambling sites which connect to your account and which let you use those cosmetics as currency for gambling. Real money creeps into the equation via these or other third-parties with players making payments IRL and then using the trade function to hand over the goods.

After a slew of high-profile scandals around skin gambling Valve eventually weighed in to condemn the practice and start issuing notices against those sites requesting that they cease operation.

There's a PDF detailing the FTC complaint against Martin and Cassell but as a summary, it lays out a set of activities which position the pair as talking enthusiastically about CSGO Lotto and the amount of money they had made via the site without disclosing their role within that company or the fact they were being given free skins with which to gamble. Some of Cassell's videos involved an acknowledgement of sponsorship by CSGO Lotto in YouTube description text boxes but those were positioned below the fold (i.e. after the point you need to click through for more info) and even then they didn't get into business ownership or any other specifics. Posts by other influencers are mentioned as problematic because those people were part of an influencer program set up by CSGO Lotto but those people aren't named as respondents in the complaint. 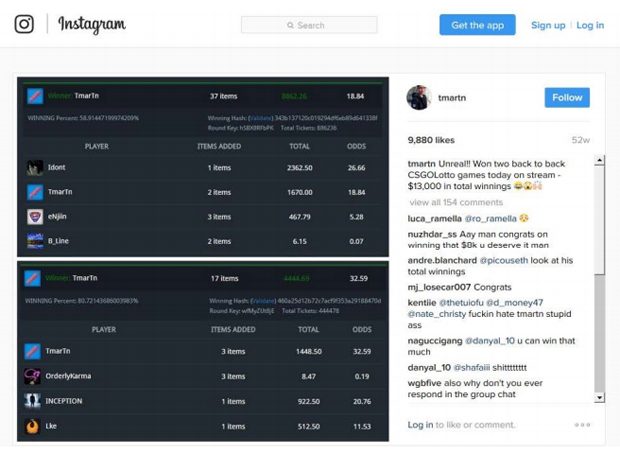 All of these allegations were being investigated as violations of Section 5(a) of the Federal Trade Commission Act, which is about unfair or deceptive acts affecting commerce. So the point here is, as I said above, not that there are no rules, it's about how enforcement and accountability work online.

With regard to the settlement with Martin and Cassell, the agreement is subject to public comment for 30 days which takes us up to 10 October, 2017. The Commission then decides whether to make that agreement final. If they do make it final the agreement "carries the force of law with respect to future actions. Each violation of such an order may result in a civil penalty of up to $40,654."

Essentially it sounds like a reminder that these rules exist attached to a concrete and significant financial penalty for future violations.

The other stuff is the more interesting part for me, but is less specifically game-y.

For instance, the 21 letters which were sent out to influencers (goodness me, I hate that word) acted as warnings. These influencers had already received a sort of educational guide as part of a letter-sending blitz earlier in the year by the FTC, reminding them of good practice in regard to disclosure and sponsorship. This second round of mail is to pull out specific posts which are of concern to the FTC and detail why they're potentially non-compliant. Here's the follow-up letter template as a PDF if you're curious.

"The letters ask that the recipients advise FTC staff as to whether they have material connections to the brands in the identified posts, and if so, what actions they will be taking to ensure that all of their social media posts endorsing brands and businesses with which they have material connections clearly and conspicuously disclose their relationships. The FTC is not disclosing the names of the 21 influencers who received the warning letters." 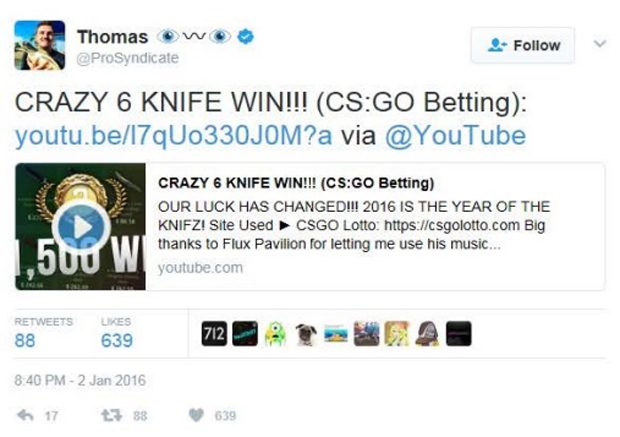 It sounds like the FTC is determined to assume good faith or to allow a bit of leeway while influencers could claim there was conflicting advice or that they were unaware of their obligations outside traditional media, but now that the letter have started going out just ignoring them and carrying on won't work.

Relatedly, the FTC have also updated their social media endorsement guidelines. I haven't pored over them in minute detail but from a first read it seems like the Commission is actually aware of how social media works and the ways in which disclosures can be concealed or obfuscated.

There are scenarios covering reciprocal book reviews, videos you create as someone in the UK but which get watched in the US, and the way Instagram tagging works which is cool. I'm so used to reading digital guidelines which seem slightly (or wholly) out of step with how that tech is used and this actually seems helpful. Also one of the scenarios is about a hypothetical hunting and camping vlogger who gets sent knives all the time. In my head I have named her KnifeQueen and she has trouble getting through airport security because she is clothed entirely in knives.

The FTC has weighed in on the failure of adequate disclosure in posts and activity by social media influencers before. In summer 2016 Warner Bros was subject to a settlement in relation to how they had used influencers while marketing Middle-earth: Shadow of Mordor. Under that settlement Warner Bros was "barred from failing to make such disclosures in the future and cannot misrepresent that sponsored content, including gameplay videos, are the objective, independent opinions of video game enthusiasts or influencers."

This situation is a bit different because it's apparently the first time the FTC has taken action against individual influencers. I did not know that. This settlement (if finalised), combined with the apparent escalation of those letters to potential offenders and the provision of even clearer guidelines feels like the FTC are at least trying to make social media less grubby on the influencer marketing front, even though the guidelines explicitly state the the Commission is generally not monitoring bloggers, only the ones which come to their attention with possible violations.