What character classes can you play as in Cyberpunk 2077? Cyberpunk 2077 places a great deal of weight on the opportunity to play out V's story however the player wants. The first major choice you have to make when deciding on the direction of your story is which class, or Lifepath, you should choose: Corpo, Nomad, or Street Kid. This guide will walk you through each Lifepath, and what changes in your game experience based on this choice.

In Cyberpunk 2077 you must make a number of choices throughout character creation, and one of the most important is your choice of class, or Lifepath. The Lifepath you choose will determine your character's starting point within the Night City map, and the first chapter of the game. Each of the three Lifepaths give V a distinct backstory, the effects of which are felt throughout the game. The choice will affect dialogue and quest options, as well as providing certain benefits depending on your playstyle.

Each of the classes in Cyberpunk 2077 leans slightly towards a particular skillset, as you'll see below. But bear in mind that you don't have to adhere to this natural predilection. Your Lifepath is just one of the pieces of your character, and you can use the other pieces to carve out a unique character that perfectly captures your preferred playstyle. For more information on the other choices you make when creating your own unique V, check out our Cyberpunk 2077 character creation guide.

In real terms, here's what your choice of Lifepath changes in your Cyberpunk 2077 gameplay: 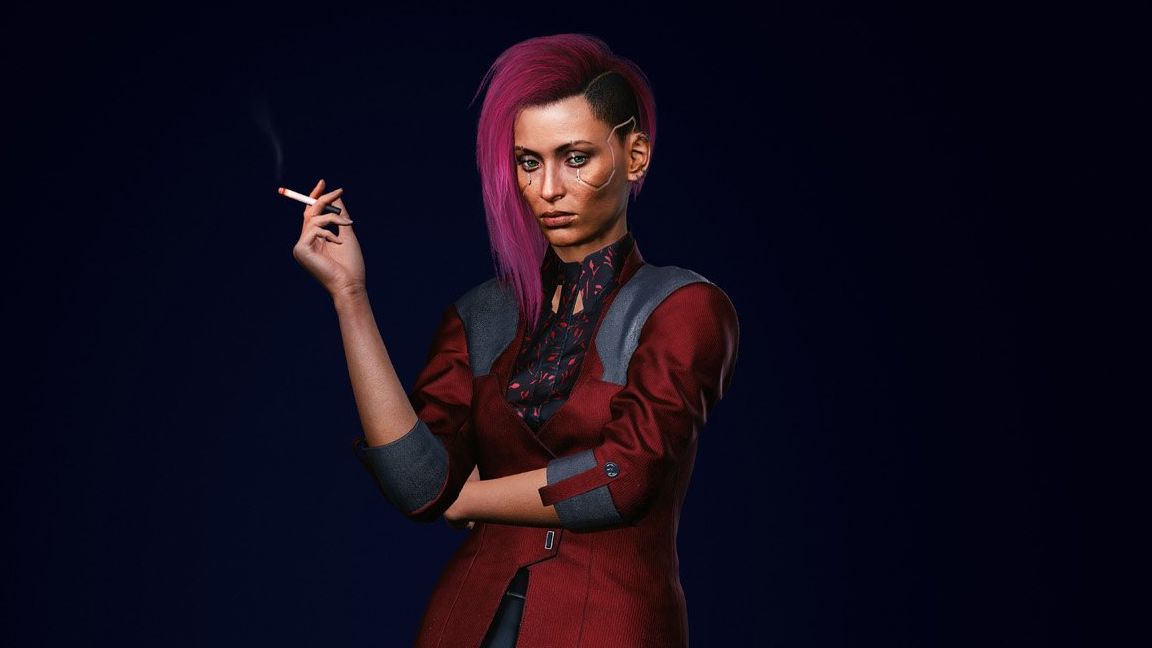 The Corpo Lifepath places you in the highest echelons of Night City from minute one. Working for the Arasaka Corporation under a man named Arthur Jenkins, your first quest involves helping Jenkins take down a rival within the corporation. Things... don't go quite as planned.

As a Corpo, you'll be well-versed in doublespeak and manipulation, as well as dealing in information and blackmail. As the game itself describes, "you've bent the rules, exploited secrets, and weaponized information." This Lifepath is sure to give you an edge when it comes to getting what you want from people without necessarily resorting to violence.

The polar opposite of Corpo, the Nomad Lifepath places V in the Badlands outside of Night City, in the perfect position to learn more about the clans that roam the far reaches of the Cyberpunk 2077 map. You'll begin your journey with a major life decision: to ditch the clan you've been roaming with and drive into Night City. On the way, your car breaks down and you'll need to enlist the aid of a familiar face to help repair it.

Nomads are fairly straight arrows, and as a former Nomad V will arrive in Night City as a relative newcomer compared with the other two Lifepaths, which may suit players who are visiting Night City for the first time themselves. The emphasis here is less on manipulation and more on survival.

The Street Kid Lifepath again places you in Night City from the start, but this time you're on the ground rather than inside one of its many corpo-controlled skyscrapers. Down on the ground, everyone knows everyone and work comes in the form of trading favours and solving problems for one another. Your first quest in this storyline involves helping a bartender settle his debt with a local Fixer. But in order to appease the Fixer, V must steal a car from an Arasaka corpo.

Knowledge of Night City's streets is the greatest asset of the Street Kid Lifepath. While a Corpo only ever trusts and looks after themselves, as a Street Kid you are part of a network of likeminded (but still dangerous) individuals who can conceivably help one another out when needed. If this appeals to you, Street Kid might be your best bet.

That just about wraps up our Cyberpunk 2077 classes guide, so hopefully you've gained a better idea of which Lifepath is best suited to you. Now why not have a gander at our other Cyberpunk 2077 guides, starting with everything we know about the upcoming Cyberpunk 2077 multiplayer project?