If you're planning to visit Night City next month when Cyberpunk 2077 launches, take a gander at the updated PC system requirements so you know what you can expect it to look like when you arrive. This time around, CD Projekt Red have detailed what you'll need to play with ray-tracing enabled as well.

If you've managed to snag yourself an RTX 3080 GPU, you'll be able to push Cyberpunk up to 4K resolution with ray-tracing enabled and your settings on "ultra". Minimum ray-tracing support calls for an RTX 2060, though they don't list the recommended AMD equivalent. You'll also need 16GB of RAM and an i7-6700 or Ryzen 5 3600 CPU for those settings.

For the folks like myself who aren't quite on the bleeding edge, you can play at 1440p resolution on "high" graphics with an RTX 2060 GPU and an i7-4790 CPU. Our Katharine's clued me in that the CPU requirements are generally none too strenuous, a nice reveal. She also says that the requirements for playing at 1080p resolution on high are mostly aligned with what's recently been required by Death Stranding and Baldur's Gate 3.

When CDPR originally announced their PC specs, I noted that the minimum requirements are pretty low. Those haven't changed much, so you should still be able to scrape by on a somewhat older system. They have now specified that if you are indeed playing with an Intel i5-3570K CPU, GTX 780 GPU, and Windows 7, you'll be at 1080p resolution with your graphics settings set to low. It is the minimum, after all. 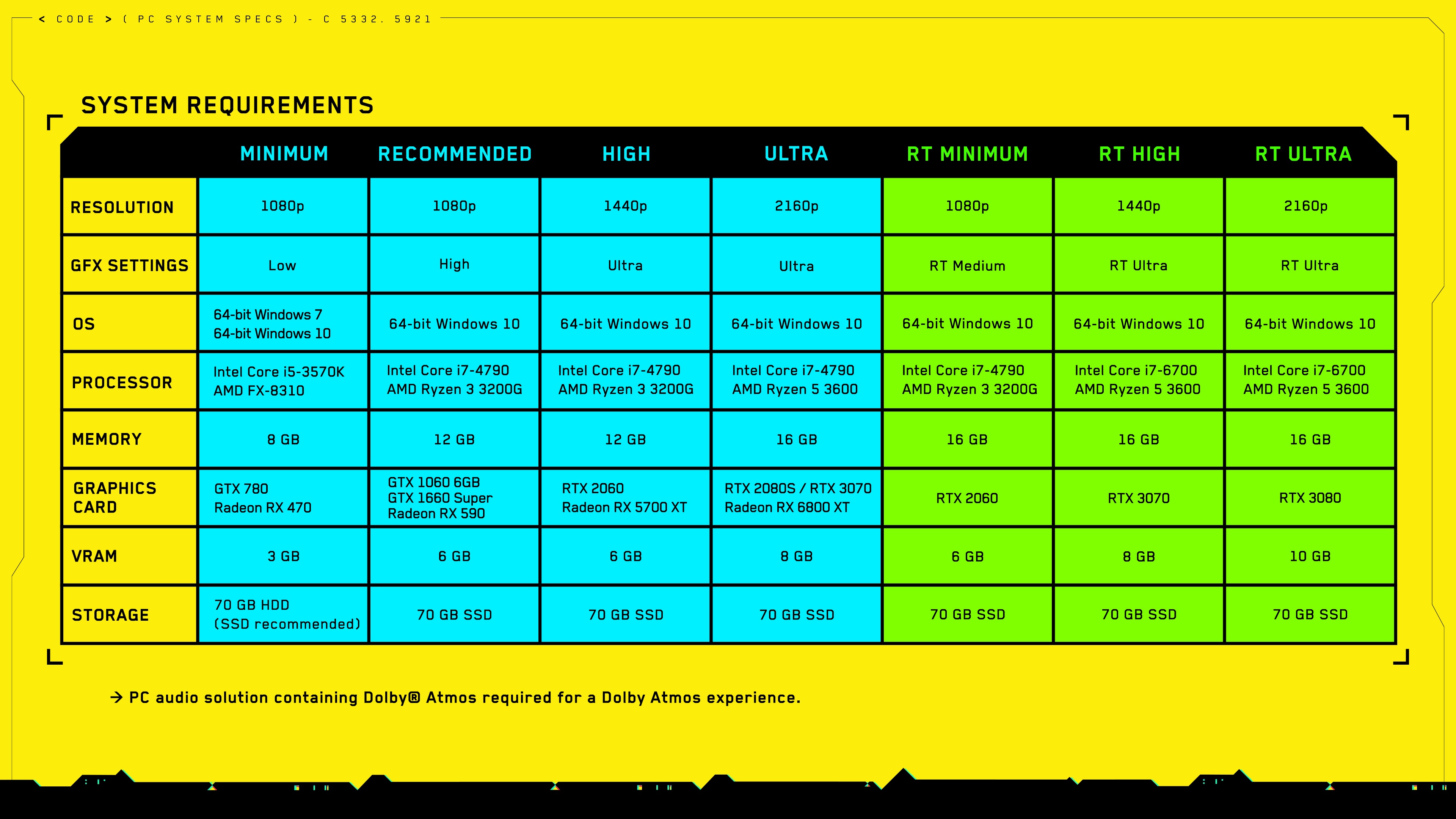 After multiple delays and the resulting development crunch, Cyberpunk 2077 is finally launching on December 10th on Steam, GOG, and the Epic Games Store.