The dust is now settling on Undertale creator Toby Fox's grand Halloween surprise. Disguised as a spookily-themed survey for a possible future project, Deltarune - a free, hours-long comedy RPG and first chapter in a new Undertale story - was foisted upon an unsuspecting internet. It was accompanied by a polite note asking that people don't discuss it openly until 24 hours had passed. Now I can share my thoughts on what it is, and what is yet to come. Beware - from this point on, (hopefully mild) spoilers await. I'd suggest going in blind and playing it for yourself first.

I wouldn't recommend playing Deltarune unless you've already completed Undertale sufficiently to see the full ending credits, as it builds on that ending in interesting and unexpected ways. While it feels accessible enough for newcomers, Deltarune is a sequel (or at least the start of one) and a confident one at that. If Undertale was vaguely NES-inspired, then Deltarune feels like its SNES successor. The sprites are more detailed and expressive, the music has a fresh new edge to it, and the clever bullet-dodging combat system is now a more complex, involved, party-based affair. 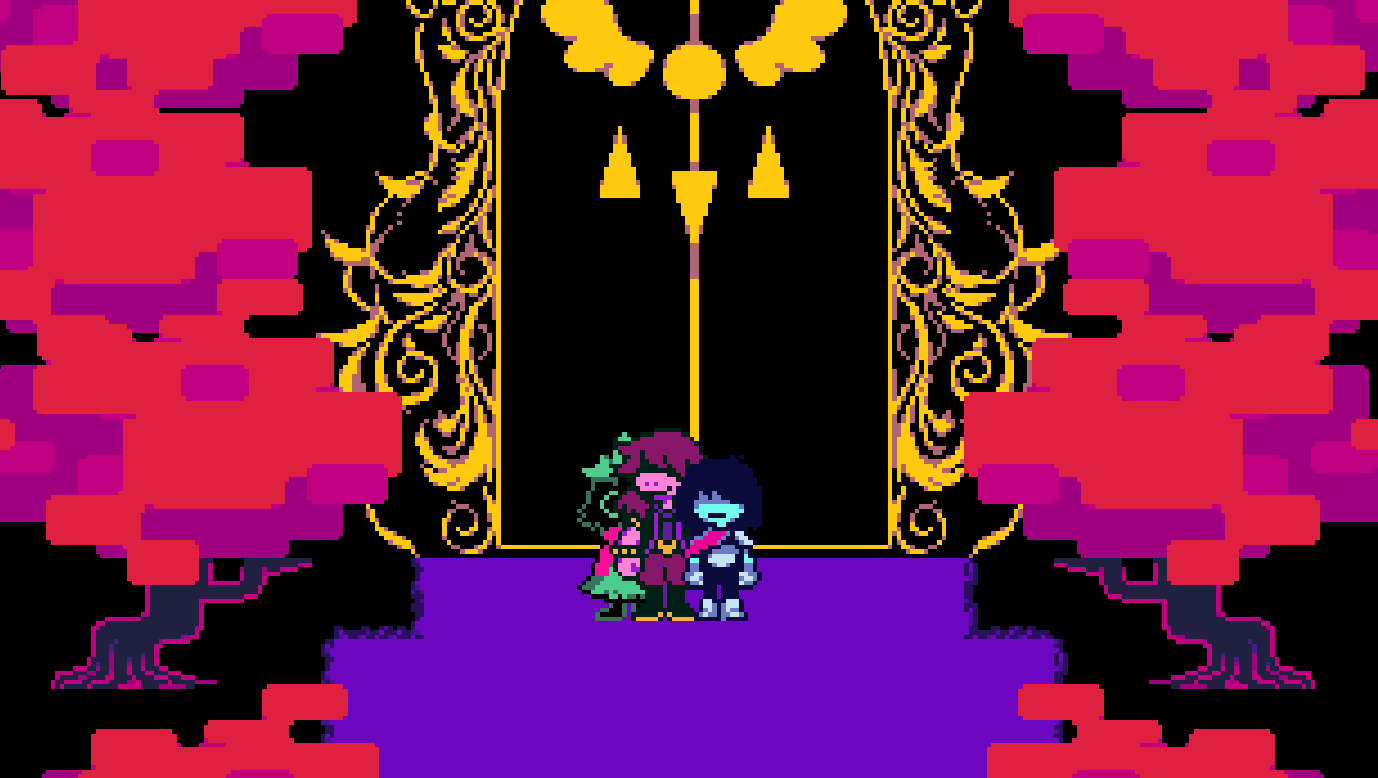 The current free chapter of the game is bigger than I expected. Maybe around two hours if you maintain a brisk pace and don't worry about the details. Three if you try to talk to everyone and interact with every object. Easily more if you get wrapped up hunting secrets, because it wouldn't be an Undertale game without the occasional optional challenge. While this isn't the full Deltarune story by any means, feels on par with the first episode of a Telltale series - a strong, mostly self-contained introduction to a fresh (and lovable) set of characters.

As for when the next chapter is due and if it'll be a commercial release? That's anyone's guess, and Toby Fox is extremely good at keeping secrets. I'd bet on any further releases costing money, though. Deltarune seems a higher-budget production than its predecessor, and launched alongside a fully localised Japanese version handled by excellent (and presumably costly) translation crew 8-4. As a card-carrying Undertale fan-dork who picked every scrap of info from the original's bones, I cannot wait for more. Hopefully it won't be another three years until the next chapter.

You can snag Deltarune Chapter 1 free on its official page here, and listen to (or buy) its 40-song soundtrack here on Bandcamp.