Trouble out on the frontier. There's been a jailbreak out in The Reef, and some of the orneriest varmints this side of Alpha Centauri are loose and causing a hill o'trouble. This place doesn't need a Guardian - it needs a sheriff. Destiny 2 may have had some troubles this past year, but I gotta admit, I like the idea behind its next expansion, Forsaken. A wild western vibe, a fresh bunch of villains and some big mechanical changes on the horizon are due this September, as Bungie announced today on their big debut Twitch stream.

On top of the usual bunch of new areas to visit and things to blow up (more on that in a bit), Forsaken is bringing some pretty major changes to the game, first and foremost being a complete rework of the weapon system. Now you can equip any three weapons, so if you like the idea of rolling with a trio of shotguns you can, although you might have some trouble at long range. There's also a whole new weapon type being introduced - bows - because every open-world FPS needs bows and arrows for some reason. There's a new set of sub-classes on the way too.

Fans of the original Destiny will recognise the name of The Reef - an asteroid belt on the far edge of the solar system - but Forsaken's take on it is rather different. It's a dusty wasteland constructed out of asteroids haphazardly lashed together into a greater whole. Nathan Fillion (by which I mean Cayde) went and built a prison there, into which he stuffed all the biggest bad guys he could find. As with most of Cayde's other ideas, this turned out badly and now you've got a bunch of big bads called The Barons and a swarm of lesser villains to shoot.

Outside of hunting down these bounty marks around the Reef, you'll have a few new chunks of endgame content to get into. Of course there's a new raid - The Ascent of Kings - which Bungie say has the most bosses of any Destiny instance to date, plus some big puzzles, but it apparently ties into a larger chunk of endgame stuff called The Dreaming City. Not many details on how it works exactly, but Bungie say that based on what players do, The Dreaming City can change from one week to the next, offering different areas and enemies. 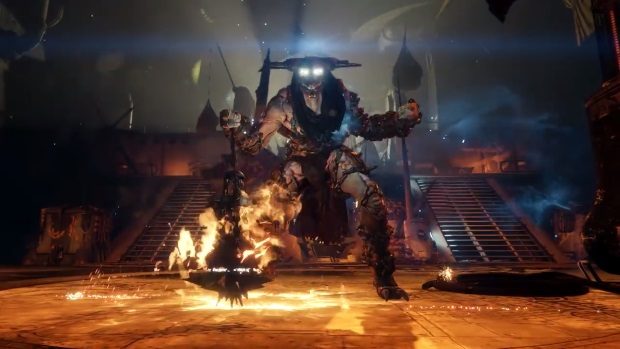 There's also an interesting new competitive playmode, Gambit, that reminds me a lot of competitive shmups like Twinkle Star Sprites on the Neo Geo.  Two teams each have their own arena. Their goal is to kill NPC enemies and cash in the tokens they drop at at bank. Fill the bank and you summon a boss. Kill that, you win. But you can also spend tokens to send a big enemy to lock the enemy bank down for a while, or even send one of your team to raid the opposition in hopes of stalling them. Parallel PvE - I can dig it.

While all the new content does sound nice, I do worry whether this will fall into the usual trap of being another 3-4 hours of story content backed up by a handful of repeatable instances again. Kotaku reported that Destiny 1's development tools were so unfit for purpose that it took eight hours to load a single map before work could even start, and given how threadbare Destiny 2's current two expansions are, I wonder if that situation hasn't improved much. 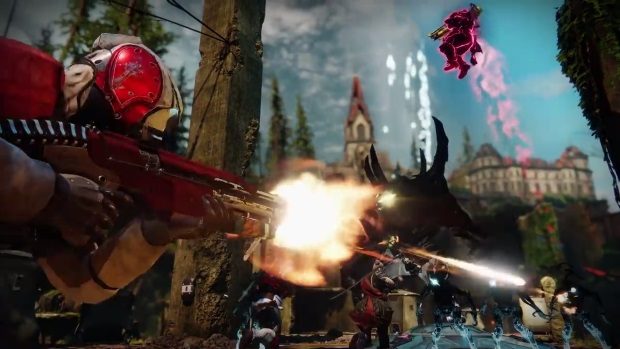 Reservations regarding scale aside, Forsaken sounds like a pretty solid expansion, as far as new Destiny 2 stuff goes, and the weapon slot alterations alone will be a game-changer. That said, Bungie are possibly repeating one of their biggest mistakes with the original Destiny - Forsaken will be a near-full-price release, coming in at $40 (or $70 with a new season pass) while promising not much more than the other DLC packs. Here's hoping that what they deliver on September 4th justifies the price.