As I've already confessed, Destiny 2’s PC debut hasn’t been my first run through the game. I’ve already sunk a considerable amount of time into the game on my PS4, which I’ll now make up for by telling you why I prefer the PC version.

It’s prettier of course, but you already know that. I’m running it on a reasonably beefy rig with a GTX 1070, though by all accounts those with less powerful computers should be able to soak in the scenery too. I’ll defer to the more extensive testing Alec did in the beta, in which he called it ‘an extremely well-optimised game’. Being able to increase the field of view all the way up to 105 means that you can absorb even more of that enhanced prettiness at once, though I tend to stick with 90 because that’s what I’m used to.

In regards to the swap from controller to mouse and keyboard, it’s worth me echoing some of the comments Rich made in his review. While it’s true that each click doesn’t have quite the same heft behind it as a trigger pull, the mouse does have the benefit of not leaving me with an aching finger after several hours of play. Popping heads (and the chests of Vex) remains gratifying, with visual and audio feedback that makes every shot feel impactful.

Despite the number of hours I’ve played, I hadn’t realised just how generous the auto-aim assist is for controllers. There’s still skill to it of course, but it’s a far cry from the precision that aiming with a mouse calls for. I’m finding that I’m more inclined to engage enemies at a longer range - not because it’s easier, but because it’s more rewarding. 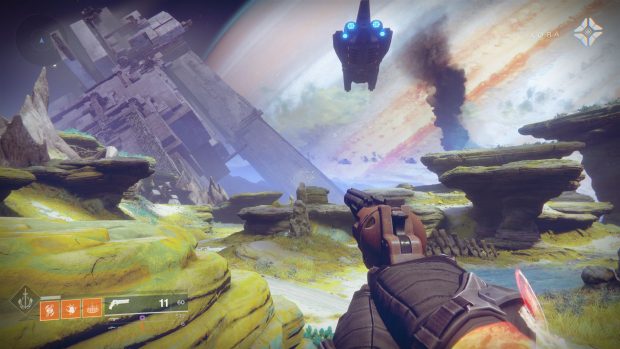 That’s only half true though, because where the mouse really shines is in swapping between short-range and long-range options. Turning the sensitivity up on an analogue stick means that it can’t handle the subtle movements needed for sniping, but leaving it on a low setting makes close quarters combat a struggle. With a mouse, I feel like I have more options in every fight: not only are individual headshots more satisfying, but so is the broader flow of battle.

Those changes make the most dramatic difference in the PVP crucible. I treated it as a mildly interesting diversion on the PS4, and one that I grew tired of quite quickly. With PC, I think I’m likely to keep coming back to it for a long time - especially if I can get my friends invested in the more competitive Trials of the Nine mode that we’ll get access to from next Friday. 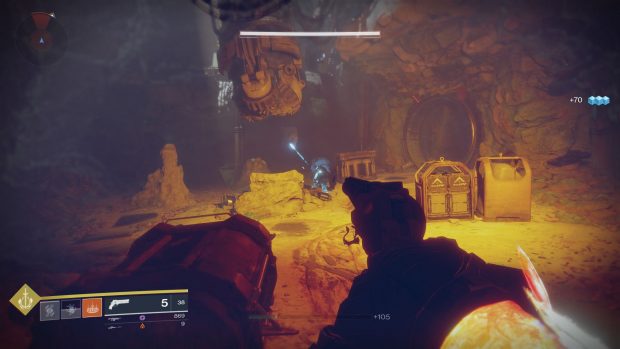 Part of the reason I’m enjoying myself so much more is because I’m no longer outclassed by people who are used to doing most of their shooting with a controller, though there’s a bit more to it than that. One of my biggest gripes with it was how many 1v1 encounters would end up with the two of us dying at the same time. That still happens occasionally on PC, but the fact that it’s far less common suggests that it’s better at rewarding the more skilled player with an outright win. That's most likely due to the lack of auto-aim ensuring everyone hits everyone else most of the time.

For the moment at least, I’ve also found that straying from the ‘always group up as a four’ strat doesn't spell instant defeat. I’ve managed to peel off from the group and successfully ambush the enemy team from behind a few times - with a mouse, I’ve been able to take down one or two of them before the rest notice me.

I haven’t even mentioned the main advantage PC has yet, which is (of course) that you get to play with RPS. There’s already a clan set up, which you can join here. All things considered, I’m happy to leave my PS4 character behind. It shouldn't have been a surprise to me, but Destiny’s true home is right here.