Is "reminds me a bit of Power Rangers" an emotion? Because I'm watching the live-action Destiny 2 [official site] trailer and that's the main sensation it's generating. Further emotions include "You could have actually done a full homage to the official video for Sabotage starring Destiny characters and I think that would have worked but you didn't and why would you not?" and "shut up Cayde-6, you're overexposed right now".

Also what's a skinny no-foam vanilla latte? It sounds like a coffee made for people who don't like coffee but maybe do like the smell of Playdoh.

Anyway, I would watch the live action series of Power Rangers that was based on this trailer.

In other news from Bungie regarding their upcoming moon wizard sequel, they're really ramping up towards the non-PC release of the game with a bunch of info. I'll pick out some points I found interesting:

The endgamey stuff is the activities you have to limber up to do, collecting loot, levelling up your character to reach the minimum for the encounter and so forth. This emcompasses the raid, the nightfall strike (a group PvE challenge with extra modifiers to combat which ramp up the challenge) and Trials of Osiris (a hardcore PvP challenge which ran on weekends). The dates given are for the console version of the game but I'd assume they're similarly gated for PC so players can't burn through everything in a couple of days. Nightfall is available from the start, the raid lands just over a week later and Trials is a couple of days after the raid to coincide with the weekend.

It'll be hard trying to stay spoiler-free for the raid if I don't end up doing it on console - that's my big concern. I guess there's also scope for delays if the PC version of the game has any particular balance issues or whatnot.

This is the way Bungie are trying to make finding a group of an activity into less of a lottery. The idea is that solo players looking for a group would be able to see which clans needed extra people for an activity and then offer some information on those clans so the person could see if it would be a pleasant experience based on their preferences. Players in clans would benefit by being able to fill empty spaces.

Bungie have decided to go with a soft launch of the system to make sure it doesn't crack under the weight of a bunch of solo players in a world where clans might not have had the chance to form yet:

"For Guided Games to have a successful launch, we need time for enough players to form into real Clans and be ready to guide other Guardians. If there are too many solo Seekers and not enough Clan Guides, the queues for matching will be quite long. Therefore, we’re going to roll out Guided Games as a limited-access 'soft beta', where only a select number of solo players will be able to use Guided Games for the Nightfall on 9/12. This will allow us to slowly ramp up players over the course of September (and allow Clan populations to grow) so that everyone has a great experience."

Again, the dates are for console and suggest the beta will start a week after the game launches and then hopefully get a full rollout after a fortnight of beta. For PC I assume they might do something similar, or they might tweak things a bit based on what they learn in the console sphere. 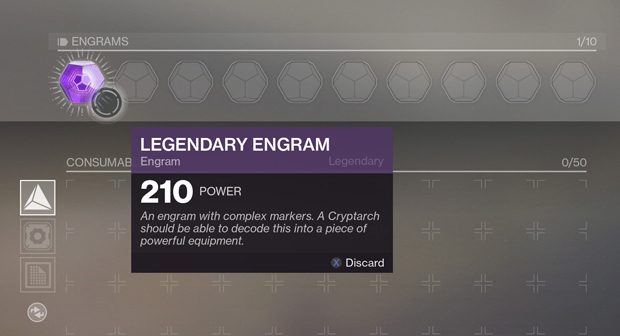 Let me tell you about the fuss of decrypting bloody engrams in the first game. Basically you picked up armour and guns as coloured packets which you needed someone at the Tower to decrypt into something usable. You could affect the level of the thing in the packet by the level of the gear you had equipped when you did so. That meant that every time you went to deal with this loot system you'd have to faff with your inventory, making sure you had all of your fanciest nonsense on before you opened your new gear. OH MY GOODNESS IT WAS SO ANNOYING.

Destiny 2 players will never know such hardship. The game now detects your power potential and just uses that to decide the reward's power when it drops instead of you having to fish around in your wardrobe for your awful-but-powerful hat hours later. You can actually see the minimum power level of an engram you haven't decrypted in your inventory.

As per the words of investment designer, Daniel Auchenpaugh:

"Rewards determine their power at the time they're earned. This means that, when an engram drops in Destiny 2, it decides its power at the time it drops. Also, when we roll rewards, we look at your character's level and your best possible gear to determine the power of the reward. This is true for Crucible end-of-match rewards, Engram drops, Strike rewards, etc. Note that some sources can still produce better gear than others; once you're exploring endgame content look for the "Powerful Gear" rewards in tooltips if you're hunting the best drops."

The system can pull that best possible gear info from a bunch of sources including your character's storage vault, your current inventory and even from other characters attached to your account, which is cool. It also knows to ignore multiple exotic items (you can only use one exotic weapon and one piece of exotic armour at a time) and anything your current character is too low level to use.

The rest of the blog post is housekeeping stuff but you might want to go through it if you have remaining questions about the engram stuff or want to know what's happening to the fan movie of the week contest.

Destiny 2 is on PC from 24 October which is millions of years away. Spoil the raid for me and I will ruin you.