Have I mentioned I used to work with sled dogs? While it's only the most interesting thing I've done in the last ten years, I reckon I've bored the ears off everyone I know gabbing about it ever since. The Red Lantern, then, is a game for the part of me that's desperate to pack on fifteen layers and get back into the snow with a band of huskies, riding off into the Alaskan sunset of an Epic Games Store release today.

Okay, so I did Finland and Norway, not Alaska. But a good bunch of the 100+ dogs were Alaskan Huskies, so I reckon it still counts for expertise.

Lost up in the deep snows of Alaska, The Red Lantern pits you and your crew of huskies up against the biting cold and starving beasts on a trek to find your way home. So far, so The Long Dark, and Timberline's story even has a bit of that same stark, painted look wot defined Hinterland's chilly survival sim. In play, however, The Red Lantern looks to have a little more control of the reins when it comes to how you plot your adventure.

Most of your time is spent behind the handles of your sled, reacting to passing curiosities or threats with dialogue prompts. Do you wanna plough your pack straight through that skunk's stink cloud, or veer clear for a moment? Think it's worth tracking down and killing that caribou, or can your stomach hang on a day or so longer? Hunting the beast itself, or fending of bears and wolves, play out as short minigames, while a sparse inventory counts down your dwindling resources, closing out your options. 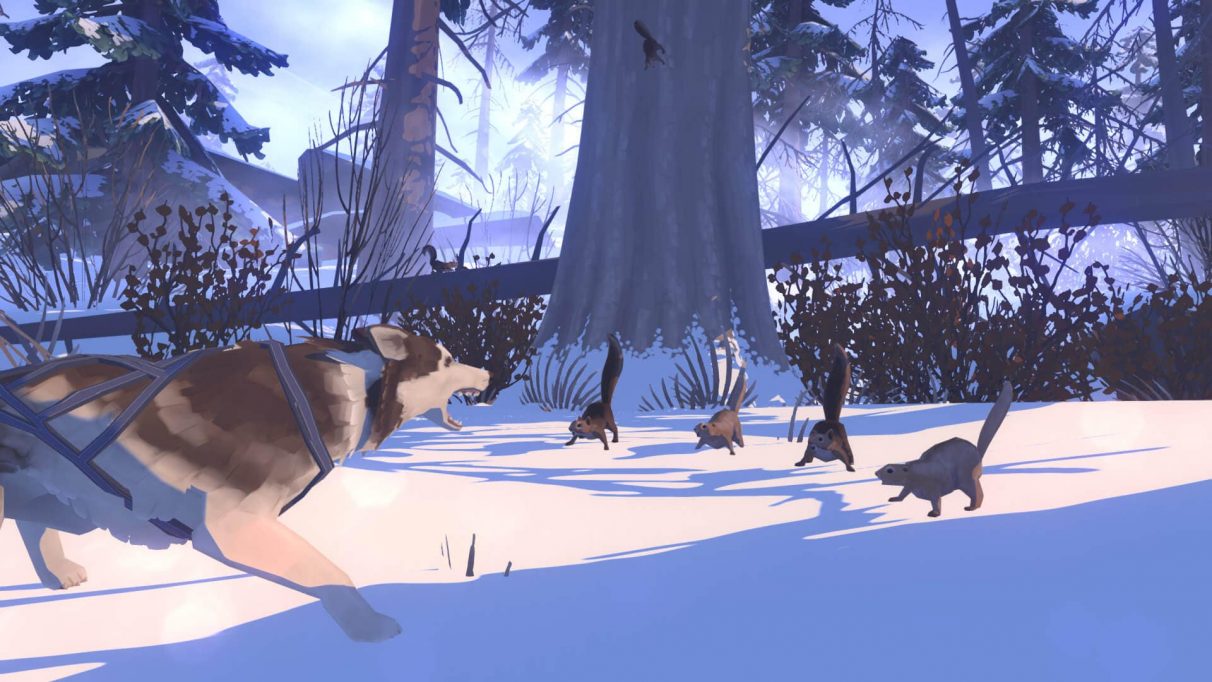 You can't ride all day though, no matter how much energy your pups may think they have. It looks like there's a good deal of downtime, from setting up shelter to giving your pals a good pet. While there's something of a harrowing edge to having to feed six bellies, there is in fact a "dogs can't die" option in the settings menu if that's too much for you.

I do, deeply hope the small moments of your dogs' personalities play through. While The Musher will monologue to herself all Firewatch-style (something I found myself falling into often in the stress of setting up sleds at -35 degrees), you've got a pack of pals at your side. We get a little of that in the trailer, and I'm already putting real dog's names to Timberline's virtual pups. I know an Iggy, and I know he'd better stop chewing at his harness so help me god.