An Elite Dangerous pilot who was stranded in the void beyond the galaxy has been rescued by a group of interstellar breakdown mechanics. Commander “Deluvian” was stuck in space, 141 lightyears from the galactic disc players normally try to stick to, all because he’d sipped too greedily from one of his fuel tanks. But as we reported last week, a rescue mission was underway, with several fellow pilots scrambling to refill his tanks and bring him home. Well, over the weekend those “Fuel Rats” reached him. They refuelled him and got him back to the nearest star. Mission successful. Good work, everyone.

Here’s the moment the rescue happened, viewed from the cockpit of one of our lad’s rescuers, commander “Highwaywarrior”.

That’s some feel-good Twitch clippery. You can hear the happiness in the voice of commander “Deluvian” as he notices the first rescue ship arriving and dispatching a “limpet” (a wee drone that transfers fuel from one ship to the other). And you can see the helpful little robot scooting over to the ship in distress.

“Did I just hear what I think I just heard?” asks the commander-in-need. “There’s a limpet flying my direction!”

If you want to watch the whole rescue, you can see that in this Twitch video. But let me break it down. It shows the Fuel Rats speaking in the professional, role-playing tones of good spacemen everywhere, and heading towards their mark for some time more. After some flying, they finally pop into the patch of space where our broken down boy is floating, and from that moment it's fuel robots and smiles all the way. Eventually, the rats watch as the guy they’ve just refuelled makes his first “jump” in over three months – a glowing leap back to the safety of the galactic disc. Then, the Fuel Rats follow, and arrive to a lot of NASA-like shouts of glee. It’s very heart-warming. 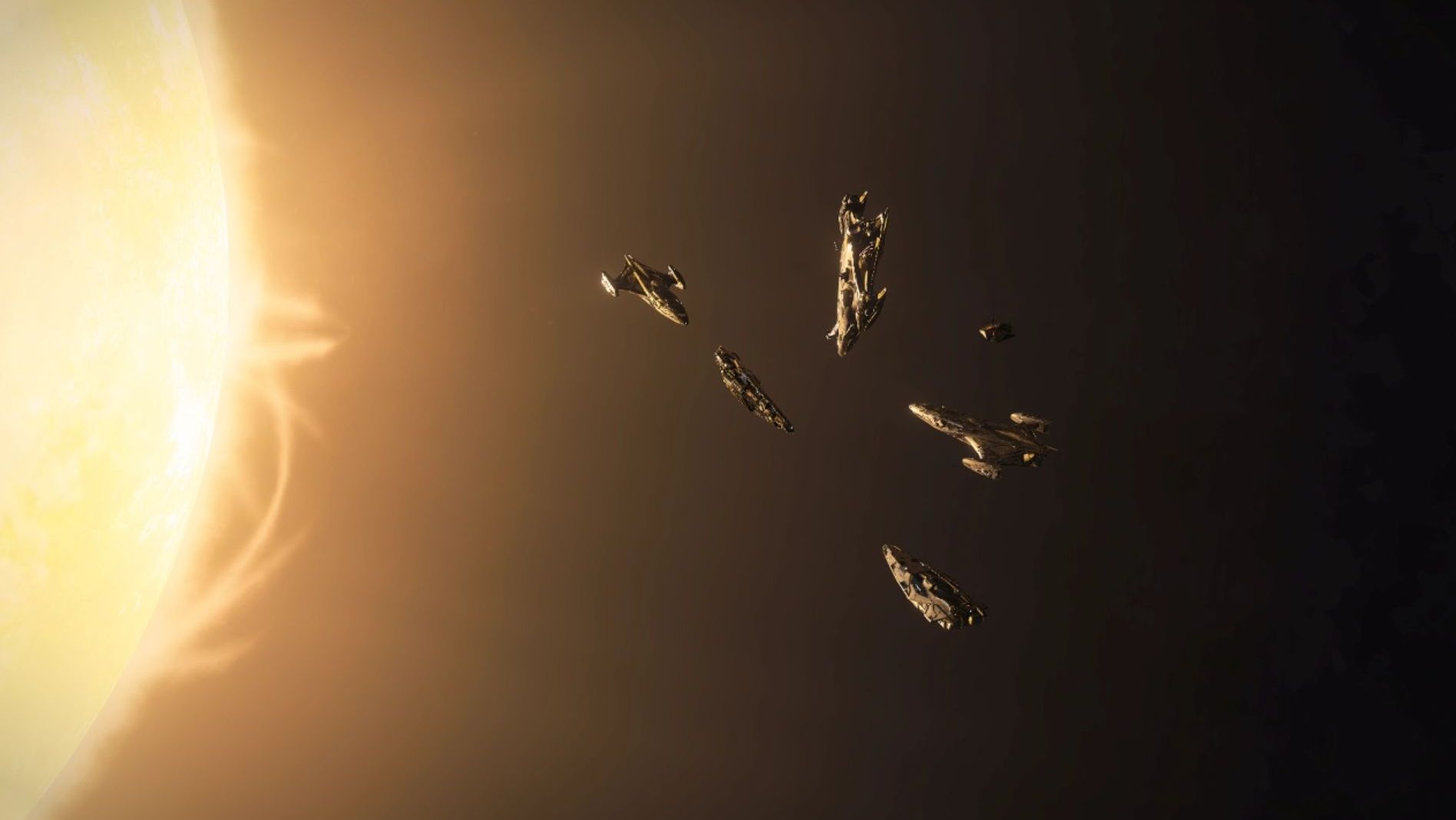 As we’ve reported, commander “Deluvian” became stranded after heading out into the black in an attempt to set a new record in the space sim: that of being the furthest anyone has travelled from Sol, our home star. This involved heading out into the nothingness between galaxies, flying in a mode called “supercruise”. Which means he flew out into this void (sort of) manually, rather of the usual process of long-range “jump”. After all, there is nothing in that void to jump to. Don’t worry, though, because if you do this, you can still jump back. But, uh, only if you have the fuel.

“Deluvian” did not. He “sipped” up a touch too much space petrol on the way out, and didn’t have enough to make the jump back. Months after his marooning, a rescue operation finally got underway. That do-gooding group of players called the Fuel Rats came up with a complicated plan to fly out in two sets of pairs, and help him out. This is not the first time they’ve done this. They’re basically the galactic AA.

But there are many problems to consider during a rescue. For instance, any time commander “Deluvian” logged into the game and powered up his ship, it was using fuel just to run. So the smartest thing to do was just log out and stay logged out to conserve what fuel he had. However, he still had to log on once in a while so the rescuers could do regular “bearing checks”. This meant running his distress beacon so the Fuel Rats could see his location in the distance, and make sure they were still travelling in a straight line.

All this means, whenever “Deluvian” was logged on and sitting in his ship, he had to make sure all non-essential systems were turned off to further conserve fuel. Shields off, thrusters off, sensors off, the whole lot. All except life support. And when you’re sitting in space like this in Elite: Dangerous, big patches of frost appear on your canopy. If you were really in this cockpit, you’d be wrapped up warm, contemplating clouds of your own breath.

I found the space sim a sometimes exciting, and sometimes boring when I did our (now ancient) Elite Dangerous review. But all the drama and silliness that still goes on has me happy it's still being played.