The empty space of Elite Dangerous has become slightly less empty since my previous misadventures across the galaxy. With this in mind, I've returned to the joystick-waggling spaceship sim, hoping to check out the fresh nonsense. Last time, we saw some surprisingly malleable character customisation. Today, it’s a two-for-one. I’m off to see some aliens, but I’m also taking a tourist with me.

You might have heard of the Thargoids, the scary and antagonistic alien race of the original Elite. Last year, pilots in Elite Dangerous found creepy barnacles on a planet, signalling the return of these extra-terrestrials. Today, you can find “non-human signal sources” floating around in star systems. Enter these pockets and you'll have a close encounter of the Tharg kind. This is what I am going to do. Don’t worry, I’ll be fine.

But there’s another feature I want to check out while I’m at it. You can now install passenger cabins on board your spacey vessel, and bring messy humans from one part of the galaxy to another. For example, a scientist might need to go to a remote star to collect data. Or 22 refugees might need safe passage to a faraway space station. 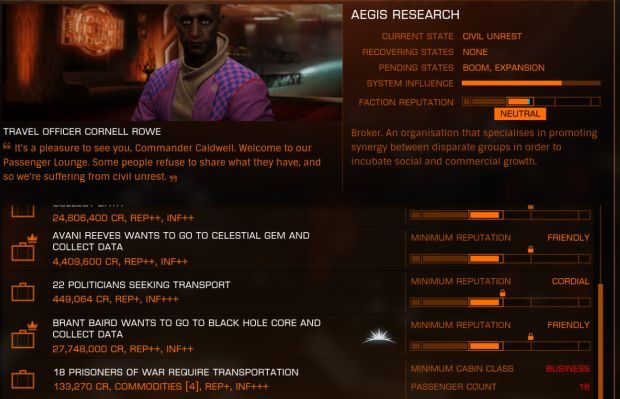 This is effectively a new type of cargo, but you also need to be wary not to upset your passengers, or take too long if they’re the impatient type. Some can also make demands of you, mid-flight, and generally act like stroppy divas. A happiness rating shows how content your passengers feel. If they complain too much, you ain’t getting paid. It’s like Uber, but with a slightly higher risk of burning to death in the heart of a boiling star. 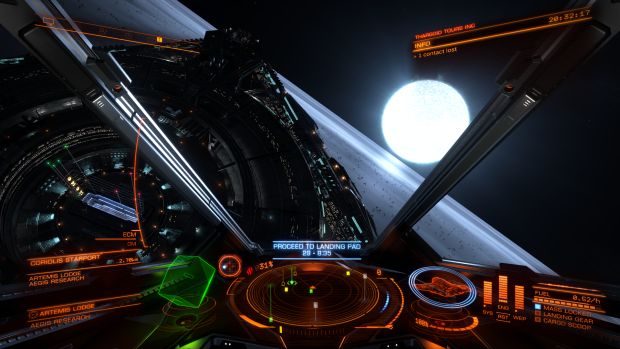 Before we get a passenger though. We need a new ship. Something capable of flying very very fast, but also something affordable, because I need to protect my profit margin. Ah, an eagle. 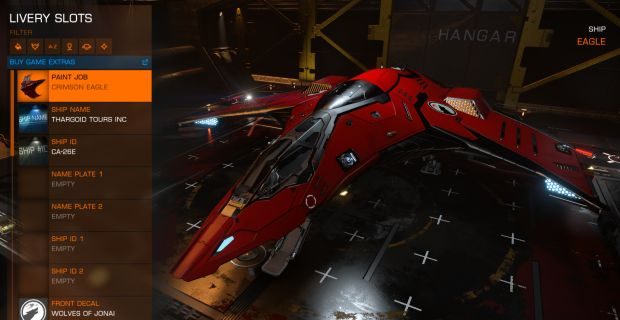 As you can see, I have painted it red and named it after my new company, “Thargoid Tours Inc”. Now to find a passenger. I saunter into the space station’s innards (I click on a menu marked “Passenger Lounge”) and eventually find this man. Shad McKnight.

He is a rich tourist, looking for adventure. "Show us the universe, commander!" he says. Don't worry, Mr McKnight, you’ve come to the right place. Climb aboard.

Now, the game does notfiy me that Mr McKnight actually wants to see a famous crater on a nearby planet. But we can do that later. He also hates being in real danger. He is the kind of tourist who seeks adventure in the safest possible environment. Like the cowards who swim with sharks while secure in giant cages. But that’s okay. Here at Thargoid Tours Inc, we are confident in our safety record. We have had zero accidents in our entire history.

In an ominous sign, however, the game glitches and gives me an unjust fine for hanging around the landing pad for too long. Even though I followed all take-off procedures to the letter. Mr McKnight is not pleased. 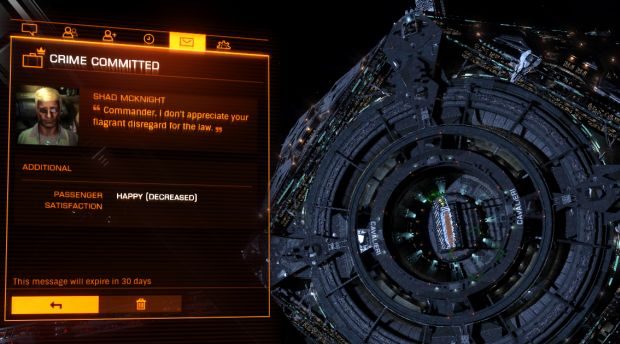 We bloop out to hyperspace and start looking around the system of Electra. Soon, we find a non-human life sign. The signal reads: “Threat level 6”, the highest in the game, but it is common knowledge that aliens only attack when they feel threatened themselves. We will be OK.

We drop into the pocket and discover a graveyard, soaked in green gas. 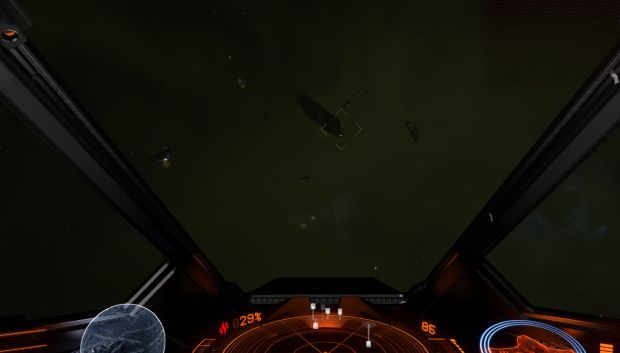 Then, from behind the wreck of a big cargo ship, a huge Thargoid vessel appears. I think they call these ones "Basilisks". 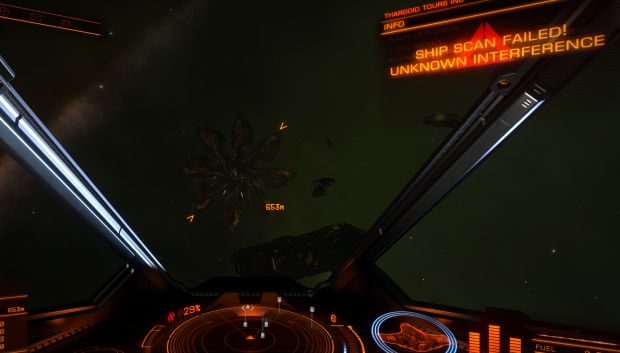 It starts scanning us. 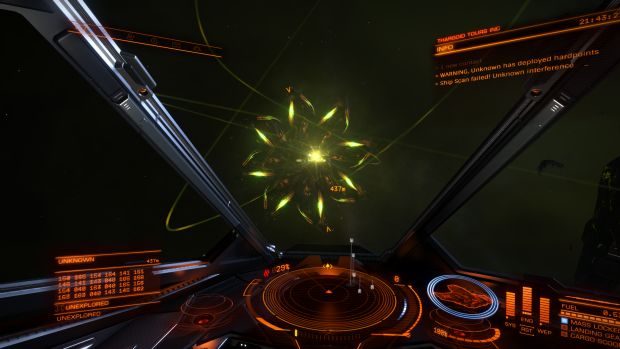 Then releases a swarm of alien drones. 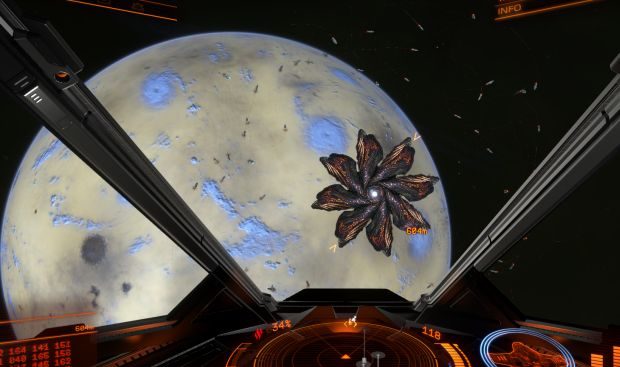 All perfectly normal alien behaviour. Here it is collecting an occupied escape pod. 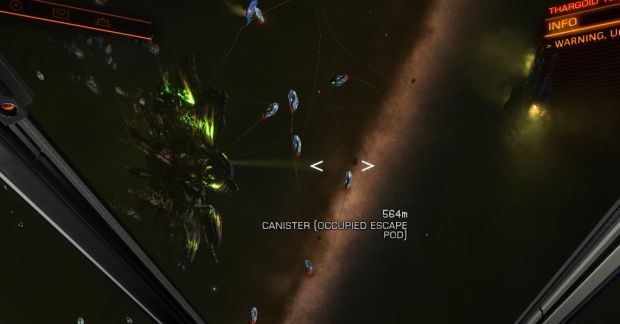 The human beings inside are destined for some of the famous hospitality of extraterrestrials. So far, Mr McKnight doesn’t seem at all flustered or enthused about this sighting. He has said nothing since leaving the starport. Maybe he is bored. Let’s get a little closer. 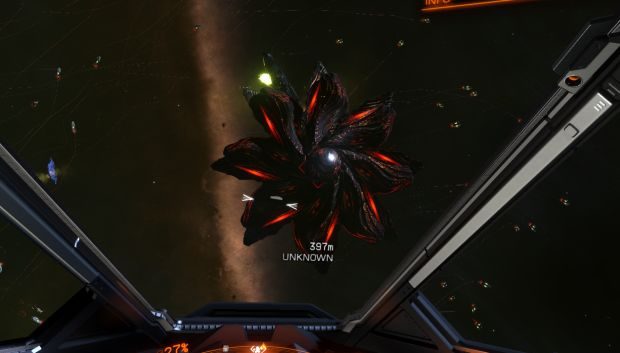 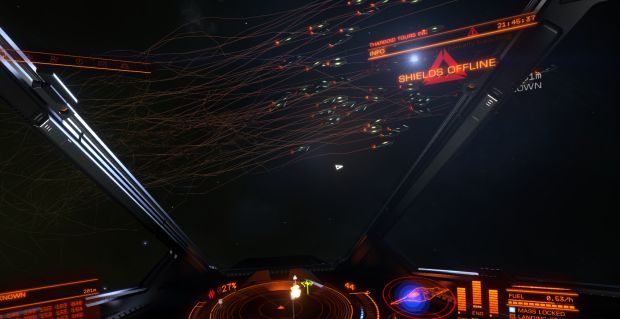 We're under attack. The mothership zooms off at a frightening speed. Its swarm of drones begins lashing us with… whatever melty projectile it is aliens use as a weapon. They soar past us, ripping my weak shields to bits. We start taking hull damage. Mr McKnight finally wakes up. 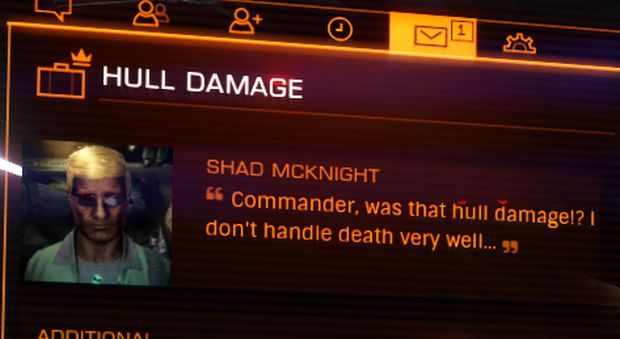 I turn around to escape, but can’t boost away from the vicious school of Thargoid piranhas fast enough. 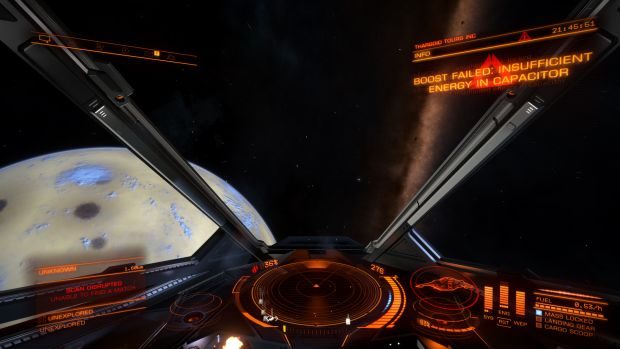 I do apologise Mr McKnight, this is the first time we’ve had any sort of trouble. If you’ll just bear with us for one mo-- 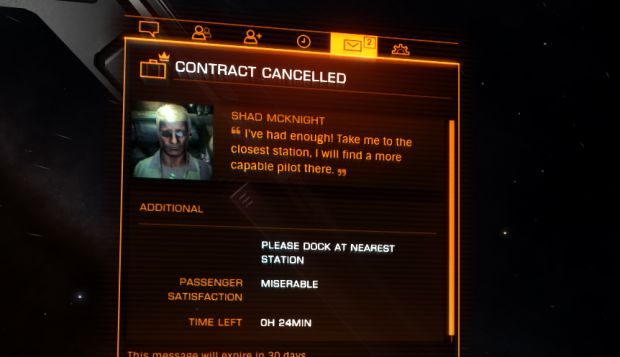 Oh. Okay, yes, right away. We’ll just get out of here as soon as… excuse me, the dashboard seems to be on fire. 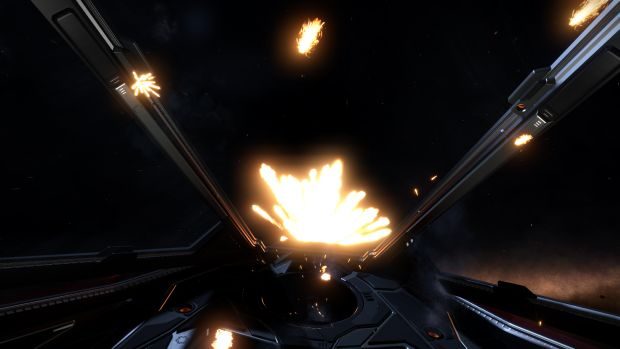 I’m so sorry, Mr McKnight, but it appears we’re about to die. I apologise for any inconvenien-- 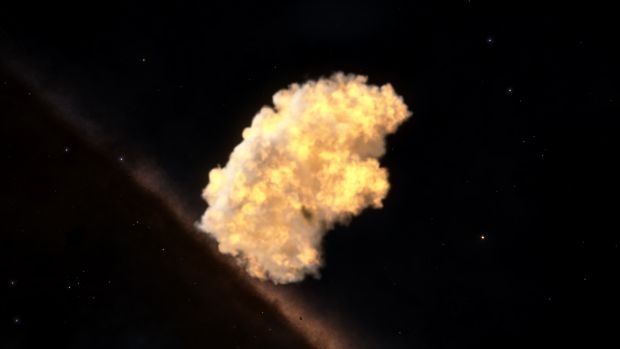 I respawn in my home terminal, secretly relieved to be rid of my wealthy passenger. He was very demanding, wasn’t he? Oh noooo, the hull is getting damaged, wah wah, the aliens are attacking us, boo hoo. If you ask for adventure, you get adventure. That’s what we say, at Thargoid Tours Inc. If you ask me, I’m glad he’s –

“You have a message from Shad McKnight.” 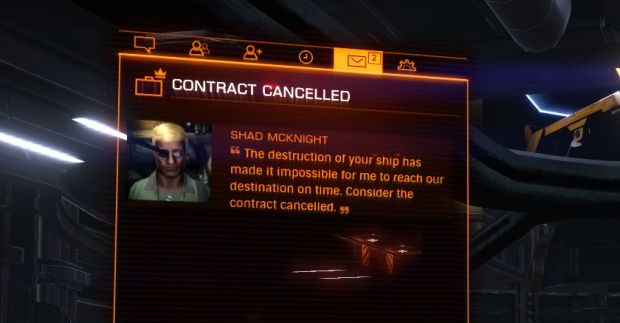 This message can only mean one thing. He’s broadcasting from an escape pod in the Electra system, and is slowly being pulled into the slimey cargo bay of an alien space ship, where they will welcome their wealthy guest by eating his skin. It looks like Mr McKnight is getting his adventure after all.