Gamers - they aren't just basement dwellers any more. Shocking, I know, but such is the premise of a bizarre 3D browser gallery opened by Activision Blizzard earlier this week. A free, tiny shrine to corporate art, the publishing giant's demographic-driven collection of prints have "levelled up" historical forms to create one of the strangest browser spaces I've ever attended.

Yes, even stranger than that cyberspace Oregon Country Fair.

As spotted by PCGamesN, Activision's Gallery Of The Gamer starts with a choice of two doors. Any good critic will find this a throwback to The Stanley Parable's famous decision, presenting a meta-commentary on player agency in first-person videogames. This gallery raises the stakes, asking you to consider an existentially thought-provoking question: are you a gamer?

It's all a ruse, of course. Step through either and you'll end up in the same room. We're all gamers, the installation exalts. Incredible. 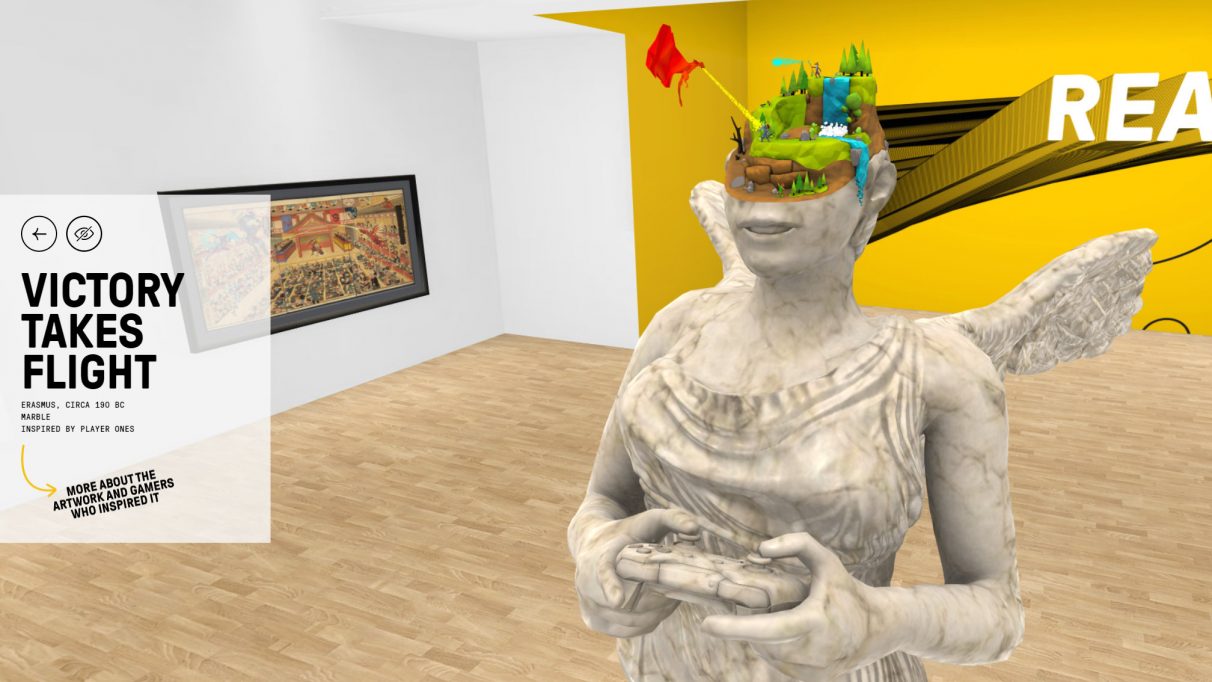 Inside, the viewer is greeted by a single 3D room, explored by clicking between various artworks. Each is a take on various historical forms - the 18th-century oil canvas, 50s pop-art, ancient marble statue, etc - with cheeky little gamer vignettes spliced in. Overwatch heroes duke it out over a Kabuki theatre, while Durotan Warcraft chastises a young fellow for ignoring the love they clearly share.

It's all a facade, of course. The entire gallery is really just a novel way for Activision's marketing department to share demographic breakdowns, taken from a survey of over 20,000 players. Each piece represents a different type of "gamer", you see, from the dabbler (may play something now and again) to the denialist (has four active WoW accounts, refuses to be called a gamer).

And that's really the sting, isn't it? I quite like me a good videogame museum. From crowdsourced bird galleries to a collection of lockpicking mechanics I inadvertently willed into existence, there's a fascinating scene of small creators using the format.

By presenting market research as an art installation, Activision may perhaps hint at the medium's greatest tension - the business need to sell profitable software, and a cultural demand to be seen as a legitimate art form. As it stands, though, I just think it's a bit naff.