"It's time to FIX PUBG," declare the makers of Playerunknown's Battlegrounds as they launch a new campaign detailing the many technical improvements and fixes they're working on. Framerate stuttering, rubberbanding players, desynced murders, and those dastardly cheaters are among the problems the devs list, detail, and plot the demise of on the new Fix Plunkbat campaign minisite. They've been putting out fixes and tweaks for as long as the game's been in development, and spoke recently about big future fixplans, but laying all this out clearly is a clear statement of intent for the next three months. It starts today with a big patch, which ironically has brought a big new problem too.

Developers Plunkcorp introduced the campaign in this morning's announcement:

"This is a phrase we’ve been hearing a lot lately. Since we released PUBG as an Early Access game last year, the game has grown exponentially, and we've been fortunate enough to have millions of incredibly passionate players like you. However, we haven't always been able to meet your expectations. Simply put, the game still has many unresolved issues.

"The bottom line is, you're the reason for our success. You've stuck with us, and now it's time for us to deliver the fixes you've been asking for."

The Plunkfix site exposes their plans in surprising depth. It explains each problem, details causes, and lays out how they plan to fix it, with a timeline and all. They gab about improving the server tick rate so play feels smoother, reducing desync so fewer shots bend around corners, amping up anti-cheat, fixing bugs, and optimising the dickens out of everything. 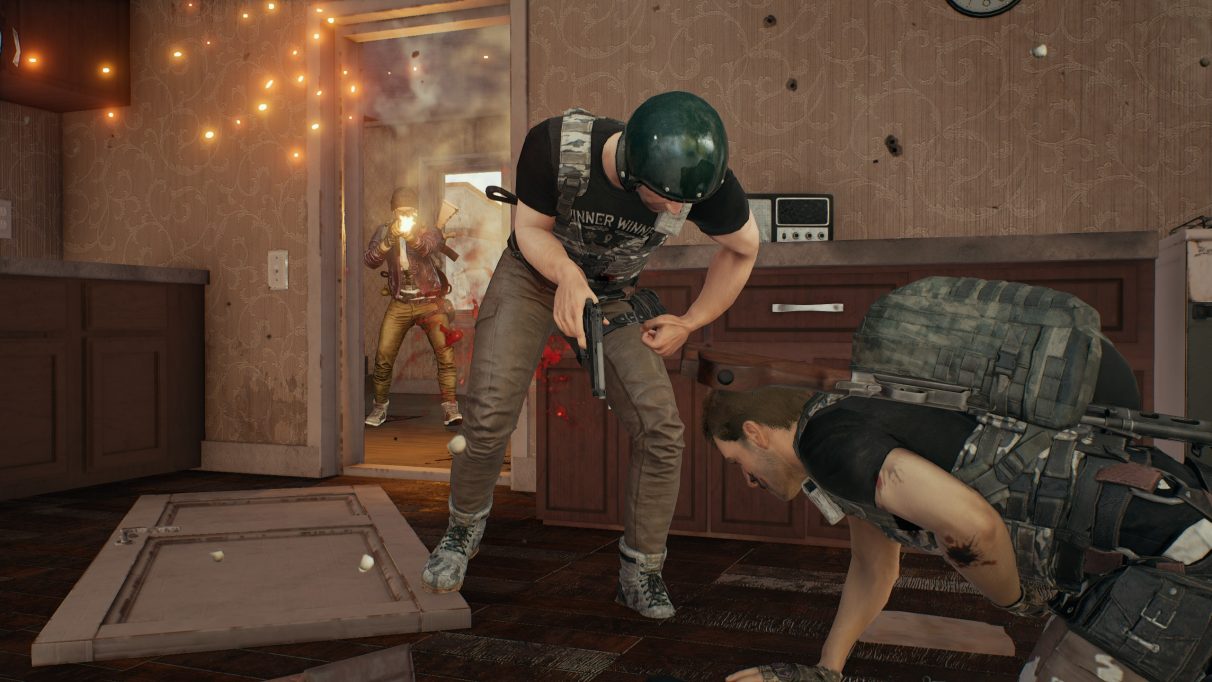 Fixing Plunkbat isn't new, of course. Many patches over the course of its developments have tweaked, optimised, and fixed a great many things, and much is clearly in a better state than it has been at times. But they evidently feel pressure to not only do better but communicate better, trying to turn the tide of opinion. It's still the most-played game on Steam by far but with Steam playercounts declining (which head honcho Brendan "Plunk" Greene says he's not concerned about, that it's just the game settling down) from ridiculous levels to merely monumental levels, restless players do seem to be complaining more. Fixing the game's technoguts lays solid foundations to build a stable and long-lasting game upon.

The first patch of FIX PUBG launched this morning, after a week in public testing. It brings bullet penetration so forearms don't block deadlier shots, easier ways to drop specific quantities of items with sliders and hotkeys, an end to the frustration shuffle of trying to swap weapon attachments with a full inventory, the ability to mute individual squadmates, more options to set (or unset) framerat caps, a few more buildings and useful landscape features across Erangel and Miramar, and plenty more. See the Update #19 patch notes for more on that.

For me, the real highlight is new 'Cloudy' variants of the Erangel and Miramar maps where weather changes dynamically across matches, rolling through cloud, rain, and fog. I have missed rain and fog so very much.

Progress comes at a price. In this case, the game now seems more volatile at launch. I've had it crash at launch since the patch, and I've seen others report it failing to connect to the lobby.

"We are aware that some players are unable to connect to the game lobby and our engineers are working on a fix," the Plunkbat support Twitter said at 5:38.

"Our engineers are still hard at work to fix this issue ASAP," they followed up at 9:51.