Fnatic may be better known as an esports company, but as their excellent Fnatic Streak keyboards have shown, they're quite the dab hand at making top-notch gaming peripherals as well. The Streak and its compact tenkeyless miniStreak companion have been sitting atop my best gaming keyboard list ever since they came out, and their Flick 2 and Clutch 2 mice aren't half bad either. Now, Fnatic are completing the set with their React gaming headset. Here's wot I think.

At £70 / $70, the Fnatic React isn't exactly the cheapest headset out there, but put it side by side with something like the £47 / $50 Logitech G432, for example (which is my current best gaming headset recommendation for those on a budget), and you can see where that extra money's going. Its faux leather ear cushions and thick, memory-foam padded headband look and feel a lot more upmarket than the G432's altogether more plastic construction, and I was able to wear the React a lot longer before it started to pinch the top of my head. Plus, its microphone is detachable, making it more suitable for wearing out and about if you want to use it with your phone or laptop.

The React doesn't have any fancy extra features that might push its price up even further, either, such as RGB lighting round the ear cups, equalizer modes or virtual 7.1 surround sound. Instead, it just gets on with producing great-sounding audio without the need to faff around with additional software. 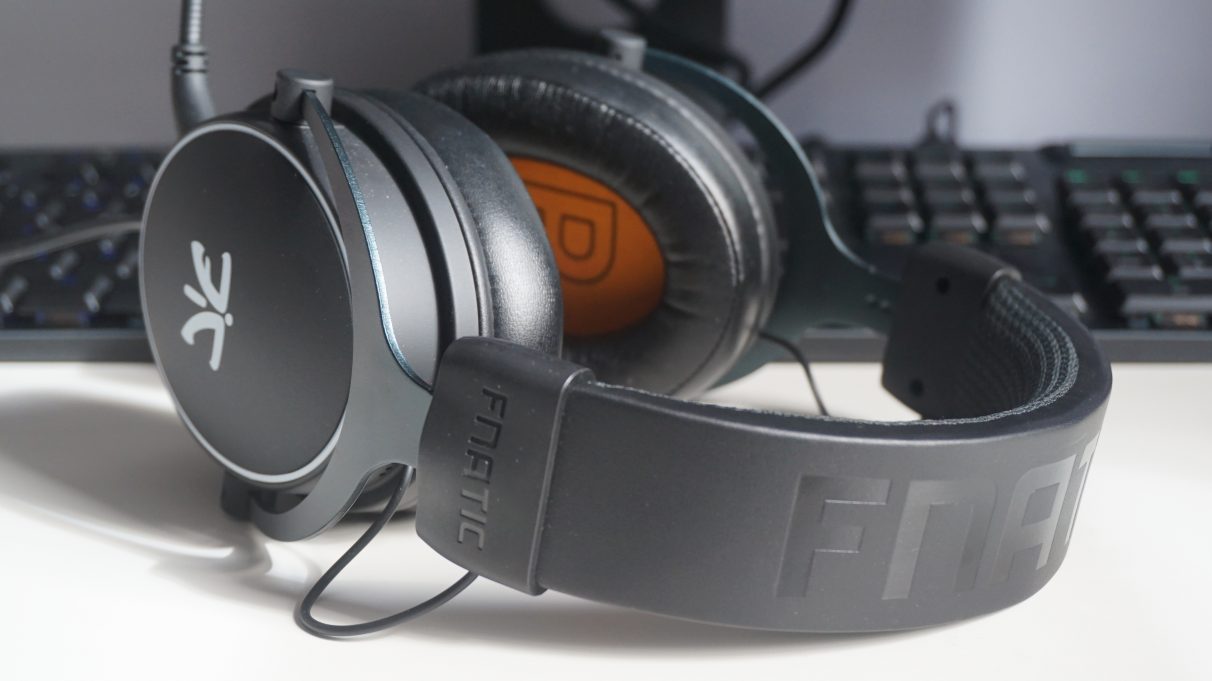 Fnatic say the React has been designed with esports in mind, but don't let this put you off. Indeed, when I tested the React with my usual suite of decidedly non-esportsy games, I found it was a fantastic all-round headset that's capable of delivering crisp, clear audio in a wide range of titles.

When I booted up Final Fantasy XV, for example, the React handled its orchestral soundtrack with ease. The strings and accompanying percussion sound warm and full of rich detail, and everything felt perfectly balanced against the game's environmental sound effects. Battles were never overwhelming, and the top-tapping music didn't get drowned out by the zips and zaps of Noctis' teleporting sword antics, either.

Doom felt very much at home on the React as well. As an FPS, it obviously leans into the headset's esportsy design cues, but it's still a knock-out audio experience. Everything was wonderfully clear, with crisp, crunchy, nay, bone-cracking detail, and I was able to pick out every squelch, squish and splat as I yanked out every last demon spleen. The headset's excellent directional audio also allowed me to pinpoint any remaining stragglers, and the thrill of hearing an imp's fireball roar past my ear or over my head never got old. 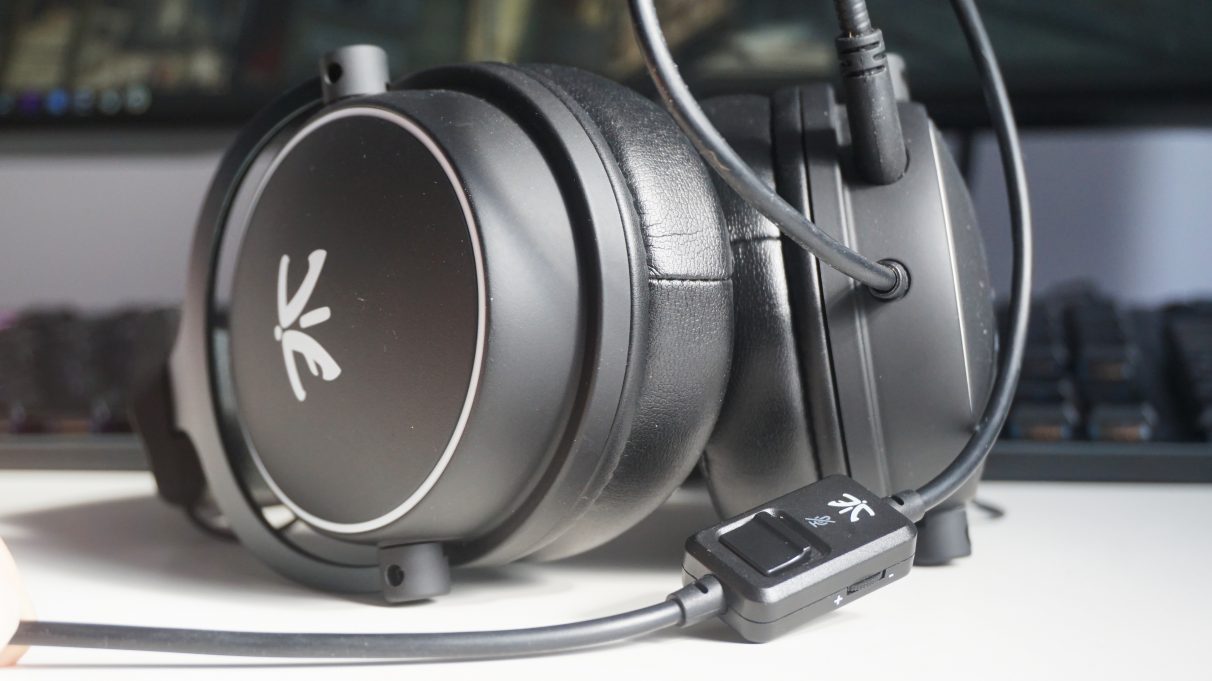 The only area where that keen sense of spatial awareness came slightly undone was during my last test game, Hellblade: Senua's Sacrifice. Here, the game's binaural audio lost some of its all-encompassing 360 degree effect and it often felt like the game's soundtrack had been reduced to simple stereo. It wasn't the end of the world, all told, as the voices themselves were still very clear and natural-sounding, but it didn't quite manage that tingling down the back of my spine sensation that other headsets have done in the past.

Still, in the grand scheme of things, the React performed well and I didn't have any complaints when I tried it with other games outside my usual testing trio. Its detachable microphone also put in a good showing, capturing my voice clearly without introducing any pesky muffling effects or additional pop sounds when I sighed or breathed too close to the large boom cover. It's not perfect - there was quite a bit of background hiss when I recorded myself talking in Audacity, and turning the volume down didn't really help matters much, either - but it's perfectly serviceable. 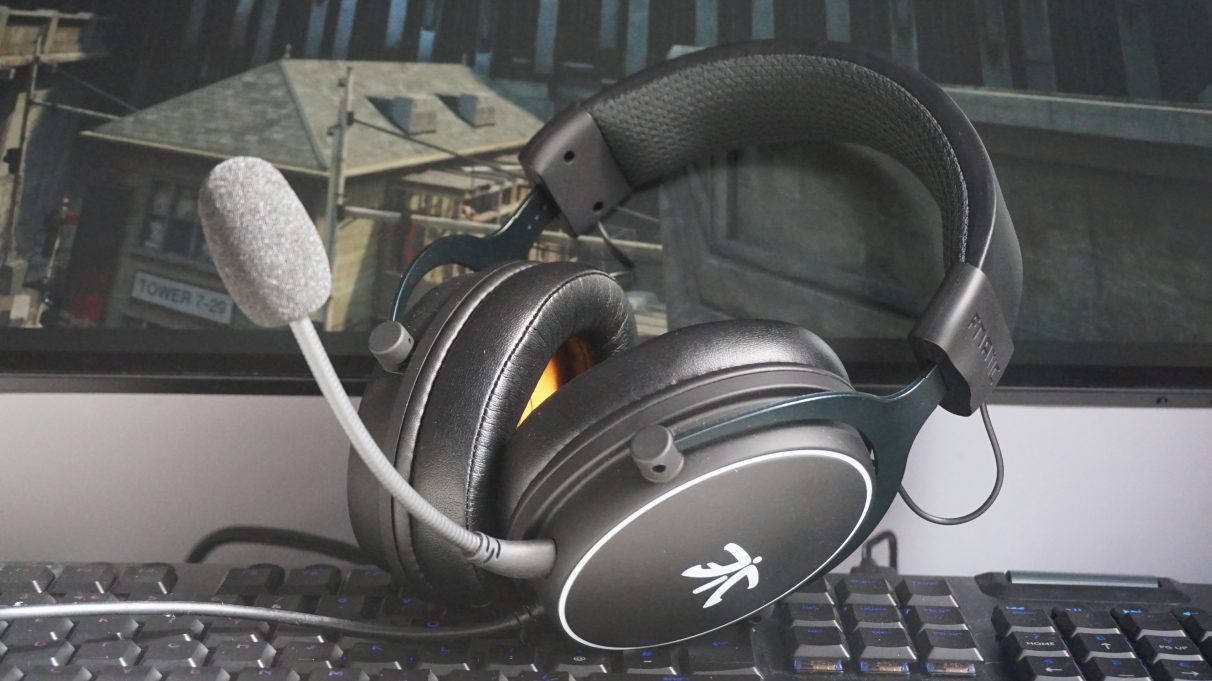 The React also struggled a bit when I tried using it as a regular pair of headphones for listening to music with, too. When I fired up my Final Fantasy XV soundtrack in iTunes, for example, my favourite Hunted or Be Hunted track sounded like the strings were being played in the next room with the sound being funnelled through an incredible tiny tube. Simpler, more sedate tracks fared a bit better - the fewer instruments being played, the better it sounded, really - but overall every track I played felt a bit restrained and thin on the ground compared to other headsets I've tested in the past. Again, it's perfectly serviceable if you don't have another pair of headphones to hand, but I was hoping for a bit more considering its £70 / $70 price.

As a pure gaming headset, though, there's plenty to like about the Fnatic React. Its excellent directional audio makes it a good fit for FPS games, and its comfier, sturdier design makes it more pleasant to wear for long periods of time than its cheaper, overly plasticky rivals. There's room for improvement in the way it handles regular music and that pesky background microphone hiss, but if you're after something straightforward that doesn't look quite as 'gamery' as, say, the similarly priced £70 / $80 Corsair Void Elite RGB (which is the successor to the very good Corsair Void Pro RGB), then the React is definitely worth considering.